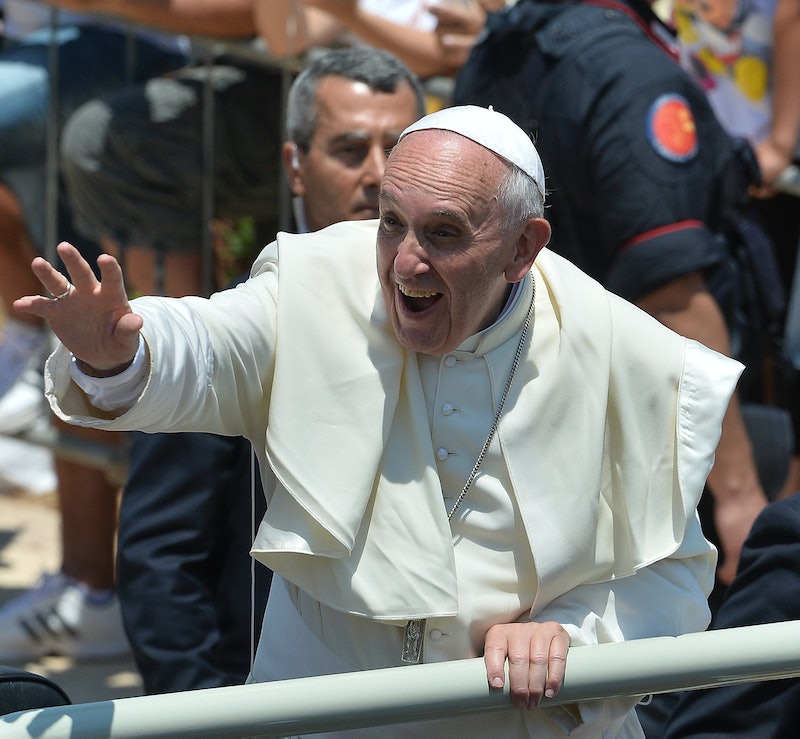 When he's not demanding ugly statues of himself be removed, turns out the newly appointed Pope Francis has been busy toughening up the Vatican's attitude towards sex crimes. Pope Francis is the lawmaker and Head of State of Vatican City, meaning he rules over the little walled city (population roughly 800) though not the rest of the Catholic Church.

On Thursday, he announced a move to change legislation, by increasing penalties for prostitutes, sex offenders, and perpetrators of sexual violence.

If you thought Congress is slow, turns out Vatican City laws have changed little since 1889. Pope Francis' adjustments were made partially due to recently signed international treaties—in particular, the U.N's "Rights of the Child" policy. The Church faced international pressure to tighten its sex-offender policies after a recent spat of child abuse crimes, and it is now illegal to abuse children in any way within the city. "Child abuse" has long been a criminal act in the city, but its definition was vague: now abuse officially includes pornography, sexual or physical assault, and child prostitution.

Another amendment to Vatican law pushes up the penalties for leaking information, in response to a scandal under Pope Benedict XVI. The then-pope's personal butler, Paolo Gabriele, leaked documents to Italian journalists over years, and ultimately published a book full of the leaks. The incident has been catchily referred to as "Vatileaks."

Oh, and here's that statue: