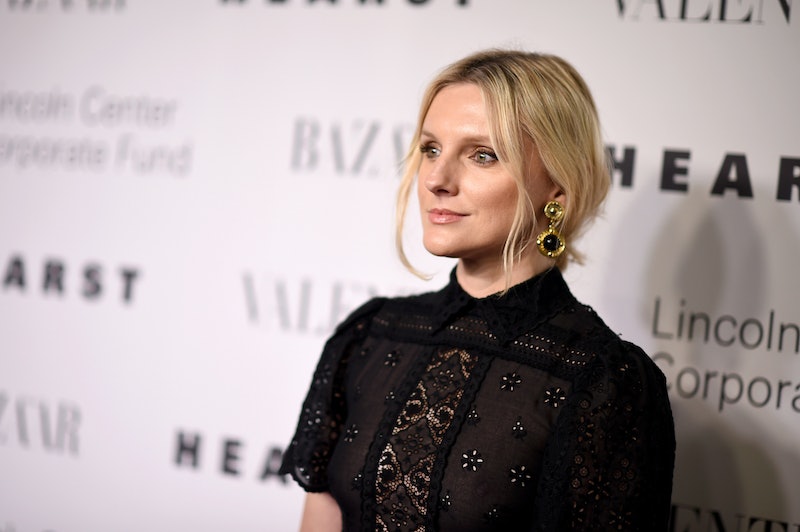 While the focus of the 2016 Miss USA pageant is obviously the contestants (or, if you're me, the Backstreet Boys), it's high time we pay some mind to the judges, who are actually the ones to crown the winner. And one of those 2016 Miss USA judges is Laura Brown, fashion journalist and Executive Editor at Harper's Bazaar — aka, it's safe to say that the woman knows her fashion. (Since the judges are critiquing the contestants on the swimsuit and evening gown portions and personality interview, having this extensive fashion background certainly comes in handy.)

If the blonde judge looks familiar, it's because this is far from her first on-screen appearance: Brown, who is Australian, was a featured judge on The Fashion Show (with co-judges Isaac Mizrahi and Iman) and she also hosts her on YouTube series, "The Look." As an editor for Harper's Bazaar — one of the country's most renowned and respected fashion glossies — she's interviewed everyone from Jennifer Lawrence to Janet Jackson, even learning the Macarena with Hailee Steinfeld (watch below). Girlfriend has also worked with the likes of esteemed directors Steven Spielberg, Martin Scorsese, and James Cameron (you know, just to name a few), collaborating with the A-listers on "film and fashion portfolios," her Miss USA bio states.

But Laura Brown isn't just a hero because she's a respected fashion editor at the top of her game (though, by all means, applaud her enormous career success — exactly as it should be applauded). She also gets props in my book for one, being so revered that she her very own Wikipedia page (the true mark of any ~celebrity~), and two, for successfully picking up her now-boyfriend at a restaurant (he was a waiter who left his number for her, and later wrote a whole Harper's Bazaar article on what it's like to date a fashion editor). Any Manhattanite worth her salt knows just how difficult it is to have a meet-cute blossom into a romance, and I love the fact that Brown and her comedian BF did it so perfectly, rom-com style.

In addition to Brown, the Miss USA telecast judges will be Ali Landry, Crystle Stewart, and Joe Zee. Stay tuned to watch the judges (and contestants) (and Backstreet Boys!) in action on Sunday, June 5 at 7 PM ET on Fox.