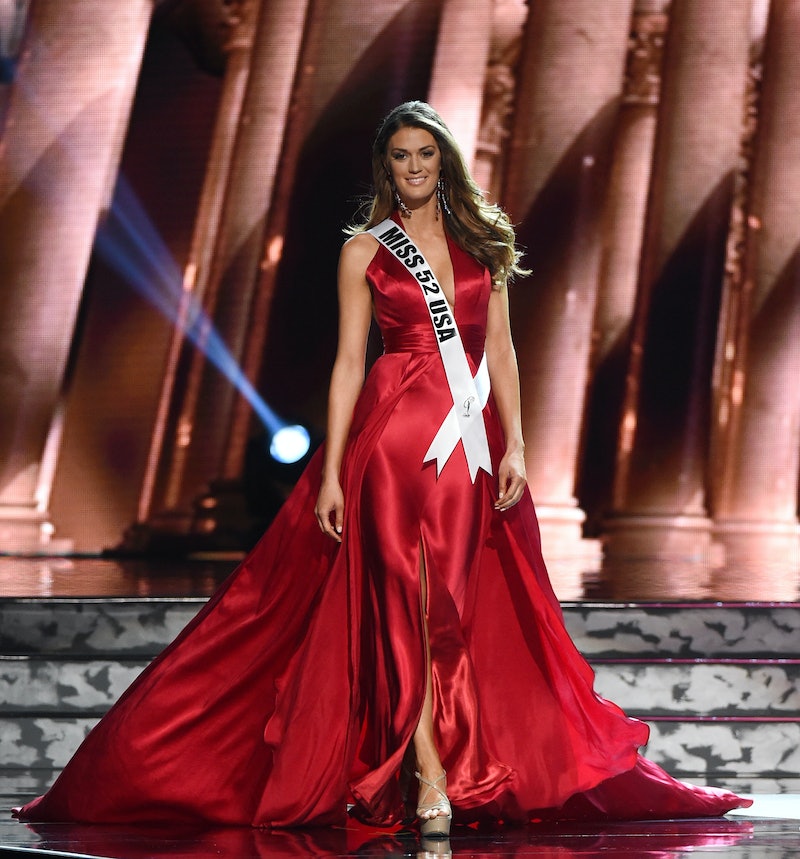 The Miss USA pageant traditionally has a delegate from every state, as well as our nation's capitol, but this year is mixing it up. Who is Alexandra Miller in the Miss USA pageant? Miss 52 was chosen from 10 finalists by fans through social media to compete and she's already put in the effort and the patience to earn the slot.

Miller's path to the Miss USA stage is actually pretty cool, if pageant rules are your thing — and they totally should be, because it's super complicated and fascinating. Here's what went down, according to an interview with People. In 2014, Miller was the runner-up when the current Miss USA, Olivia Jordan, won the Miss Oklahoma title that got her to the main event. Jordan became Miss USA and had to relinquish her Oklahoma title, which then went to Miller. However, that means that as a current title holder, Miller could not compete in the Miss Oklahoma and therefore Miss USA pageant this year.

Confused yet? Ultimately, none of that matters, because the fan vote got her in through a loophole and now she's able to try and win the crown from her former competition. Also, at 26 years old, this year's pageant will be the last time that Miller is eligible for the title. The pressure is on!

What else do we know about the first ever 52nd Miss USA contestant? People also reported that Miller was an athlete for "most of her life" as well. Competition comes naturally to Miller in many forms. Outside of the pageant world, she works in IT, as you can see in the above video.

Most of all, after competing for years and only making it as far as first runner-up for so long, this dream has been a long time coming. The fact that she has a personal connection to the current Miss USA makes this extra special.