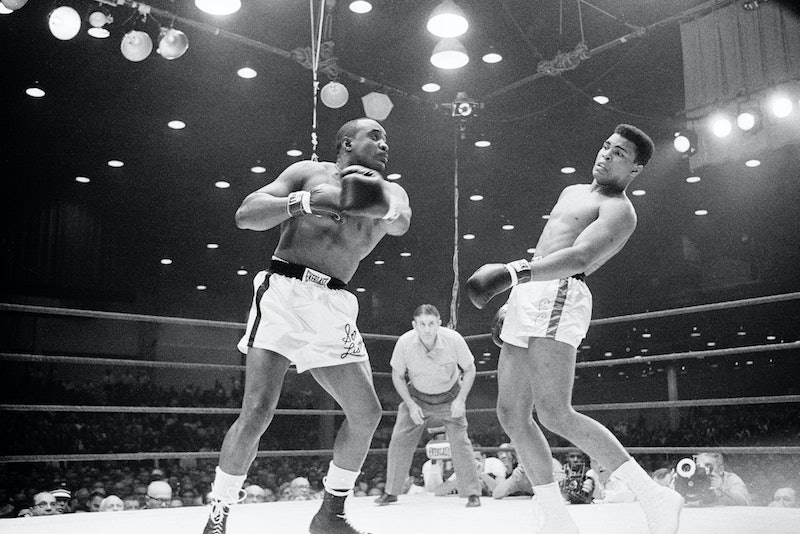 Late Friday night, boxing legend Muhammad Ali died at age 74 after a 32-year battle with Parkinson's disease. While he focused on humanitarian efforts later in life, the three-time world heavyweight champion was first known for his outstanding skills in the ring. And the origin of his most famous quote, "Float like a butterfly, sting like a bee" was uttered just before what would be a life-changing fight for the boxer.

In 1964, Ali was 22 years old, and still known by his birth name: Cassius Clay, Jr. In Miami Beach, Florida, Clay was the underdog in a matchup against Sonny Liston, who had been the world heavyweight champion since 1962. The Independent reports that there was a genuine fear that Liston would kill Clay, but Clay wouldn't be intimidated: According to History.com, he spent days leading up to the fight taunting Liston and telling reporters he knew he would win.

Just before entering the ring, Clay said what would become one of his most famous quotes, and a phrase used to define his fighting style: "Float like a butterfly, sting like a bee. The hands can't hit what the eyes can't see." In the end, Clay won by technical knockout.

A year later, Ali (he had changed his name by then) defeated Liston again, this time winning by a knockout, and solidifying his place as The Greatest in the world.