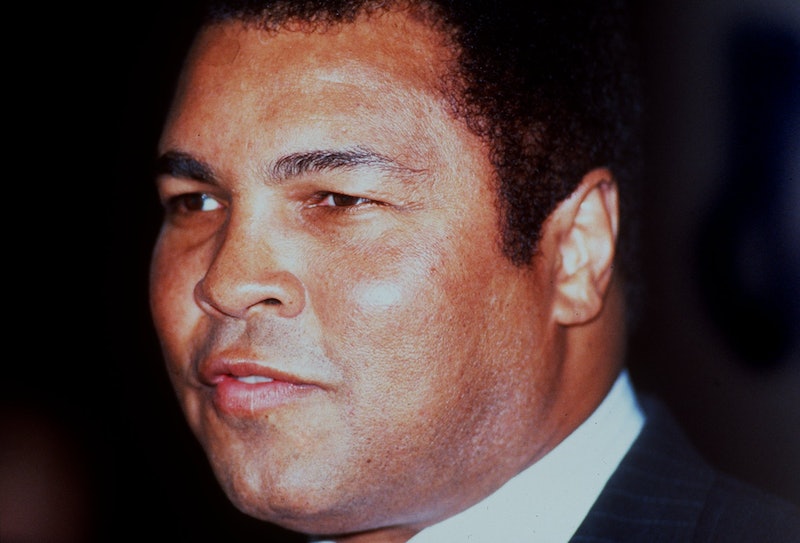 Once, heavyweight champion Muhammad Ali and now-presidential front-runner Donald Trump were acquaintances. That came to a swift end this spring, when Donald Trump openly and controversially stated that, as president, he would impose a "Muslim ban" that would bar all Muslims from entering the United States. In a strongly worded statement, the elderly Muhammad Ali spoke out against Trump's "Muslim ban" proposal, openly deriding it as misunderstanding the fundamental origins of Islam.

In a rare statement that didn't name Trump but was titled, “Presidential Candidates Proposing to Ban Muslim Immigration to the United States," Ali said:

We as Muslims have to stand up to those who use Islam to advance their own personal agenda. They have alienated many from learning about Islam. True Muslims know or should know that it goes against our religion to try and force Islam on anybody. ...

Speaking as someone who has never been accused of political correctness, I believe that our political leaders should use their position to bring understanding about the religion of Islam and clarify that these misguided murderers have perverted people’s views on what Islam really is. ...

I am a Muslim and there is nothing Islamic about killing innocent people in Paris, San Bernardino, or anywhere else in the world. True Muslims know that the ruthless violence of so called Islamic Jihadists goes against the very tenets of our religion.

Trump later walked back his so-called "Muslim ban," describing the racially charged proposal as "just a suggestion," but the damage was done.

Ali's words echoed that of countless others who described Trump's Muslim ban, inspired by the terrorist events in San Bernardino, California, as crucially misunderstanding Islam and the vast, vast majority of Muslims inside and outside of the United States.

Trump's statement provoked backlash from international leaders, celebrities, and American citizens alike; however, given that Trump ended up winning enough delegates to secure the Republican nomination, it may also have won him more xenophobic supporters than he would have otherwise.

Ali died at the age of 74 at his home, surrounded by family. He had recently battled a respiratory illness and had struggled with Parkinson's disease for decades. In a statement, his daughter Rasheda said that her father was "no longer suffering," reported NBC.