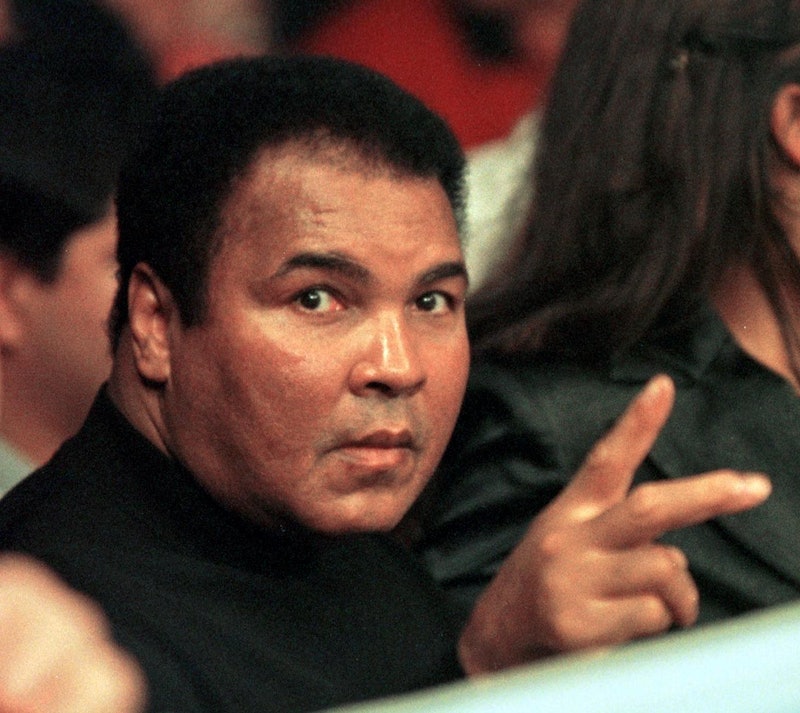 When he refused to submit to the U.S. Army draft in 1967, the late Muhammad Ali created a domino effect that would take him out of the boxing world for four years. Ali had to have known at the time that becoming a so-called draft dodger could have potentially career ending consequences, so why did Muhammad Ali refuse to be drafted? The outspoken critic of the Vietnam War wouldn't compromise his views, even as legal punishment loomed.

On April 28, 1967, Ali reported to the Military Entrance Processing Station in Houston. As officials called his name for induction to the Army to fight in the Vietnam War, he wouldn't step forward. He was eventually arrested, but that wasn't even close to the end of his legal woes. It took four years to eventually settle the score, taking the case all the way to the Supreme Court. In the meantime, he was barred from boxing in the United States and stripped of his world heavyweight title.

Ali risked everything for his principles. He had previously put in three separate appeals to have his draft status changed, not because of his boxing career, but because of his non-violent Muslim faith. All of the appeals failed.

Why should they ask me to put on a uniform and go ten thousand miles from home and drop bombs and bullets on brown people in Vietnam while so-called Negro people in Louisville are treated like dogs and denied simple human rights?

No, I am not going ten thousand miles from home to help murder and burn another poor nation simply to continue the domination of white slave masters of the darker people the world over. This is the day when such evils must come to an end. I have been warned that to take such a stand would put my prestige in jeopardy and could cause me to lose millions of dollars which should accrue to me as the champion.

But I have said it once and I will say it again. The real enemy of my people is right here. I will not disgrace my religion, my people or myself by becoming a tool to enslave those who are fighting for their own justice, freedom and equality. …

If I thought the war was going to bring freedom and equality to 22 million of my people they wouldn’t have to draft me, I’d join tomorrow. But I either have to obey the laws of the land or the laws of Allah. I have nothing to lose by standing up for my beliefs. So I’ll go to jail. We’ve been in jail for four hundred years.

Ali's outspoken refusal to submit to the draft was not only bold, but set a precedent for both black and Muslim Americans to stay true to their beliefs.