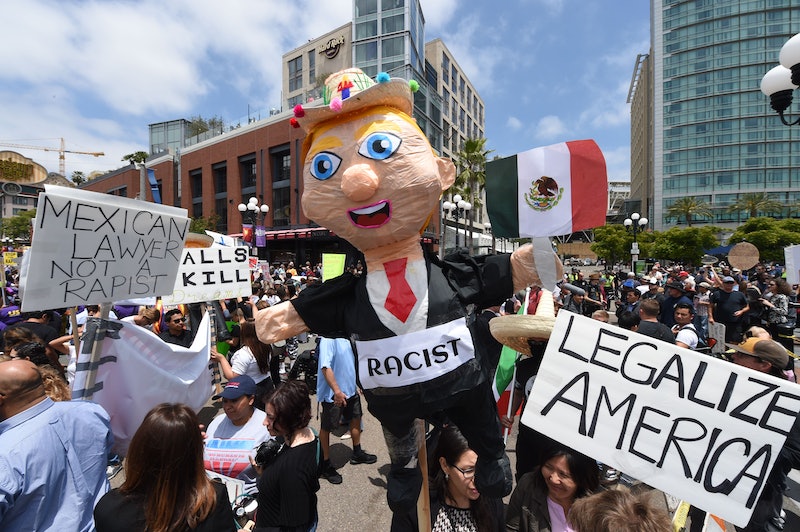 Despite the number of her delegates, it's been a while since California has played a starring role in any presidential primary. Presidential nominees are now frequently decided well before a primary race reaches the shores of the Golden State. And despite early hints that the tide might have turned for the state with the most votes in the Electoral College, it appears this year will be no different. Analysts predict the Democratic primary, the one race still-contested, will be wrapped up before polls close in California. Still, ballots will be cast and Californians will have their say. So, h ow will delegates be allocated in the California primary?

National party rules dictate all Democratic primaries allocate pledged delegates on a proportional basis and California proves no exception to the rule. The state's 475 pledged delegates will be allocated proportionately among the seven candidates on the ballot in accordance to the results of a statewide vote. California's 73 superdelegates, however, head to the Democratic National Convention unbound by the statewide vote, able to vote for the candidate of their choosing. While the majority of the state's pledged delegates are expected to be divided between frontrunner Hillary Clinton and Sen. Bernie Sanders, Clinton has already snagged most of the state's superdelegates.

Delegate allocation in California is much simpler for members of the GOP as the state holds a winner-take-all Republican primary. The candidate holding the majority of votes in any of the state's 53 congressional districts will receive all 3 delegates appointed to that district. An additional 10 at-large delegates are awarded winner-take-all style to the candidate who receives the most votes statewide, according to California Republican Delegation rules. Real estate mogul Donald Trump became the party's presumptive nominee in May when he secured the minimum number of delegates to lock down the party's nomination.

Californians may not be casting the deciding votes in this presidential primary, but the state will look to play a more major role when Republicans and Democrats battle for the White House in the general election.