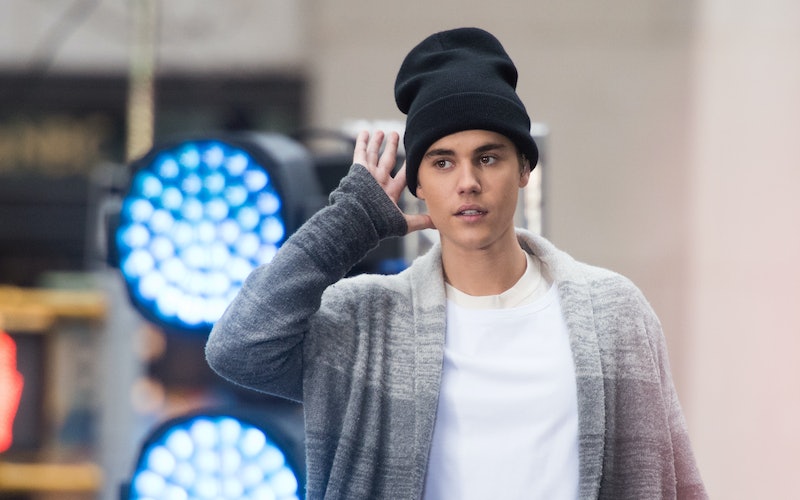 From the swooping hairstyle that stole America’s hearts to the blonde dreads he sported at the iHeart Music Awards, Justin Bieber’s hair has always been a hot topic. And, his latest look might just be his most daring yet, a platinum buzz cut. That’s right, Justin Bieber’s platinum hair, is real, according to Refinery29.

Poking fun at his many hair styles and in promotion of his Justmojis app, Justin posted a picture on his Instagram on June 4 with a caption that read, “I changed my hair again…get the Justmoji app to see.” While a new hairstyle was inevitable for JB, he has been changing his hair monthly, I thought he’d have to let his buzz cut grow out before yet another transformation. Little do I know, as Justin’s buzz cut was completely transformed with a new platinum hue.

Joining the likes of Jennifer Lawrence, Taylor Swift, and Zac Efron, Justin Bieber’s new ‘do is on-trend to say the least. While it is no surprise that the platinum hair color is in for summer, I do have to say I was quite shocked to see Justin join the blonde brigade once again. If you are a fan of the bleached look for summer, scroll down to see JB’s latest and greatest hair transformation as well as a few of his past ‘dos.

JB gave a sneak peak of his newly dyed buzz on his Justmoji app, but don't worry if you haven't downloaded it yet, he is posting pics of his new 'do all over Instagram

After sporting dreads, Justin cut off his locks and went for an au natural buzz cut.

JB's dreadlocks were both dramatic and short-lived.

Justin took a stab at the man bun trend with this bleach blonde ponytail style.

The Bieb's sported a slicked back style at the 2016 Grammy Awards.

After his bronde look at the 2015 MTV VMAs, JB went full on blonde and opted for an undercut hairstyle with long bangs.

Justin 2015 MTV VMAs look is arguably the start of his dramatic hair transformations.

Justin trimmed up his locks for the 2015 Met Gala.

After some very pristine and gel-heavy hairstyles, JB opted for a low maintenance grown out 'do.

Justin's natural colored undercut is both grown up and sophisticated.

After cutting his signature swoop, the Biebs tried a few different styles including the pompadour.

Justin looked elegant and refined with this grownup and gelled back look.

Justin changed up his signature hairstyle with a few front layers.

The swoopy hairstyle that gave us all Bieber fever.

With so many hairstyles already achieved, I can only wonder what Justin will do next.