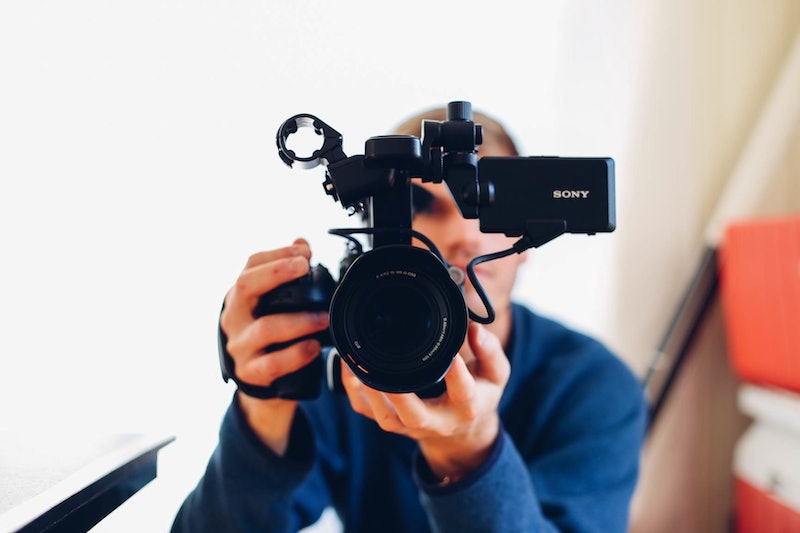 If you're anything like me, you have a tendency to spend hours upon hours of your life each week wandering around the internet, whether its listening to weird music, getting sucked into the 2016 election media vortex, or watching way too many videos on YouTube. In case you mostly fall under that last camp, and you're also LGBTQ, an ally, or want to educate yourself, allow me to present you with the best LGBTQ YouTube channels. Why waste time doing a whole lot of nothing on the internet when you could watch funny, articulate, and energetic LGBTQ people talk about their identities, lives, hobbies, and passions instead? You can thank me later, because trust me: These channels are all well worth your time.

In my experience, LGBTQ YouTube serves two functions: One, it acts as an outlet for YouTube personalities; whether they're a trans man struggling to get hormones, a lesbian woman unsure of her sexuality, or a bisexual man having a hard time coming out to his family, YouTubers can use the vast audience on the internet to find support, love, and advice from people who have had similar experiences. Secondly, LGBTQ YouTube serves as a gateway for young people within the LGBTQ community who are looking for likeminded people, especially when they can't find support within their immediate, physical community.

So without further ado, lets explore some of these figures and how they use YouTube to make an impact.

If you're excited about watching the lives and times of two married-to-each-other lesbians named Rose and Rosie (yes, really), the YouTube channel Rose Ellen Dix is perfect for you. Rose and Rosie cover everything from relationship advice to sex toy talk and from what it feels like to fall in love with a straight girl to yeast infections. They're cute, funny, and have adorable British accents.

If you haven't heard of lesbian YouTube personality Hannah Hart, you may have been living under a rock. (No judgment, though; I'm just here to lift that rock up off you and show you what you've been missing.) Hannah Hart, known as MyHarto on YouTube, gained fame from her YouTube show My Drunk Kitchen, in which she — you guessed it — drinks wine and tries to cook. Now, Hart makes a variety of videos in which she tackles lifestyle topics, listicles, and participates in YouTube tags.

Kat Blaque is a black, transgender, feminist woman whose YouTube channel is filled with social justice discussion topics like political lesbianism, pronoun use, internet trolls, and sexist rap music. If you want to learn more about certain racial, gendered, or political issues or want to ask her a question, tune into her channel. This opinion vlogger sometimes describes her views as controversial, so be prepared to hear some unexpected ideas.

Alex Bertie is a trans YouTuber from Dorset, UK who uses his channel to talk about his personal life and struggles, experiences, and triumphs that come with being trans. Like Rose and Rosie, he's got a killer accent, and he often makes videos with his significant other, Jake.

Bisexual YouTuber Ashley Mardell makes educational videos about gender and sexuality in a series called The ABCs of LGBT, as well as a variety of lifestyle videos where she talks about her personal life and her relationship with her adorable significant other.

Ambers Closet features tomboy fashionista Amber covering a variety of topics from LGBTQ+ issues to fashion via comedy skits, vlogs, and challenges. According to her YouTube bio, she started her account "to help others that may be struggling with their identity, to break stereotypes, as well as to showcase my unique androgynous/tomboy style."

If you haven't watched Hart's video with the Watermelon, immediately stop what you're doing and watch it because it's funny, smart, and makes a great point. If you like what you see, head over to her channel for music, sketches, comedy, and talk about her experiences as a lesbian.