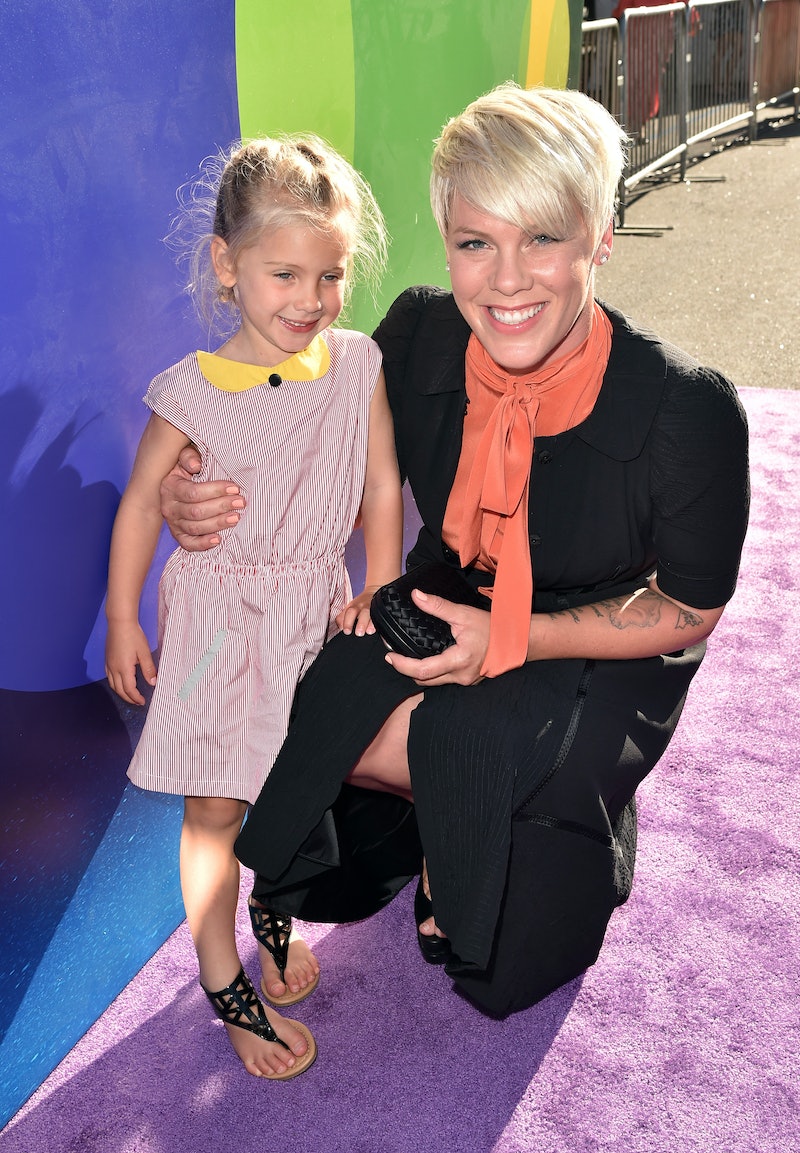 I remember my first crush. Oh, I remember it well. Mainly because I, uh, still kind of haven't gotten over it. The first object of my affection? One sultry New York Yankee named Derek Jeter. Hubba hubba. Anyway, the point of my confession was, that I totally get why P!nk's daughter, Willow, loves Matt Damon — so much so that she even had a Damon-themed cake at her fifth birthday party. Young love can be all-consuming.

Over the weekend, Pink posted a picture of Willow's birthday cake on Instagram with the caption, "Matt Damon made it after all." But, the thing is, this cake wasn't your average, run of the mill sheet cake with a picture imprinted into the icing. No, this cake was a masterful tribute to Damon's movie, The Martian, complete with a planet Mars replica and an edible Damon figurine sitting atop it in his astronaut gear. How great is that?!

You might be slightly confused by Pink's interesting dessert theme for her kindergarten-aged daughter. Like, if I had to guess, I would have assumed the kid would want a cake in the likeness of, oh, I don't know, Frozen or Teenage Mutant Ninja Turtles or something of that nature. But, that's only because I, like you, wasn't originally aware of Willow's infatuation with the Oscar award winner.

If you take a look at the tweets from the Kyle and Jackie O. Show quoting their April interview with Pink below, it all makes sense. During the singer's chat with the radio show, she revealed her little girl's preoccupation with Damon and her request that he come to her birthday party, months in advance.

Pink told Entertainment Tonight that Willow was angry with her because she found out that Pink had been blabbing about said Damon crush.

She's already upset with me because there's a new game we play called Ask Siri -- which, she just found out last week there's a Siri -- and I said, 'Siri, Willow-Matt Damon' and all this stuff came up. [Willow]'s like, 'How do they know?' She got mad at me! I was like, 'Oh my God, I need to keep my mouth shut. Sorry!

The site also relayed that the singer elaborated on the girl's "pretty serious" infatuation anyway, saying,

She wakes up and rolls over and goes, 'Matt Damon.' I'm like, 'I know.' ...I'm thinking I'll get her a Matt Damon poster [for her birthday]. I've never talked about Matt Damon this much in my life! She made me google Matt Damon dolls. That was disturbing. Do that sometime, they're very disturbing.

And so, in the end, Pink apparently ended up caving to her daughter's Damon whims. The cake was a strangely endearing ending to this story that Willow will most likely look back on with a little bit of embarrassment and a lot of love for her very thoughtful mom.

Mom/daughter goals, for sure.