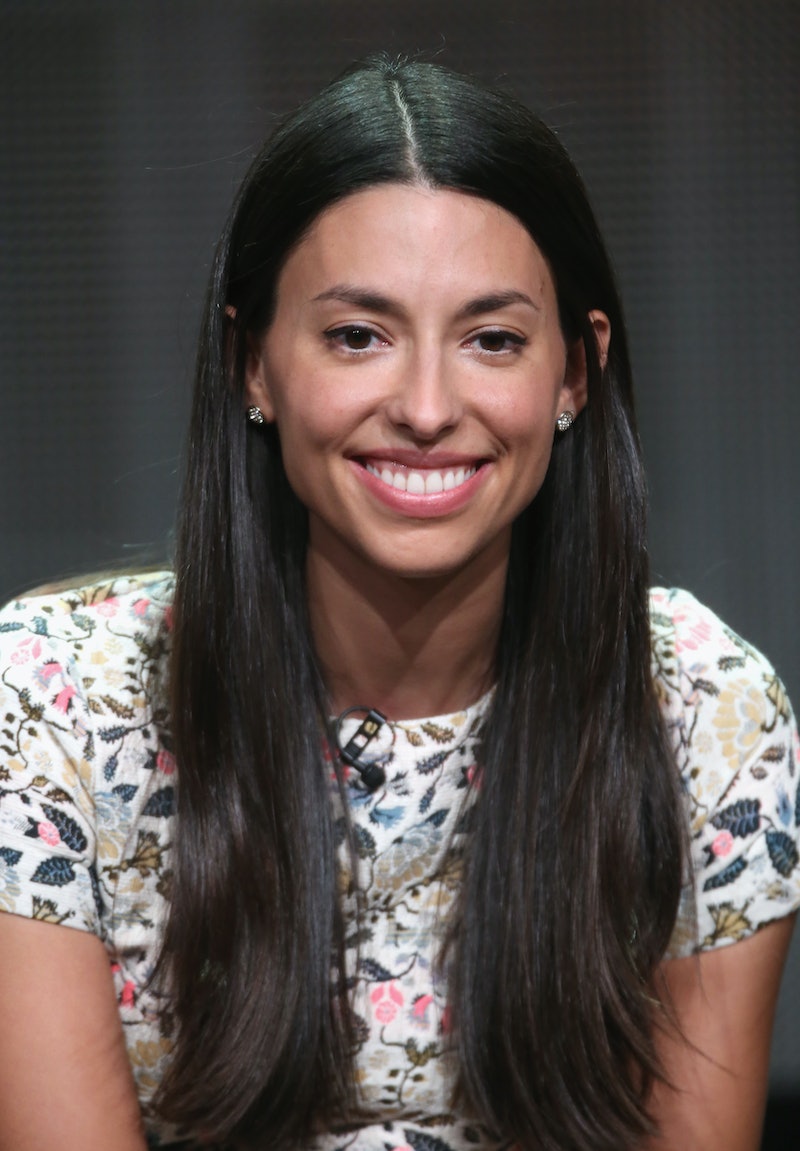 You've got to love a good-old-fashioned hidden camera show. Seeing how people react in ridiculous situations will never not be funny. But Ladylike, a new hidden camera comedy show premiering on MTV on Thursday, June 9 at 11 p.m. ET, puts a new twist on the classic formula by turning gender stereotypes on their head. Once you find out a little bit more about who Jade Catta-Preta is, one of the cast members of Ladylike , you'll see why this new series is going to be nothing short of hilarious.

Ladylike is executive produced by Ryan Ling, who also created and served as executive producer on Girl Code. As such, you might recognize Catta-Preta and many of her Ladylike co-stars from the MTV show where commentators share their own stories and give women tips for a variety of situations. Catta-Preta will also be joined by Nicole Byer, Megan Gailey, Blair Socci, Shannon Coffey, Anna-Lee Wright, and Matteo Lane on Ladylike.

It looks like Ladylike will not only make us laugh but also make us think, which is not something many comedic hidden camera shows have been able to pull off in the past. Having the show be educational while still maintaining its entertainment value is going to be a difficult balance to strike, but with Catta-Preta lending her talents to the series, I'm confident Ladylike will be able to accomplish that.

She Was On Girl Code

As previously mentioned, Girl Code fans should already know Catta-Preta. She has appeared in several episodes of the MTV series. The fact that she's starring in Ladylike alongside Girl Code standout Byer speaks volumes about Catta-Preta's comedy chops.

She's Been All Over Your TV...

However, Catta-Preta doesn't just bring the funny on Girl Code. She has also had recurring roles on Showtime's Californication and the short-lived ABC romantic comedy Manhattan Love Story. You've also probably come across her in appearances on shows like 2 Broke Girls, The Jim Gaffigan Show, and Angels From Hell. She also hosts "Flashback Friday" segments on VH1 with Michelle Buteau. I don't think Ladylike will be the last time we see Catta-Preta on TV, either.

Catta-Preta has also starred in digital shorts for Funny Or Die and Comediva. One of her best-known sketches is a commercial for Cat Spanx, which promotes exactly what it sounds like and you can check out above. It's a cute clip for something that should definitely not exist in real life.

You Can See Her Live

In addition to her on-camera work, Catta-Preta is also a stand-up comedian, as you can see in the NSFW clip from her set at the Cabo Comedy Festival above. She has upcoming shows in California, but she can also be found performing all over the country, according to her website. She has also featured (or performed as a middle act) for Bill Burr, Kevin Nealon, and Bobby Lee in the past, her Ladylike bio says. If Ladylike really takes off, we should expect Catta-Preta to be headlining her own shows more often in the future.

Catta-Preta isn't originally from these parts. She was born in Brazil, and she told Moshery how being a native of that country influenced her comedy career. "I’m a hugger and a toucher. I’m loud and open and crude," she explained. "I think moving to Charlottesville, Virginia when I was entering my 'I just have nipples as boobs/yearbook editor teenage years' is why I ultimately fell into comedy. Making people laugh was always my equalizer and I think that started all the way back when I was still learning to grasp English." I'm certainly glad Catta-Preta's unique sense of humor made it to the States.

Her Boyfriend Is Funny, Too

Catta-Preta has been with fellow actor and comedian Nick Rutherford for six years, according to her interview with Moshery. He also wrote for Saturday Night Live and formed the sketch comedy group Good Neighbor with SNL cast members Kyle Mooney and Beck Bennett. Not only do the two yuk it up when they're together, but they also look like an adorable couple.

After you see Catta-Preta on Ladylike, you'll probably fall in love with her, too.