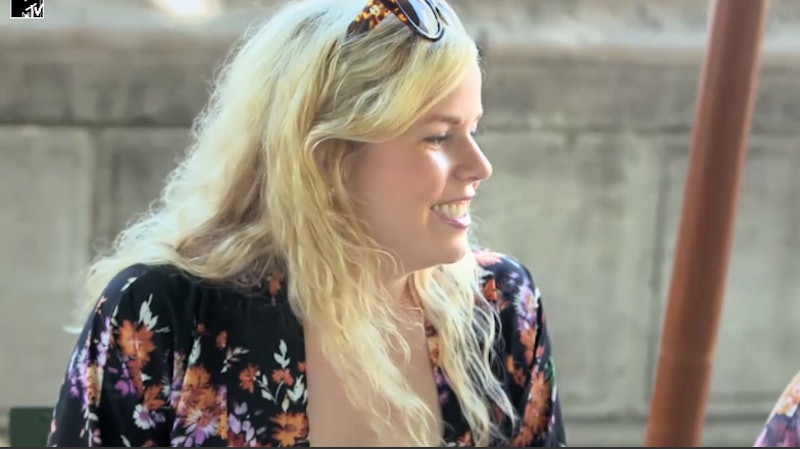 Personally, I've never been a fan of April Fool's Day or any other occasion that encourages people to play pranks on one another (it's the one thing keeping me from being in George Clooney's inner circle, I guarantee it). But I'm excited to make an exception for the new series Ladylike, where comedian Nicole Byer and MTV have collected a group of the funniest comedians in all of New York City to collaborate on the series. But it's not the premise that has me interested, it's the cast of comedians who will be joining Byer on Ladylike , which includes Blair Socci. There's not a bad choice among them, and I'm interested to see what happens as they try to trick these crowds into falling for their gender stereotype-challenging pranks.

I am particularly interested in the work of Socci, a writer and comedian whose previous work gives me a lot of confidence in her ability to make for a great TV star — notably, unlike a lot of the other comedians featured, she's not a veteran of Girl Code (though she did commentate on an episode of The Real World , according to IMDB). But even though Socci may not have as much TV experience as Byer and some of the other stars, she's made plenty of other funny stuff for you to enjoy while waiting for Ladylike's premiere on June 9 at 11 p.m.

While Socci has worked in a lot of different comedy avenues, she's primarily a stand-up comedian. Above is an episode of the Lady Lovin' podcast where Blair talks about her career as a comedian and shares some stage-ready stories.

She Can Commit To A Bit In A Sketch

The cast of Ladylike will be expected to stick to their characters no matter what. Socci, who has lots of sketches available through her website, including the one above, should have no problems with that.

And She Made Her Own Web Series

Socci created and produced this series about a pair of life counselors (with a real website) who say the kind of perfectly manicured nonsense about auras that I honestly believe I could run into Linda and Gail at a crystal store... if I ever went to a crystal store.

Her Tweets Are Hilariously Relatable

If you've ever worried that you were completely alone in your grossest, sweatiest moments, pull up Socci's Twitter and you will laugh, which should help you get through the day. Also, she probably happens to be Tweeting about exactly the feeling you're experiencing.

She Does Live Shows

There's more to comedy than just standup and sketches — and Socci is on the ticket at some of the best and weirdest live performances around NYC. Ever want to see someone be roasted by compliments? Well, you missed out on this May 1 performance, but you can find lots of similar shows almost every week.

She Writes For Reductress

Reductress, the best online women's magazine that's not actually a real magazine, is neck and neck with The Onion and Clickhole for the most depressingly prescient yet comedic headlines that make you wonder, "Oh God, that's not real, is it?"

And She Has Fabulous Hair

Is this a major comedic accomplishment? Of course not. Is it one of many reasons I am looking forward to seeing Blair Socci on Ladylike this summer? Absolutely!

More like this
What’s New On Netflix: A Victoria Justice Rom-Com & The Return Of David Letterman
By Arya Roshanian
What’s New On Netflix: The Return Of 'Bling Empire' & A Rebel Wilson Comedy
By Arya Roshanian
Amy Schumer Is Actually The Other Kardashian Sister You Never Knew About
By Jake Viswanath
Kim Kardashian Remembers Her Last Words To Death Row Victim Brandon Bernard
By Jake Viswanath
Get Even More From Bustle — Sign Up For The Newsletter