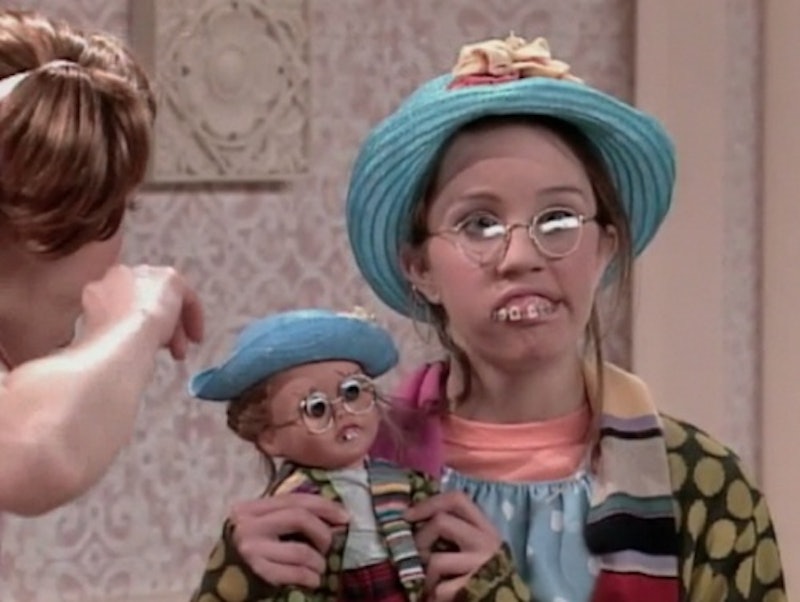 '90s kids screamed "Amanda, please!" and the big time execs who run the TV box heard us. And it was good. The Amanda Show will be joining the likes of Rugrats, All That, and Rocko's Modern Life on Nickelodeon's the Splat. According to Refinery 29, The Amanda Show returns to TV in the form of reruns that will begin June 10 at 11 p.m. on the Splat. '90s Nickelodeon shows basically made it the golden age of the best television content for children ever. (And that's a scientific fact based on something or other. Probably. Maybe.) Let's take this opportunity, now that The Amanda Show is back, to remind ourselves why this show was the actual best.

It will be wonderful to have one of the best members of the '90s Nick gang back with the rest of its show friends. If we children of the'90s are good at anything, its being nostalgic about a time before, when media was totally awesome and when our senses of humor were defined by kids that were just as funny as the grownups our parents watched. So, let's dive in, because Amanda and Drake and Josh and those dancing lobsters deserve nothing more than to be commemorated in this moment.

1. The Show Proved That Girls Are Just As Funny As Boys

Bynes was so freaking talented that she, out of all the All That kids, got her own spinoff variety show. Others got sitcom type shows, (a la Kenan & Kel and Drake & Josh), but Bynes was the only one who was so competent at pulling off multiple characters in a comedic way that she got her own variety show. If that doesn't show that girls are just as hilarious as boys, I don't know what does.

2. The Sass Of The Characters

The kids on the show didn't take any sh*t. It was a great lesson for young'ns growing up at a time right before the economy was about to go in the toilet.

I would be lying if I said I didn't occasionally get tricked into thinking they were real commercials in the first few seconds of the clips.

5. The Versatility of The Sketches

Bynes could go from playing a terrifying/sickening sweet little girl who gives angry advice to a Judge Judy to a superhero who would get there "eventually" seamlessly. No matter what, it was always funny.

Now, its fun and nostalgic to look back on the ridiculous late '90s early '00s styles. Back then, they were the height of fashion.

Perhaps not as on point as the girl who gets her own show, but certainly able to keep up.

I don't think I really need to go into detail as to why the dancing lobsters are possibly the best addition to a television show of all time.

I'd like to thank the TV gods for bringing The Amanda Show back to us. Its almost like I didn't even realize how much I missed it until it came back. It's going to be wonderful to be able to soak in the nostalgic bath of Bynes and crew's performances. Bring on the dancing lobsters!