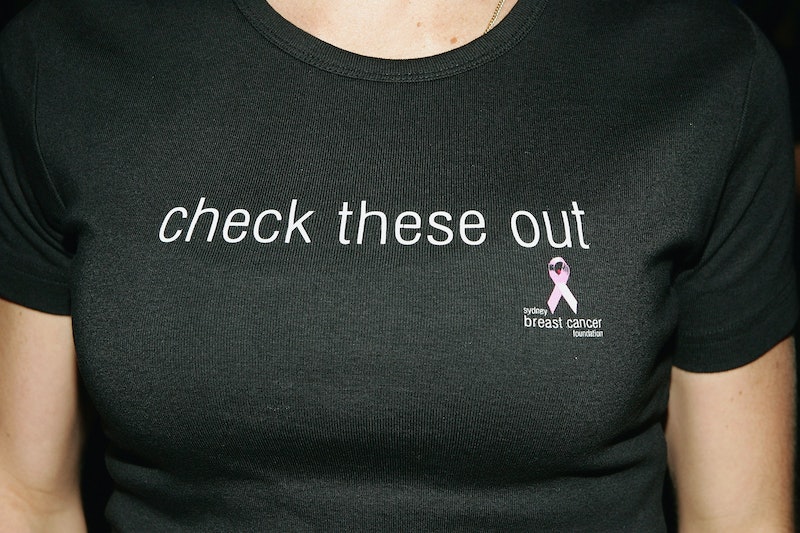 You've probably heard of the gene mutations BRCA1 and BRCA2, which are associated with significantly increased risk of breast and ovarian cancer. A new study on the genes shows that BRCA carriers who preemptively had their ovaries removed reduced their risk of ovarian, fallopian tube, or peritoneal cancer by 80 percent. The study showed that BRCA1 carriers should have the preventative surgery by age 35, while those with BRCA2 can delay doing so until their 40s, as their risk of ovarian cancer is smaller.

That gives carriers some time to put those ovaries to work in childbearing first before taking that step. Preventive surgeries are so controversial, though — especially when they involve women's lady parts, it seems. Remember last year when Angelina Jolie underwent a double preventive mastectomy in response to her own BRCA gene status? Some people reported the story as though she had mutilated her body gratuitously out of psychological disturbance, rather than in reasonable, carefully-weighed response to a legitimate health threat.

An ovary removal is of course less visually apparent to others than a double mastectomy, but it's a major procedure nonetheless — especially since your ovaries produce hormones that may need to be replaced in their absence. If you have or suspect that you might have the BRCA gene, be sure to talk to your doctor now, so that you can plan ahead for your future.

More like this
This Company Will Send STI Tests Right To Your Door
By Lexi Inks
Wimbledon Alters All-White Kit Rule Amid Candid Period Discussions
By Catharina Cheung and Rachel Mantock
Iran Has Issued A Death Sentence Over Mahsa Amini Protests
By Catharina Cheung, Darshita Goyal and Maxine Harrison
Many Skin-Care Actives Degrade By 40% Within 8 Weeks — This Innovative Company Is Fixing That
By Lauren Moison
Get Even More From Bustle — Sign Up For The Newsletter