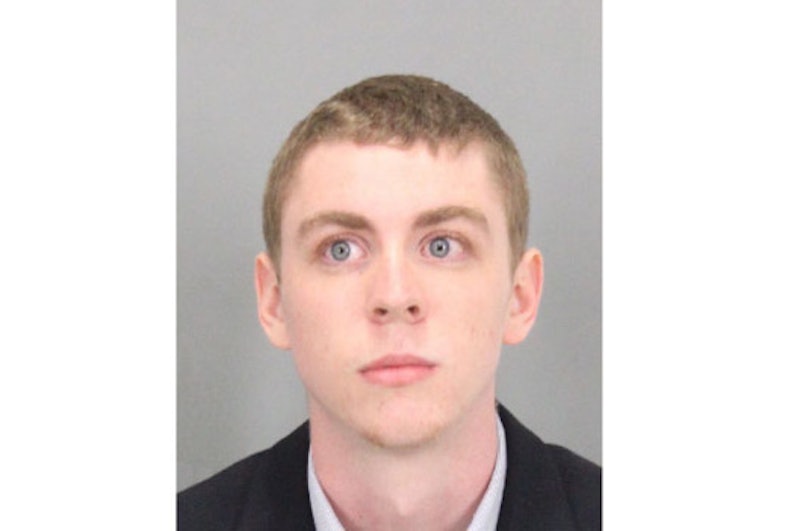 Convicted rapist Brock Turner, who was given a six-month jail sentence for sexually assaulting an unconscious woman, has received a distressing amount of support from his enablers. One of the worst yet is the “Brock Turner for Olympics 2016” Facebook page, which was created in support of the former Stanford swimmer. It’s since been taken down, thankfully, but the last post published on the page sums up everything that’s wrong with how people talk about sexual assault.

As you might expect, the group was a bastion of misogyny, full of juvenile sexism and insecure displays of masculinity. That said, the most recent post on the page is helpful in revealing some of the biggest problems with how we talk about sexual assault.

“We MUST continue to teach our girls about the dangers of binge drinking and promiscuity,” the anonymous admin of the page wrote. “Keep control of yourselves and don't dress like sluts and everything will be just fine.”

It might be helpful to break this down in reverse. Saying that women should “keep control” and not “dress like sluts” in order to avoid rape promotes two separate but related beliefs, both of which are incorrect and damaging. It suggests that men are literally unable to control themselves (and thus can’t be held responsible for their actions), and additionally, that women who dress and behave in certain ways are “asking for it.” The only conclusion to draw from this is that rape victims, not rapists, are responsible for sexual assault.

It’s classic victim-blaming, and rape apologists have been using this argument for ages to exonerate men for their immoral and illegal actions. It’s ridiculous, of course: Women have a moral right to both dress as they please and not be raped. Men, likewise, are morally and legally responsible for the actions they freely choose to take. This is true no matter how badly some men want to avoid blaming other men for rape.

With first half of the post, the author is attempting to cloak this obvious victim-blaming as something else: Concern for women’s well-being. The word choice (“teach our girls about the dangers”) implies that the author is providing some sort of public service, and only has the best interests of young women at heart. Other posts on the page, such as an image meme urging readers to “support a woman’s right to consent on her own terms,” utilize a similar approach.

This would be a very insidious rhetorical strategy, except it’s far too stupid and incompetent to qualify as insidious. The argument is enormously condescending at best (it suggests that women need to be educated by men) and transparently disingenuous at worst. Remember, this Facebook page was created with the express purpose of celebrating a convicted rapist. Is anyone going to believe that the person who maintains such a page is earnestly concerned about protecting women? No.

In any event, this all boils down to one toxic premise that pervades conversations about sexual assault: The refusal to believe that men can act with malicious intent. In this view, men are always well-meaning in their interactions with women, but literally lose control of themselves when in the presence of a miniskirt. Women, meanwhile, are the ones responsible for avoiding sexual assault — and they need men to educate them on how to do it.

It is, of course, a disgusting and monumentally sexist way of viewing the world. Thankfully, it doesn’t appear to be working: The Facebook page in question had less than 200 likes before it was taken down, while the “Brock Turner For Prison 2016” page — which is still live — has over 2,000.