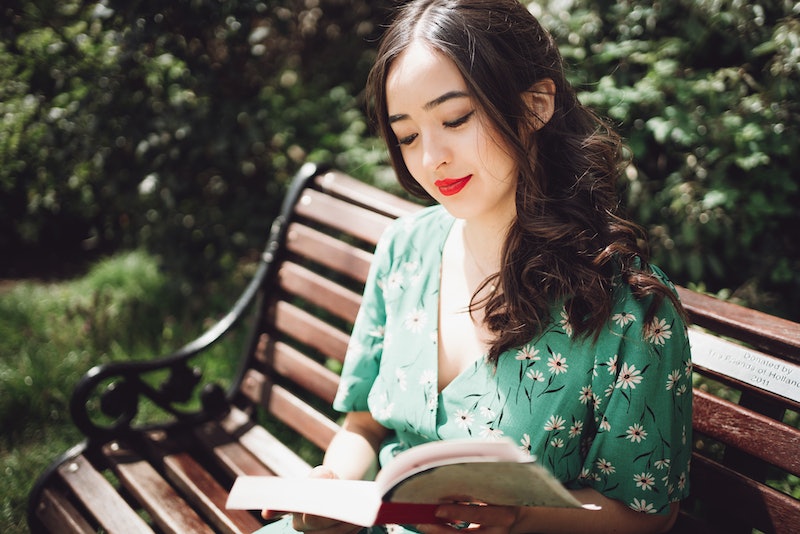 Is your brain being severely emotionally unhelpful? Would you like it to be entirely restructured to be sane, sensible, and not prone to weeping hysterically when you see a puppy? You may be in luck, but only in the most general of terms. We're gradually understanding that the adult brain is capable of physical change and rewiring in response to stimuli. But if you conceive of the brain as a colossally complex series of wires and computer connections, we're still basically babies with a Fisher-Paykel chisel, banging at the circuit board.

There are two widely accepted ways to physically "rewire" the brain's associations and emotional responses: mindful meditation, and cognitive behavioral therapy. Mindfulness is a species of therapy that encourages intense self-awareness of the mind in the world; for example, OCD patients trained to be "mindful" of their damaging thoughts in a study showed both huge improvement and apparent changes in their neural connections. Cognitive behavioral therapy is a therapeutic method that challenges and actively attempts to replace negative thinking patterns in the brain, and in the process does seem to physically shift the structure of the brain. But beyond these more readily accessible methods (you can get CBT from many therapists, and mindfulness practice is even available through Youtube tutorials), can science help us go deeper in shifting the structure of our brains in helpful ways?

The answer is: yes, within limits. Various scientific studies have demonstrated ways in which the brain can be altered without the need for a lobotomy. Let's take an emotional journey.

A lot of work on the adult brain in recent decades has contributed to a shift in a fundamental belief: that our brains are fixed in place by the time we hit our 30s. We're gradually discovering that isn't the case, overturning a lot of accepted thinking about the brain and its capabilities in the process. If you're going to do anything to change your brain, first you need to understand how neuroplasticity, as it's called, actually works.

Neuroplasticity is basically "the ability [of the brain] to change its structure and function in response to experience,"as Sharon Begley of TIME put it back in 2007, when a host of new studies were emerging about brain shifts. It's particularly obvious in the brain's physical rewiring when it or the body suffers an injury, often creating compensatory links to try and pick up the slack in areas of the brain that used to be devoted to other things. The brain's physical composition can alter in response to needs and experiences, which means that if you change your needs and experiences, you can change your brain. Simple. Right?

Not so fast. Scientific American in 2014 sounded a note of caution: the brain is a hugely complex organ, despite massive leaps forward in how we understand and visualize its activity. They took particular aim at "brain games" that aim to use neuroplasticity to improve things like memory and spatial ability; it turns out that we're still not educated enough about the (really specific) mechanisms that govern those things to be able to fiddle with them in an overt way. You can't just go out to alter your brain in helpful ways willy-nilly. Sorry.

The one thing we do know, generally, about neurobiology is that there often seems to be a "fire together, wire together" principle at play. In other words, if certain neurons keep firing at the same time, eventually they'll develop a physical connection and get physically associated too. It's called experience-dependent plasticity, and we're still learning the precise ways in which it changes our brains, but it's basically like repeating a good habit. A famous study cited by Berkeley's Greater Good institute studied the brains of London cab drivers, who'd had to memorize the city's layout by heart, and found they had very thick connections in their visual-spatial cortex. If you practice something consistently, in other words, you're likely to alter your brain to associate the relevant parts of its structure.

This particular idea is at the root of a bunch of research on rewiring our emotional responses and helping us be happier. The psychologist Rick Hanson, in an interview with the Huffington Post on the principle, proposes attempting to appreciate, practice, and really embed happy experiences in the mind, so as to get the brain to wire for more emotionally positive reactions. This isn't new age nonsense, either; numerous studies have shown that, likely for evolutionary reasons, the brain reacts far more strongly to negative experiences than to positive ones, and experience training may be a way of undoing this innate "negativity bias". We're still unsure about the precise neural patterns that could respond to this treatment, but there's no harm in being conscious of your happiness.

OK, this one is definitely not a thing to try at home, but it's fascinating nonetheless. In 2014, MIT scientists revealed that they'd managed to manipulate the memories of mice to change their emotional associations. To do it, though, they physically altered the neurons firing in the brain (they did it using a technique called optogenetics, which uses light to alter the function of neurons, if you're interested).

The scientists basically turned pleasant and unpleasant memories on and off in the brains of mice using their neural light-switch, and found they could shift emotional associations with the memories in the mice's brains. Mice who'd been conditioned to associate something with fear could be switched to associating it with nice stuff, and back again, purely through activating a particular part of the brain. I don't necessarily recommend letting an MIT scientist get into your head with optogenetics (who am I kidding? That sounds cool as hell), but this may be the future of serious therapy for treating people with traumatic memories, for instance.

4. Avoid Stress And Its Tendency To Make Habits Fixed

We're discovering increasingly that stress does something extremely interesting to the brain: it entrenches habits. A 2009 study of rats found that, under chronic stress, they were much more likely to rely on automatic decisions (decisions we make purely through habit) than conscious ones they'd clearly thought through. Their brain compositions also changed to reflect this. The scientists behind this discovery think that it's about brain energy: in times of serious stress, the brain will take the easiest path, and expend as little energy as possible on making decisions, so it'll revert to habits.

It's crucial to remember that positive emotions aren't the only ones that can rewire the brain; negative ones like anxiety and stress can have serious impacts too. Alongside the formation of problematic habits, it can also form strange associations. A fascinating 2013 study found that anxious or distressing situations prompt the brain to rewire its connections to the olfactory centres (the bits that process smell), giving negative or disgusting associations to smells that are normally seen as quite neutral. Yes, that is why your ex-boyfriend's previously delicious cologne now smells like death.

5. Do A Specific Brain-Training Task

In an extremely interesting study released in 2016, a small set of test subjects appeared to reveal that a particular brain-training task actually does a bit of rewiring of the brain's emotional centers. Essentially, the task was about ignoring irrelevant information: the 26 participants had to say which direction an arrow pointed, while ignoring arrows on either side of it.

The results? It seems that "training that improves the ability to ignore irrelevant information can result in reduced brain reactions to emotional events and alter brain connections... accompanied by strengthened neural connections between brain regions involved in inhibiting emotional reactions," according to the scientists responsible for the study. People who'd undergone very intense arrow-tests had a lower amount of activation in their amygdala, which is associated with emotions, and a bigger connection between the amygdala and an area of the brain associated with emotional regulation. Basically, their brains were more able to ignore negative emotions. It was a tiny study and the effects were only studied in a really short-term way, but if it's true, it's fascinating.

Do-it-yourself brain rewiring may be on the market at some point in the future, but for now, it looks like your best bets are thinking positive, doing mindful meditation, taking up therapy, and staying as far away from stress as possible. So, general good ideas, then.