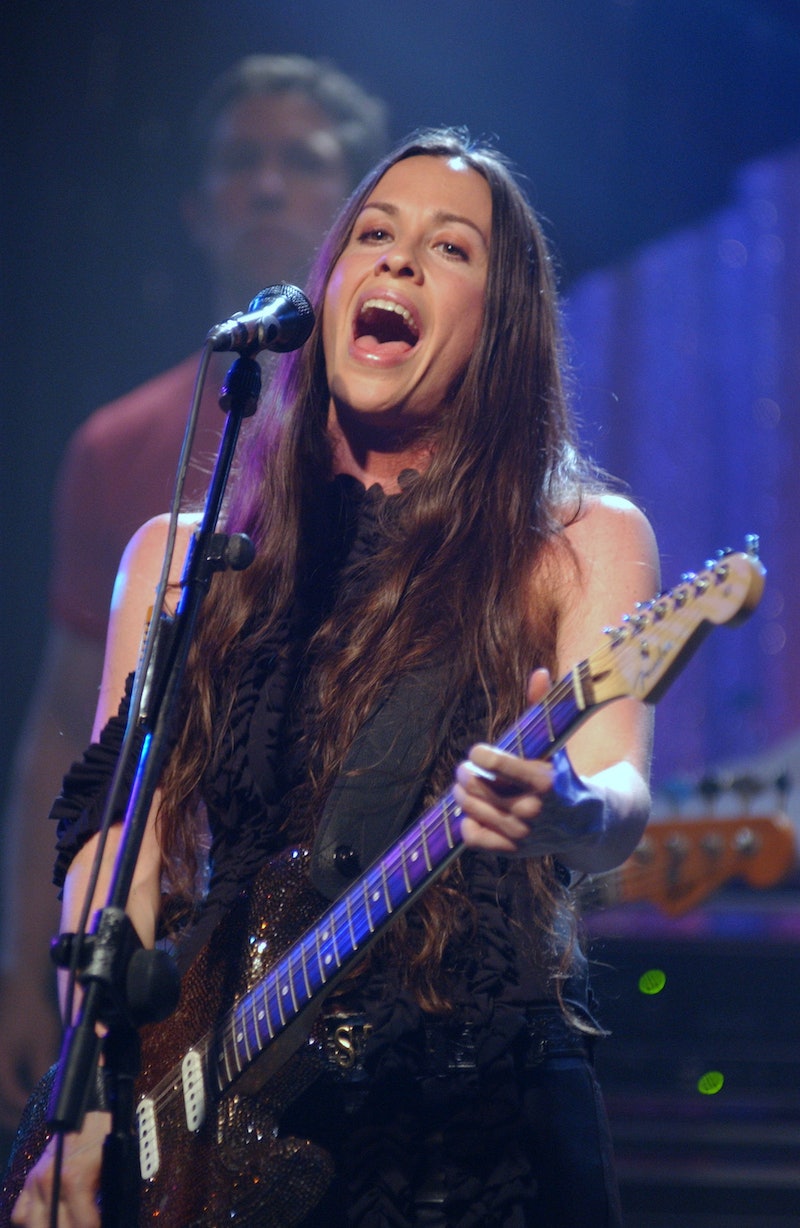 Our ‘90s-obsessed culture is finding all sorts of ways to transplant the ‘90s to the present day, from making sequels to shows like Full House to resurrecting inexplicably popular products like Crystal Pepsi. But what you do if you could actually time travel back to 1995? Would you relive your childhood? Would you make a few solid investments? Or would you spend the whole time worrying about how your unnatural presence in the ‘90s could alter the course of human history? (I’d be in that latter camp, having an existential crisis while everyone around me happily rollerbladed through life, totally unaware of the dangerous interloper in their midst, who could at any moment make the one wrong move that would topple civilization as we know it. Like, what if I travel back to 1995, and I go the movie theatre to see Hackers, and I accidentally sit in the seat that was supposed to be occupied by someone else, and that person therefore doesn’t meet his or her best friend, leading them inexorably down a path of loneliness and resentment, and then I go back to 2016 and that former angsty ninth grader at the movies has grown up to be a dictatorial tyrant who has transformed 2016 as we know it into a dystopian wasteland? Or, you know, whatever).

Ahem. Since this is, after all, a fantasy, and I don’t want to get too bogged down in the philosophical ramifications of a technology that has not actually been invented, I’m going to declare that in this hypothetical situation, time travel happens without any Star Trek-esque conundrums. In this case, if you want to go back to 1995 and eat Pop-Tarts Crunch in your parents’ basement, you can. If you want to run around participating in major historical events, that’s fine, too. Go wild — but here are a few things you might want to put on your list when you finally get that time machine working:

1. Be a contestant of Supermarket Sweep.

I am positive that I’m not the only ‘90s kid who thinks about her Supermarket Sweep strategy every time she goes into the grocery store. (I’d start by filling up the cart with hair products, batteries, and film. Why overload the cart with giant hams and turkeys?) So obviously if I could go back to 1995, the first thing I would do would be to play the game that lets me run around the grocery store, ripping stuff off the shelves.

(Sidenote: I’m assuming that if I’m living in a world in which time travel exists, then I somehow also have the means of making exceptional things happen, like being a contestant on Supermarket Sweep. And in this scenario, I’m an adult with a driver’s license and the means to do what I want — because why would I want to return to 1995, just so I could go back to being, in Tai’s immortal words, “a virgin who can’t drive”?)

I was obsessed with my hot pink Skip-It back in the day, so any time travel back to 1995 would require a Skip It marathon. (And then of course I’d take it back with me to 2016. Who needs Crossfit when you can Skip-It for exercise?)

Remember way back when, when MTV would feature many-hours-long music video marathons, with titles like “The 40 Greatest Rock Videos OF ALL TIME” and “The 50 Worst Songs Ever”? I know that nowadays we can just look up the videos we want to see on YouTube, but there’s something I miss about having to wait until after the commercial break to see if, indeed, Meatloaf’s Beauty and the Beast-themed “I Would Do Anything For Love (But I Won’t Do That)” video is next on the countdown. (Did you know that that video was directed by Michael Bay? I feel simultaneously like that fact is crazy but also that nothing has ever made more sense.)

How exciting would it be to hear that unmistakable logging-on sound again? Of course this one would be followed in short order by

5. Chow down on Dunkaroos and Squeezits, and relive the glory days from before you had ever heard the phrase “high fructose corn syrup.”

Ooooo, add in some Fruit By the Foot, too.

Now your Beanie Babies sell for only a couple dollars a piece, but at the height of Beanie Baby mania, it was a different story. Take your Beanie Baby collection back with you to 1995, and you might actually be able to make a profit off of them.

When you go back to 1995, you’ll invest a modest sum in Apple, a declining tech company, and zip back to 2016, at which time you will be a bajillionaire. Just don’t let it go to your head when you’re flying around in your gold-plated private jet.

8. Retrieve your powder pink hair crimper and take it back with you.

I know that they still make hair crimpers in 2016, but can today’s crimpers really beat the ones they made in the early ‘90s? I think not.

9. Warn your 12-year-old self not to get too invested in My So Called Life.

Remember how traumatized you were when the show ended after only one season in May 1995? Do your 1995 self a favor by warning against getting too attached to this amazing, but fleeting show — if it’ll help, comfort ‘90s-you with the knowledge that Angela and Jordan Catalano will go on to have long, fruitful careers.

10. Lie on the floor of your old bedroom listening to Jagged Little Pill on blast.

Sure, you’re not nearly as angsty now as you were when you were an adolescent, but sometimes you wish you could go back to the days when you could count on Alanis to sing it all out for you.

We’ve already established that in this time-traveling fantasy world, you also magically have the means to make cool things happen, right? So why not rock out to some amazing live music that, let’s be honest, you were probably too young to see when you were in 1995 the first time around? Grab your lighter and head out to cheer for your favorite act; David Bowie, Garbage, Morrissey, Alanis Morissette, Celine Dion, Janet Jackson, the Red Hot Chili Peppers, Oasis, and Prince were all touring that year. And since you already have the time machine warmed up and ready to go, why not also head down to 1993 and hit up Michael Jackson’s epic Super Bowl performance?

12. Tell your 1995 self that, yes, seventh grade is the Absolute Worst, but things will get better.

I can’t speak for you, but I know that, no matter how nostalgic I get for the ‘90s, I would never actually want to return adolescence, a life stage that is probably the pits no matter which decade you’re in. Being a grown up isn’t easy, but it sure beats the seventh grade.