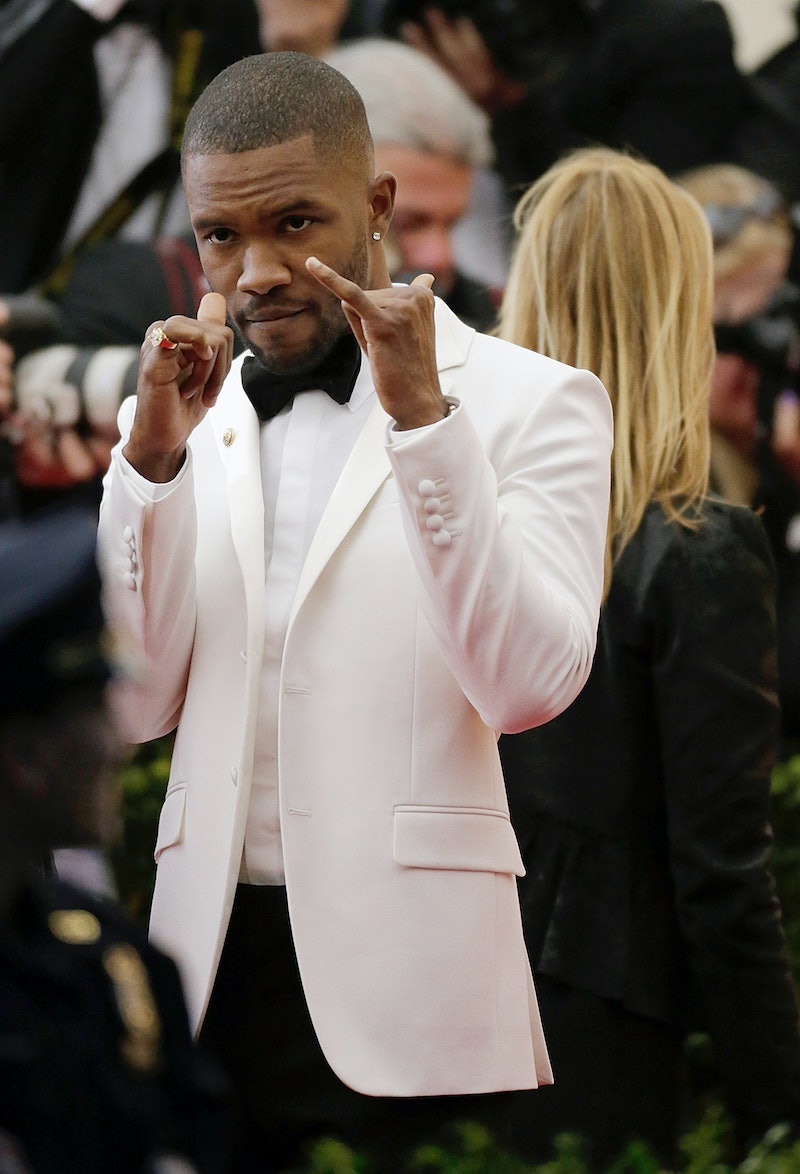 There's no real reason to beat around the bush, here. If you've been hankering to keep in touch with one of your favorite, yet elusive musical artists, but just aren't sure how, I've got you covered. Yes, I am talking about the incomparably talented, Frank Ocean, from whom fans are begging for a new album. But in the meantime, any little hint will do, which is why, Frank Ocean having a Snapchat would come in handy...

...except, maybe not. There's good news and bad news on the Snapchat front, fellow nosy fans. Ocean does, in fact, have a Snapchat account. (Although, at this point, who doesn't in the year 2016?) But unlike other Snapchat users of the celebrity variety, the singer's Snapchat name is not simply his first and last name. I suppose that doesn't pop enough for such an innovative social media app. If you're so inclined to follow him and his social media shenanigans on a more intimate level, the artist's Snapchat name is, "arealglitterboy."

So sure, you can follow him on Snapchat, but that doesn't exactly mean he's going to actually deliver a steady stream of snaps that hint at what's to come (ahem, Kim Kardashian). If fans' disappointment on Twitter is any indication, it appears that Ocean does not snap as frequently as they would like.

But, on the bright side, Ocean is technically still active on the platform. Case in point, he's cool enough to open snaps from fans. Which is something that few fans can say about their favorite celeb.

Regardless, following the singer can't hurt. If he posts in the near future and you're keeping up on your snaps, you'll be one of the first people to ever see it. After all, you never know when he's going to decide to post a gem of a selfie like this again:

Hey, maybe he'll return to Snapchat once the hype over the album dies down after he finally releases the dang thing.

More like this
Will Beyoncé Be At The BET Awards To Perform “Break My Soul” Or Attend The Show?
By Jake Viswanath
Twitter Has *A Lot* To Say About Justin Timberlake’s Beat Ya Feet Dance
By Sam Ramsden
'The Summer I Turned Pretty' Using “Cruel Summer” Has Twitter Begging Taylor Swift To Release A Music Video
By Radhika Menon
Fans Think Beyoncé’s “Break My Soul” Is Calling For A New Great Resignation
By Sam Ramsden
Get Even More From Bustle — Sign Up For The Newsletter