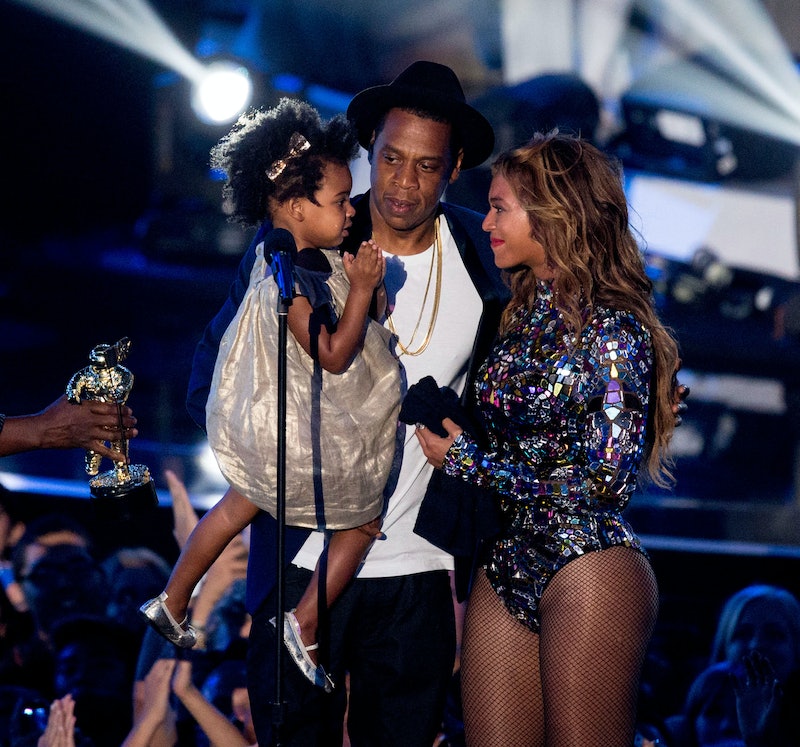 Beyonce might have won the most prestigious CFDA award of the night, but all eyes were on her adorable daughter. The four year old stole everyone's hearts as she walked the red carpet. From her outfit to her attitude, Blue Ivy attended 2016 CFDA Awards looking all grown up. How grown up? Let's just say she gives all the other celebrity kids out there a run for their money!

Sure, North West sits front row at fashion week, but Blue Ivy just upped the ante with her CFDA invitation. The toddler took to the fashionable event in a black, textured dress with a white jacket. The look had the same menswear-inspired vibes going on that her mom's did.

Of course, Blue Ivy has much more to offer than just her fabulous looks. She also brought with her some grown-up attitude. According to Vanity Fair, the little star showed up shaking her finger at the paparazzi as she walked into the event. I guess it can be hard with flashing lights and screaming fans surrounding you whenever you leave the house — no matter what age you are. Despite the finger waving, she seemed to be all smiles inside the event as she watched her mom accept her Fashion Icon Award.

She watched the speech next to jewelry designer Lorraine Schwarz, according to ASOS.

It wouldn't surprise me if that sticker-filled cellphone was hers. I guess someone has to take pictures for the 'gram!

Blue Ivy looks all grown up just sitting there watching her mom. The toddler seems as mesmerized by the heartfelt speech as the rest of us were.