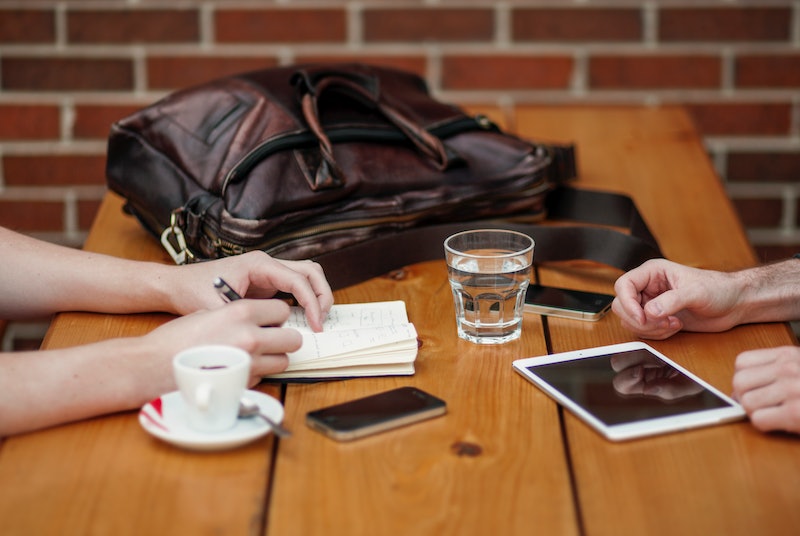 No one, no matter who they are, enjoys feeling criticized. It's why mastering the art of constructive criticism is such a helpful skill to develop when dealing with other people. Because no matter who you are, you're likely going to find yourself in a position where you'll need to give feedback, whether it be in your personal or professional life.

Leo Babuata, founder of Zen Habits, noted that, "People don’t often take criticism well, even if it’s done for good reasons." He said they can often view it as hurtful and mean-spirited, or even like they're being attacked. In my experience I know I can definitely be put on the defensive when I feel criticized, which means I have trouble truly absorbing what the other person in saying.

The thing is, it's often not about what we're saying when we give feedback, it's how we're saying it. I've seen countless interpersonal encounters completely derail simply by the tone of voice someone uses, or because of a few poorly chosen words. And on the flip side, I've seen things like employee reviews, or one-on-ones with coworkers, go amazingly well when the person giving the feedback approaches it in just the right way. It's truly amazing how different the same message can be communicated, and how drastically it affects how the message is received.

If you're about to have to give someone in your life feedback, or you find that you just never end up communicating your thoughts in a way that goes over well, here are nine ways to give constructive criticism that will truly change the game.

1. Use The "Feedback Sandwich" Method

On her website, life coach Celes Chua recommended always using the "feedback sandwich" when you need to give somebody advise. This consists of starting out with praise, or a positive comment, then getting into the area of feedback that could potentially be construed as criticism, and rounding it our by reiterating the positive. For example, you might tell a coworker that they're amazing at client-relations, but that they could improve their presentations in meetings, and finish it up with the fact that you're super excited to see the progress you know they're going to make. That way the criticism is "sandwiched" between two positives, which makes it seem way less harsh.

2. Focus On The Situation, Not The Person

Chua also stressed the importance of focussing on the situation, not the individual. For example, instead of saying, "You're a really boring public speaker, " say, "I think your presentations could use more energy and visuals." This will help prevent the other person from potentially feeling attacked.

In a piece for Entrepreneur, entrepreneur and business owner Charlie Harary said to always be conscious of when you choose to give feedback. For example, pulling a colleague aside moments after they've finished a big presentation likely isn't the best time to critique their public speaking skills. It can be the difference between the other person being totally receptive to your comments and completely rejecting them.

Harary also recommended using what he calls a "straw man" when making a point, which basically means telling a story about someone else to illustrate your point. "Try to give the critique through a personal anecdote or an inspiring story of someone famous who went through the same thing. It’s so much easier to swallow when it’s not straight out about 'you' and 'your' mistakes," he said.

In that same piece, Babuata said to always try to give specific examples and suggestions. Instead of saying something like, "You never clean around the house," say, "Could you help with the dishes more? I've been doing them a lot lately." This keeps the discussion focussed and gives the other person a concrete area of improvement.

Babuata also noted the importance of keeping your language positive, which will help set the tone of the entire exchange. For example, notice the difference between the statements, "I'd love to hear you speak up more in meetings," versus, "You don't speak up enough in meetings." One sounds way easier to take, right?

In a piece for Psychology Today, psychologist Cliffor Lazerus stressed the importance of using "I feel" statements over more accusatory "you" statements. There's a reason we were taught this method of communication as children — it genuinely works!

8. Be Conscious Of Your Tone

Lazerus also noted to always be careful of your tone, as it can make or break how your feedback is perceived. If you're coming off as stern, or angry, that's an instant signal for someone else to put up their defenses. I personally always try to take a moment to consider how I'd like to be approached if the situation were reversed.

9. Think About If It Really Needs To Be Said

This last one just comes from personal experience. Unfortunately, I've found that for some reason, correcting others can be really satisfying (and I know I'm not the only one). The question then becomes: does the other person really need to be corrected? If the feedback isn't truly needed, or if it doesn't really need to come from you, then think about potentially not saying anything at all. Nothing can be more off-putting than unsolicited advice.

Mastering the art of constructive criticism isn't easy, and giving feedback won't always go over well, even if you do everything right. Just remember that, like with most things in life, you'll definitely get better with experience.