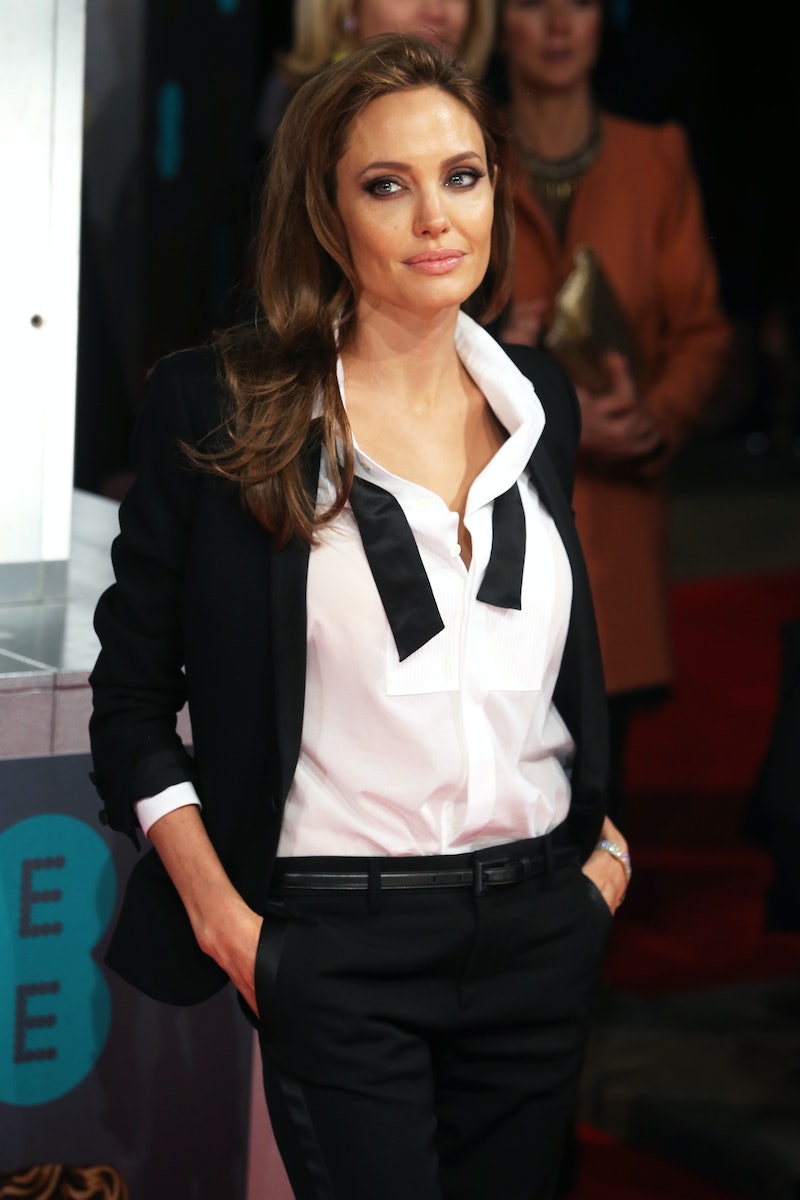 As you may have heard by now, Angelina Jolie newest film is not one she's starring in, but one she's directing. The film is called Unbroken and follows the life of a World War II veteran and Olympic runner named Louis Zamperini. Angelina Jolie appeared on the Today show along with her new friend Zamperini Tuesday morning. Jolie spoke about her impetus to make the film as well as the fact that, unknown to her, Zamperini had been her neighbor for years.

Unbroken is based on the book of the same name, a biography of Zamperini's unbelievable life. Zamperini competed as a track runner in the 1936 Berlin Olympics which were held while Hitler was in power. Zamperini actually met Hitler and tells Tom Brokaw in the interview that Hitler called him, "The boy with the fast finish." Zamperini went on to serve in World War II where he overcame numerous hurdles including being lost at sea and survived a Japanese POW camp.

Jolie says of her decision to make the film, "I think for my children and for everybody in the world, I want to be able to say, it can seem dark and it can seem hopeless and it can seem very overwhelming, but the resilience and the strength of the human spirit is an extraordinary thing."

When Jolie found out she was making Unbroken she immediately wanted to meet Zamperini in person. She asked, "'Where is he? Is he around?' I think somebody said he knows where you live." Zamperini was, and still is, Jolie's neighbor, but she had no idea. The two live so close to each other that her house is visible from his. Their close friendship is obvious during the interview through the way Jolie leans on Zamperini and how he calls her "honey."

Unbroken, which is Jolie's second feature film as a director following 2011's In the Land of Blood and Honey, will open later this year.