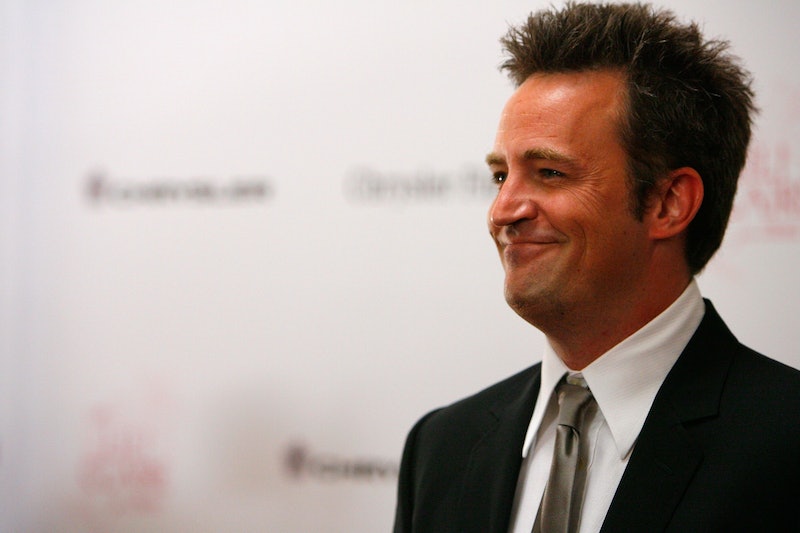 We'll always have Friends, but Matthew Perry hasn't been Chandler Bing in almost a decade. As such, his next role isn't exactly the gregariously awkward statistical analyst and data reconfiguration (S.A.D). He is going with another bit of classic television, though: Perry's starring in the Odd Couple reboot CBS just greenlit.

The original Odd Couple series aired from 1970 to 1975 on ABC — as an adaptation of the original1968 film of the same name, which was adapted from the original original Broadway play, which starred Walter Matthau as Oscar — starring Tony Randall as Felix Unger and Jack Klugman as Oscar Madison, two men who decide to live together after their respective divorces and who operate on opposite wavelengths.

Perry is set to play Oscar, the sloppy/casual/arguably grumpy ying to roommate Felix's uptight and tidy yang. If you really wanna stretch out the Friends stuff you could imagine Felix as a sort of Monica, but Perry's Oscar will likely bear little resemblance to the Bing of yesteryear, instead playing up the vaguely grumpy middle-aged man persona Perry's been slowly perfecting even since Friends came to an end.

Perry will also be executive producing the show, writing the pilot with Frasier and Glee writer Joe Keenan.

And hey, Perry's as good a candidate as any for a modern Matthau type.