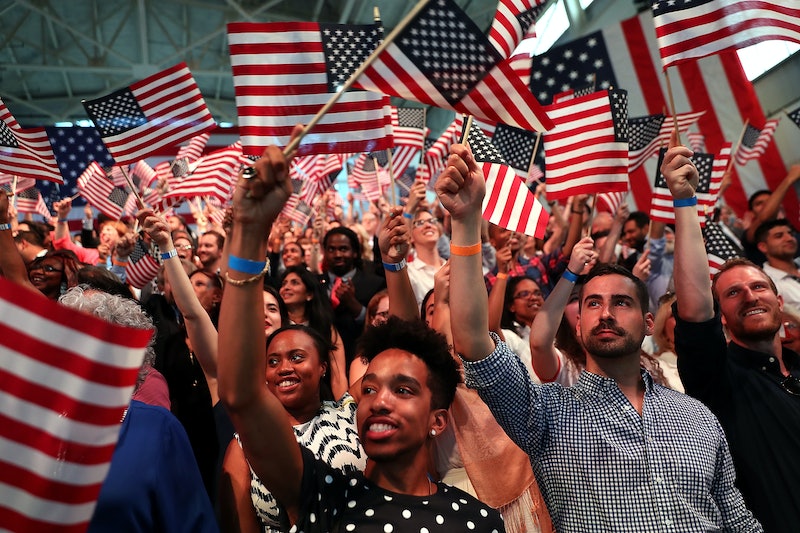 For supporters of the two Democratic candidates, Tuesday night was an emotional one. While things aren't totally definite, because superdelegates have the right to change their mind before the convention in July, Hillary Clinton has been declared the presumptive presidential nominee. So, while Bernie Sanders' supporters were undoubtedly upset by the news, for Clinton's, the night was full of excitement and emotion. No matter your feelings on her (or her gender), the fact that a woman has become a major party's nominee for the first time ever is a moment to cherish.

No one wants to hear your comments on how people shouldn't vote for Clinton JUST because she's a woman. We all know that. But for women who have gone years not seeing themselves represented in the White House, for the parents who want their daughters to know they can do anything they set their mind to, for the men who have always wanted politics to more accurately reflect their day-to-day lives, this moment is absolutely groundbreaking. This might be Clinton's slogan right now, but seriously, history was just made.

And that's brought up a lot of emotion in a lot of people. From parents to celebrities like Ellen DeGeneres, from your average American to politicians like Gabby Giffords and Kirsten Gillibrand, this is truly a moment many Americans will remember for a lifetime.

There's been over two centuries of white male presidents. And even if she's not your cup of tea, you can't deny that she has made history, much like President Obama did when he was elected the first African-American POTUS. So, here's to you, Hillary, and here's to making more moments like these.