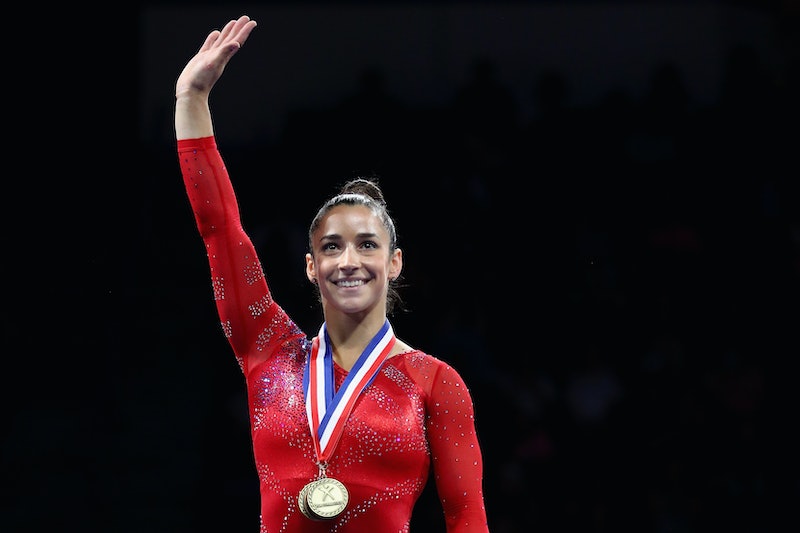 The Olympic Games in Rio are fast approaching, and the excitement about Team USA is starting to build. The famous torch is already making its way around Brazil, visiting more than 300 of the country's cities and towns before heading to Rio for the opening ceremony on Aug. 5. During the 17 days the Games are set to take place, approximately 10,500 athletes from 206 countries are expected to compete across 306 events. For the first year ever, there's even going to be a special team for refugee athletes. This year's games are already shaping up to be a historic event.

The Olympic Games are unlike any other sporting event in the world, and there are so many ways to root for your favorite team. Smucker's® has helped us put together a list of fun things you can do to get ready for the Games and show your support for the athletes competing in Rio. Because whether you want to throw a decked-out viewing party or simply paint your nails red, white, and blue, there's no bad way to support Team USA.

Twitter is changing the way we talk about — and participate in — pop culture. Whether you want to tell your favorite director how much you liked her latest film or share your thoughts on the song of the summer, chances are you're doing it via a tweet.

For this year's Olympic Games in Rio, make sure to tweet your support for Team USA using the hashtag #PBJ4TeamUSA. Every tweet you send will help back Team USA, giving $1 to the United States Olympic Committee in support of our athletes and future U.S. Olympic hopefuls. Maximum donation $200,000.

2. Wear Your Pride on Your Sleeve (Literally!)

The upcoming Olympic Games offer the perfect opportunity to rock your favorite patriotic gear, and Team USA has some seriously cute options on their website. This T-shirt is perfect to wear at your Rio viewing party, but it's also versatile enough to incorporate into your wardrobe all year long.

3. Have a Picnic Competition

Watching the games can be a lot of fun — but so can competing on your own. Invite your friends over for the picnic version of the Olympic Games in Rio. Set up different lawn games (think bean bag toss, horse shoes, volleyball, and badminton), provide some red-white-and-blue snacks, and see who your friends really are when the games get heated.

4. Show Your Patriotism with Polish

Why not let your fingers do the talking? Rep your pride for Team USA with a funky and fun nail design. As long as you have a steady hand (or a talented friend), the sky's the limit on this one.

5. Whip Up A Patriotic Treat

If you're planning to have a viewing party for any of the events in Rio this summer, you better make sure your snack game is gold-medal worthy. Show your dedication to Team USA by incorporating our country's colors in any as many treats as you can — including these delicious, healthy (and patriotic) flag fruit kebobs.

The Olympic Games only come once every four years, so if you're going to throw a party to celebrate, it's really worth going all out. There are so many tutorials online that can show you how to make fun, themed decorations, like this shiny, starry mason jar centerpiece.

Unlike a lot of the countries we compete with, Team USA doesn't receive any funding from the federal government. Instead, the committee depends on sponsorships and licensing — as well as on donations made by Team USA fans. So if you're feeling generous, consider making a cash contribution to the team. Your money will go towards essentials like state-of-the-art training facilities and world-class coaching teams.

One of the coolest things about the Olympic Games is the opportunity to watch the world's best athletes do their thing. Most of these people have been training hard for their entire lives for their shot at the gold - and that's really, really inspiring.

And sure, you might never win a medal, but watching some of the competitions this summer should inspire you to get out there and get active, whether you take a brisk walk with your bestie in between watching events or put together a casual soccer game with your friends in a local park.

This post is sponsored by Smucker's® , an official sponsor of the U.S. Olympic Team. Share your love for this all-American sandwich by tweeting #PBJ4TEAMUSA. Every tweet you send will help back Team USA, giving $1 to the United States Olympic Committee in support of our athletes and future U.S. Olympic hopefuls. Maximum donation $200,000.