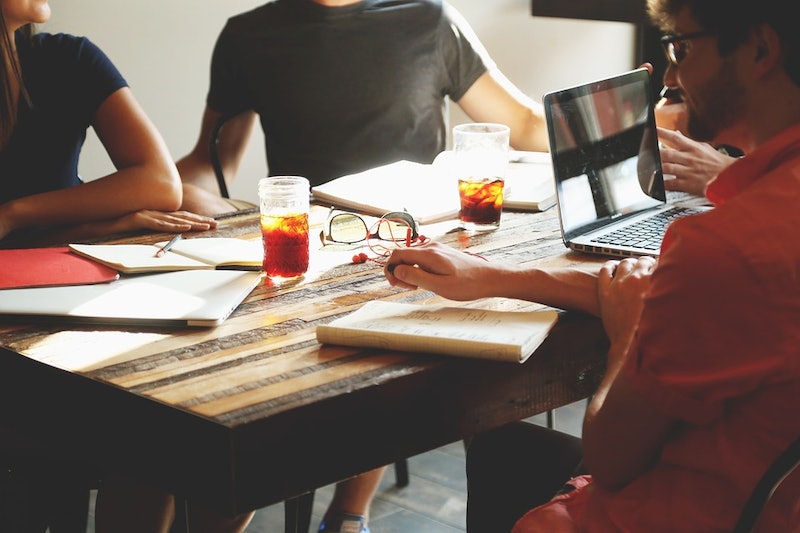 If you’ve landed a job that you love, you’re truly one of the lucky ones. However, even in those jobs that are otherwise perfect for us, we’re sometimes faced with an unpredicted challenge — a negative coworker. There are ways to effectively handle a negative coworker that can be practiced in order to overcome this hurdle, though. While it might seem right now that you can’t imagine ever being able to successfully navigate a coworker relationship with this person, rest assured that these tips can make a big difference.

Let’s say it’s a weekday morning and you woke up in the best mood all of time. You bop into work, take a seat at your desk, and begin responding to emails as you enjoy your cup of coffee. Then, out of nowhere pops up the coworker who just can never seem to be positive about anything. After a brief conversation with her, suddenly your mood has completely deteriorated. You can’t seem to believe how you could have gone from that happy to that cranky in five short minutes — and you know it is directly related to the black cloud that seems to be constantly over your coworker’s head. Then, the next day it’s the same thing all over. You rack your brain for what it is that you could possibly do it avoid this. You love your job, but don’t want to have your day ruined by this one person on the regular. Here are 11 ways to effectively handle that negative coworker.

1. Start By Realizing You Can’t Control Their Behavior

The first step in dealing with someone who is extremely negative — particularly in the workplace — is coming to terms with the fact that you have little to no control over their behavior, only how you respond to it, according to Inc. The outlet recommended removing your emotion from the equation as much as possible, and focusing on how you can react to their behavior in a way that doesn’t drag you down or leave you obsessing over the situation.

A certain subset of negative coworkers are those who can’t help but gossip at every chance they get. To successfully navigate the gossip queen(s) of the office, try your hardest to resist getting involved in any office politics, according to The Muse. For example, if your negative coworker is gossiping about your shared supervisor, you might perhaps insert with, “I’m sorry, I try not to get involved in these topics.” It’s a polite way of saying, “Hey… leave me out of this!”

3. Connect With Someone Who Understands

This someone doesn’t need to be a person who works with you (in fact, it’s probably better if it’s not as to not get caught up in the “gossip” vortex we just discussed). Monster.com spoke to workplace legal expert and former prosecutor Robin Bond who said, “Sometimes the best remedy is trading stories with a close friend [outside of the office] and finding humor and comfort in knowing you're not alone.”

4. Spend Time With The Positive Crew

Those positive people around your workplace? Find them and stick to that crowd in the office, and out of the office too if that floats your boat. Inc. said one of the best ways to counter the negative coworker is by focusing your attention on the positive ones. They’ll make you feel more upbeat, happy, and more constructive in the workplace, according to Inc.

5. Try Not To Overanalyze

This is so much easier said than done. I’m so the type that can’t help but overanalyze every single situation, but this is a prime example of a time that we should all avoid doing so. According to advice from Entrepreneur, by overanalyzing the behavior of negative people, you’re essentially wasting your valuable time. The outlet noted that you might never be able to make sense of the way this person behaves, so don’t spend energy trying to do so.

According to her About.com article on the topic, Susan M. Heathfield, a human resources expert, suggested setting boundaries with the negative coworker at hand. This might mean physically staying away from them, it’s that’s a possibility. If you’re asked to do a project with them or the like, keeping physical distance might pose a problem. In that case, Heathfield suggested not allowing yourself to get draw into their negative conversations, and don’t show sympathy for the negativity.

Likely you’re at your job to do the best work possible, and this means making time to focus on you and your tasks. It’s easy to get sidetracked, though, especially when someone negative is chirping around. Fast Company spoke to psychologist Paul White, coauthor of Rising Above a Toxic Workplace: Taking Care of Yourself in an Unhealthy Environment , who said, “It’s really easy to focus on other people, and that can take a lot of time and energy.” Instead of getting caught up in that outside noise, the outlet suggested focusing on yourself and doing the best you can at your job. It’ll help keep you positive, as well.

8. Suggest Working Together Versus Against Each Other

In those situation where you and your negative coworker are asked to join together on a project, try teeing it up by initially expressing how important it is for you to work on the task together, rather than against each other. According to CareerBuilder.com, sometimes a negative coworker will tend to have a competitive side, but telling them you’re interested in meeting halfway could be beneficial for you. The site suggested, however, keeping a paper trail of the specific items you worked on along the way in case this coworker tried to hijack your ideas and efforts as their own. Above all, don’t engage in the competitiveness — it’s not worth it in this circumstance.

Let’s see you’re pulling out all of these stops mentioned so far, yet this negative coworker still can’t help but track you down and spill negative banter in your direction at every turn. Heathfield suggested recommending to the person that they seek advice and guidance on their workplace sentiments from the human resources department or from his or her supervisor.

Or Mr. Negative… whatever the case may be. It might be tempting in a scenario when the person brings up something that is particularly relevant to you where you want to chime in, but withhold. Bonding with this person could mean more trouble for you later on. Monster.com spoke to Tony Chatman, a corporate relationship expert, who recommended, “Do not join in. Don't even empathize. If you ‘bond’ with someone on a negative issue, they will feel that they have found a partner in their distress, and they will look for you every time they feel something negative.”

11. When All Else Fails, Kill ‘Em With Kindness

At the end of the day, sometimes the best method to handling a negative coworker might just be to kill them with kindness and positivity. Success.com spoke to Jon Gordon, a business consultant and author of The No Complaining Rule, who said, “You’re dealing with an energy vampire. Negative people can suck the life right out of you.” Gordon went on to agree that a great way to battle that negativity and energy suck is through the use of positive vibes.

Nothing can make us dread going into work in the morning like the thought of being immediately encountered by a Negative Nancy. However, by practicing some of these tips, you might find your power to successfully deal with negative coworkers is a great deal stronger, and you might be more at ease at work because of it.