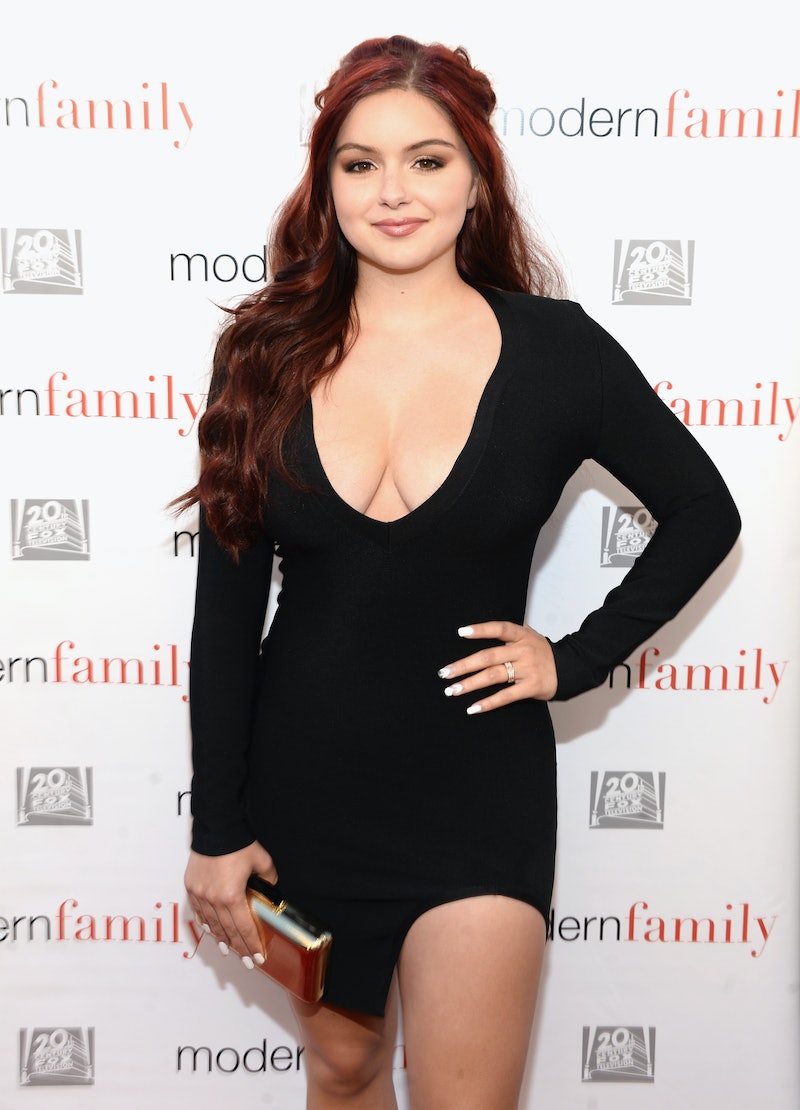 This actress is making some major commitments for her latest role. Not only has she switched up her signature hairstyle, but she also just debuted some major ink. But, are Ariel Winter’s tattoos real? According to Teen Vogue, the tats are temporary and all apart of the look for her character in Dog Years.

Her new look consists of fiery red hair and a whole lot of body ink. Pair that with a crop top, some cut-off shorts and Doc Martens like she’s done, and you’ve got one edgy vibe. Especially since we’re used to long black locks and minimal glam, this look is extremely different than what we've become accustomed to seeing from her, but it’s nothing she can’t pull off.

She’s rocking bold makeup and even (likely) faux piercings, which is most definitely a departure from her signature simplistic style. But hey, a girl’s gotta do what a girl’s gotta do for her career, and this movie role is definitely a good move for her. Plus, it’s nice to try out some tats temporarily before ever getting inked for real, if you ask me. A little experimentation never hurt nobody, and by the looks of it, Winter is living her best life as a tatted up redhead. And I’m loving every minute of it. Can’t wait to see her kill it in this film!

She's not on the set of Modern Family anymore!

A nose piercing, too? We're seeing a lot of firsts for this girl.

Is this a dramatic makeover or what?

Just for comparison, see Winter with before the transformation.

Her red hair was quite the change, but was nothing she couldn't pull off.

But, this takes it a step further.

TBH, this edgier style suits her. Sleek and simple or bold and daring. Take your pick because she's got both down pat.