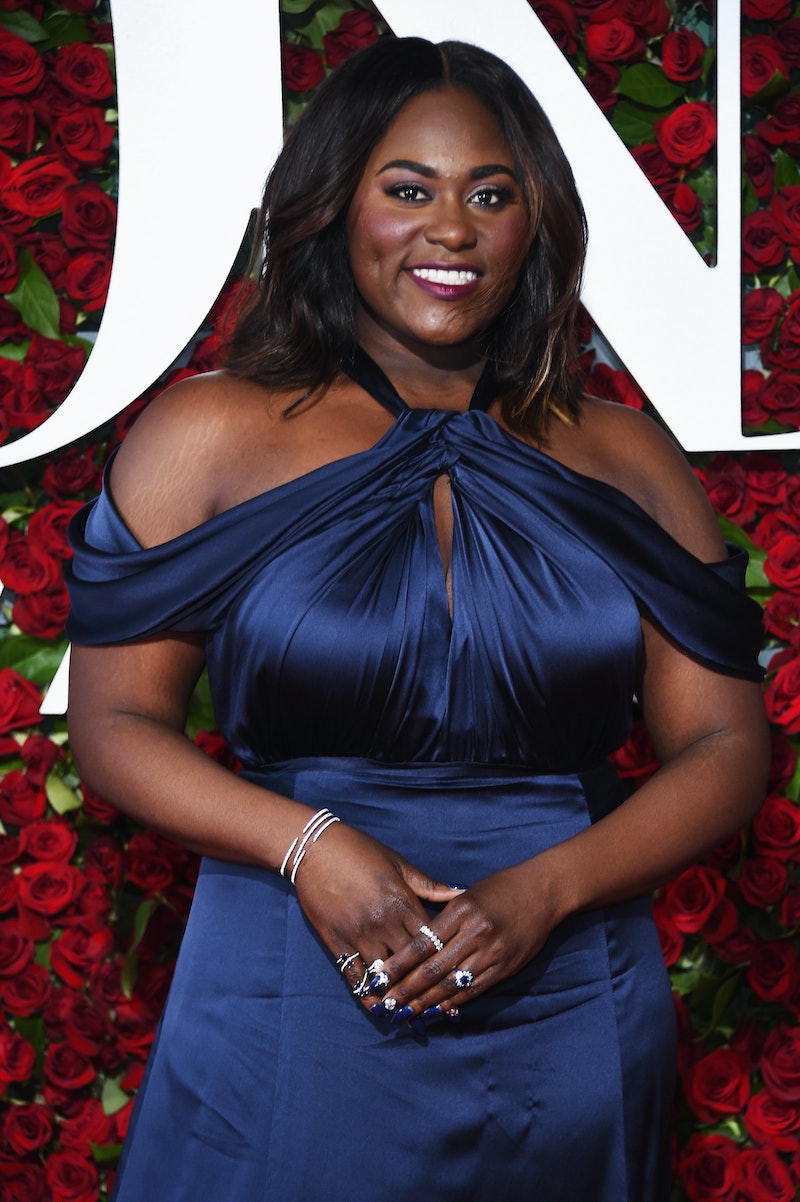 Though it may have ran on Broadway over 10 years ago, in 2015 The Color Purple came back with a vengeance, thanks to a thrilling announcement by Oprah herself. It became an instant hit yet again, thanks to a star-studded cast. And on Sunday night, the cast of The Color Purple at the 2016 Tonys killed it yet again off stage, looking all sorts of fabulous.

When the show came out in 2005, it won 11 2006 Tony Award Nominations. So, they had big shoes to fill with the revival. And luckily, it delivered. Nominated for four Tony Awards in 2016, including Best Musical Revival, it seems as if critics loved it, with the New York Times saying it's "a blazing triumph and a glory to behold." With a cast filled with talents like Heather Headley, Danielle Brooks, and Cynthia Erivo, how could it not be?

These women slay beyond just the stage, though. Jennifer Hudson has long been a fashion favorite of mine, killing the red carpet and TV appearances in bodycon dresses, gorgeous gowns, and even knee-high boots. This woman can dress. And let's not forget her amazing role in the Sex And The City movie. However, Heather Headley took over Hudson's position, starting May 10, 2016.

And, if you're a Netflix binger, chances are, you know of Danielle Brooks, who plays the beloved Taystee on Orange Is The New Black. Did you know Brooks modeled for Christian Siriano's new Lane Bryant Collection? Yeah, these ladies know what they're doing when it comes to style.

Tonight, they showed us just how stylish they are when they showed up to the red carpet looking fabulous. Cynthia Erivo wore a multi-color, multi-tiered dress with all the textures in the world, along with some sheer cutouts. This may just be the most unique dress yet.

How amazing is this dress?

Heather Headley went with a gorgeous yellow/light orange dress with a high neckline, dangling earrings, and a gold belt.

I love the casual feels of this look, which proves that formal and fun aren't mutually exclusive.

Whether they're on stage or off, these women always bring it. Good luck tonight, and I can't wait to see which awards they clinch tonight.