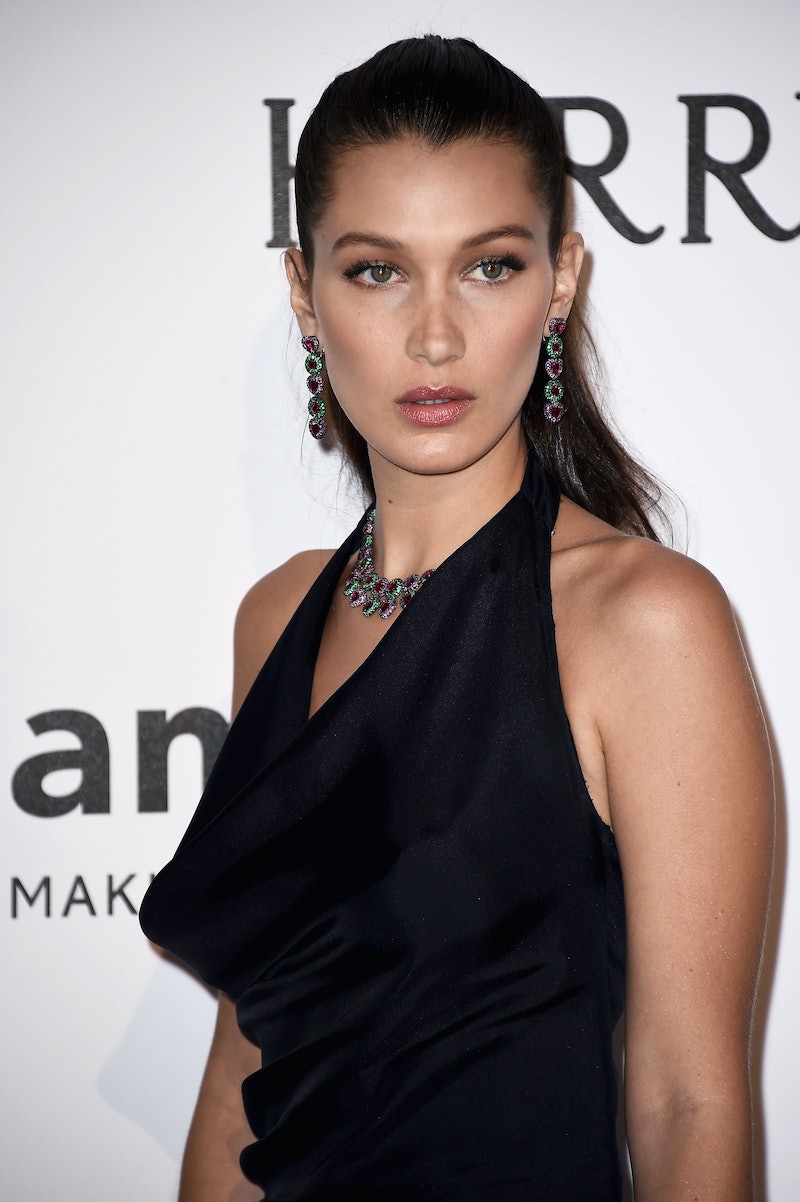 In case you were wondering what the next big hairstyle trend was going to be, let me fill you in. It’s bangs. That’s right, a little fringe in the front is the thing to add to your look this season. Bella Hadid just got bangs, and she joins the likes of Selena Gomez who also just fringed out her hair. So, if you needed proof that this was popular, well, now you have it. UPDATE: Hadid has since posted a photo to Instagram that proves her bangs were temporary.

Hadid’s rocked some dramatic bangs on the red carpet before, but these are a little more simple than those. They’re short and straight across her forehead, and if you ask me, they’re a great addition to her typically middle-parted straight-haired look.

While these seem like a permanent addition, they could also be temporary. You never really know with Hadid. She’s constantly changing up her look for photo shoots and runway walks. Model lifestyle, you know? But, she always goes back to her simplistic style once she’s wrapped whatever project she’s working on. Given that adding bangs isn’t too drastic of a change, I wouldn’t be surprised if these were a permanent part of her look, at least until they grow back out, that is.

Bangs are a good look on her.

Her new bangs aren't quite as dramatic as these, but hey, she could have totally pulled these off longterm, too.

Sleek hair is kind of her thing, so it doesn't surprise me that her fresh bangs aren't super messy, but come straight across her forehead, instead.

Because when you've got a style that works for you, you stick with it.

Except, you know, you add bangs on occasion.

There's absolutely nothing not to love about bangin' new 'do, if you ask me.