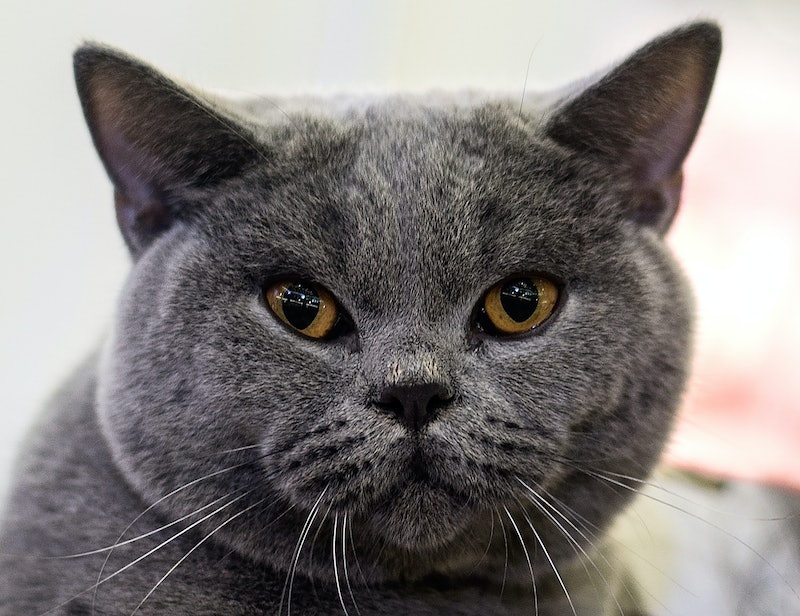 If it seems like your cat doesn't even know who you are sometimes, don't feel bad — turns out they know exactly who you are, and they're just ignoring you. According to science, cats recognize their owners' voices, but because of the ways cats were domesticated, they simply don't care about it. Which sounds just about right given that, well... they're cats.

In a study conducted at the University of Tokyo, researchers observed 20 cats in their homes for eight months to see if they responded to their owners' voices. Unsurprisingly, they found that cats would only come when called about 10 percent of the time, but interestingly, they observed that cats did have a reaction to humans' voices. When they heard a human calling, 50 to 70 percent of cats would turn their head, and although cats tended to have this reaction whether the human was their owner or a stranger, the reaction was noticeably stronger when the human in question was their owner. Meaning your cat really does recognize your voice.

"Previous studies suggest that cats have evolved to behave like kittens (around their owners), and humans treat cats similar to the way that they treat babies," co-author Kazutaka Shinozuka of the University of South Florida College of Medicine told Discover News. "To form such baby-parent like relationships, recognition of owners might be important for cats."

But that also means cats don't actually feel compelled to listen to us, even though they know who we are and that we're speaking to them.

So why aren't cats more like dogs when it comes to listening to humans? It all goes back to the way both animals were domesticated. Dogs were trained to obey human orders from the early days of the human-canine relationship. So they've evolved to naturally be more responsive to humans. Cats on the other hand, were given free rein basically from the start — after all, you don't need to follow direct orders to be a mouse catcher, right? So over time cats have mostly just evolved to be self-centered.

So basically, yes, your cat is a jerk and they are ignoring you, but it's not their fault; it's just evolution.

More like this
The 5 Best Cat Trackers
By Megan Gray
The 9 Best Duvet Covers For Dog Hair
By Claire Epting
The 8 Best Dog-Proof Litter Boxes
By Lauren Moison
64 Genius Gift Ideas For Every Single Guy In Your Life
By Teresa Newsome, Mia Mercado and Brittany Leitner
Get Even More From Bustle — Sign Up For The Newsletter