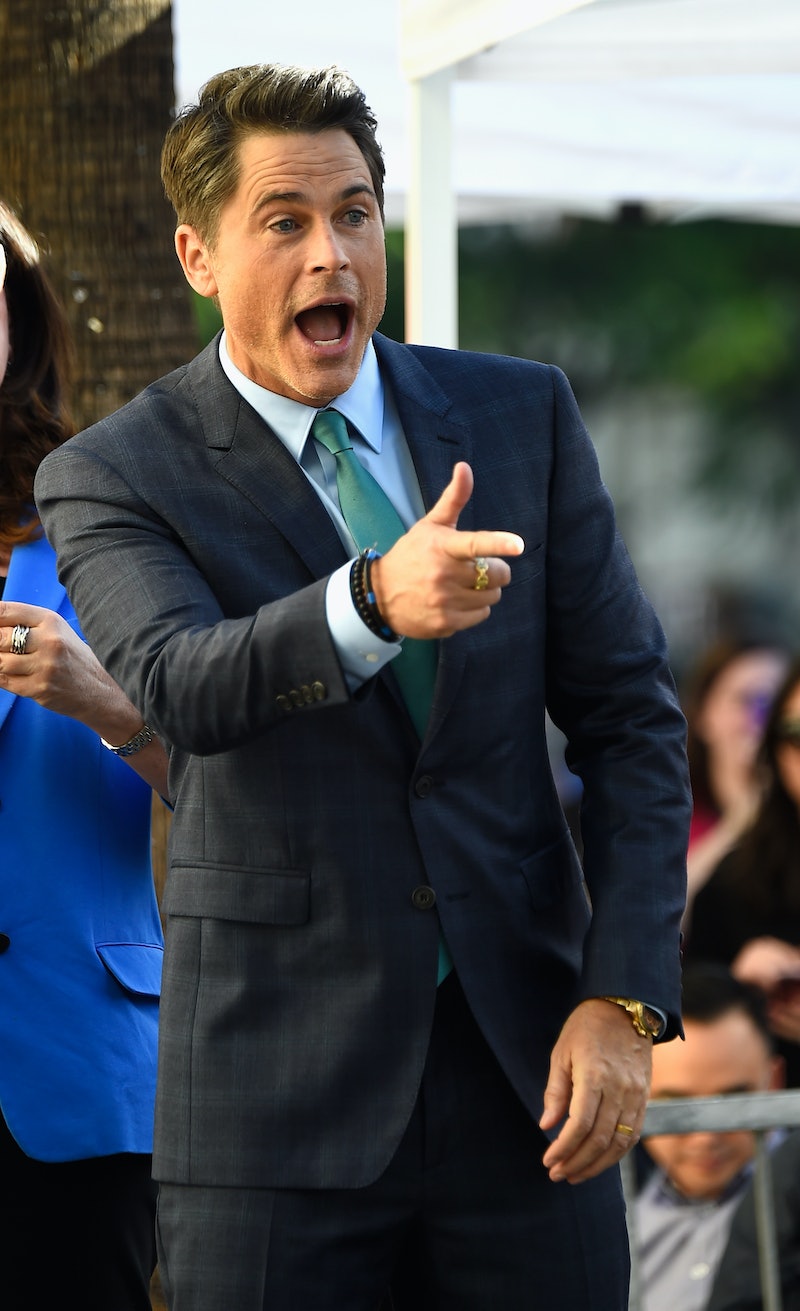 The Grinder has agreed to be ground up… by zingers. (Woof. I am nothing if not always down to offer up a painfully corny joke.) On Thursday, Comedy Central announced that Rob Lowe will be the next Roast target. “Rob Lowe is handsome, talented, successful and handsome," said Comedy Central president Kent Alterman (via The Wrap). "He needs to be roasted."

“What a thrill to once again be following in Justin Bieber‘s footsteps,” Lowe added. “I look forward to a night of hilarious jokes recycled from the ‘James Franco Roast.’ I would like to express my gratitude to the members of my family who have passed away and therefore will not have to endure what promises to be a very special evening.”

Who will be roasting this roastee? The dais for the Roast of Rob Lowe has not been announced, so I reckon we'll just have to sit tight.

...Sit tight and make some predictions about the lineup, that is. As far as Lowe's former costars go, it'd be a delight to see any of the following actors on the Roast stage:

Seriously though, Chad Lowe has to be on it, right?

When will we get to watch the lampooning of Sodapop? The air date has yet to be set, but according to Variety, the Toast, er, the Roast is slated to shoot sometime later this year.