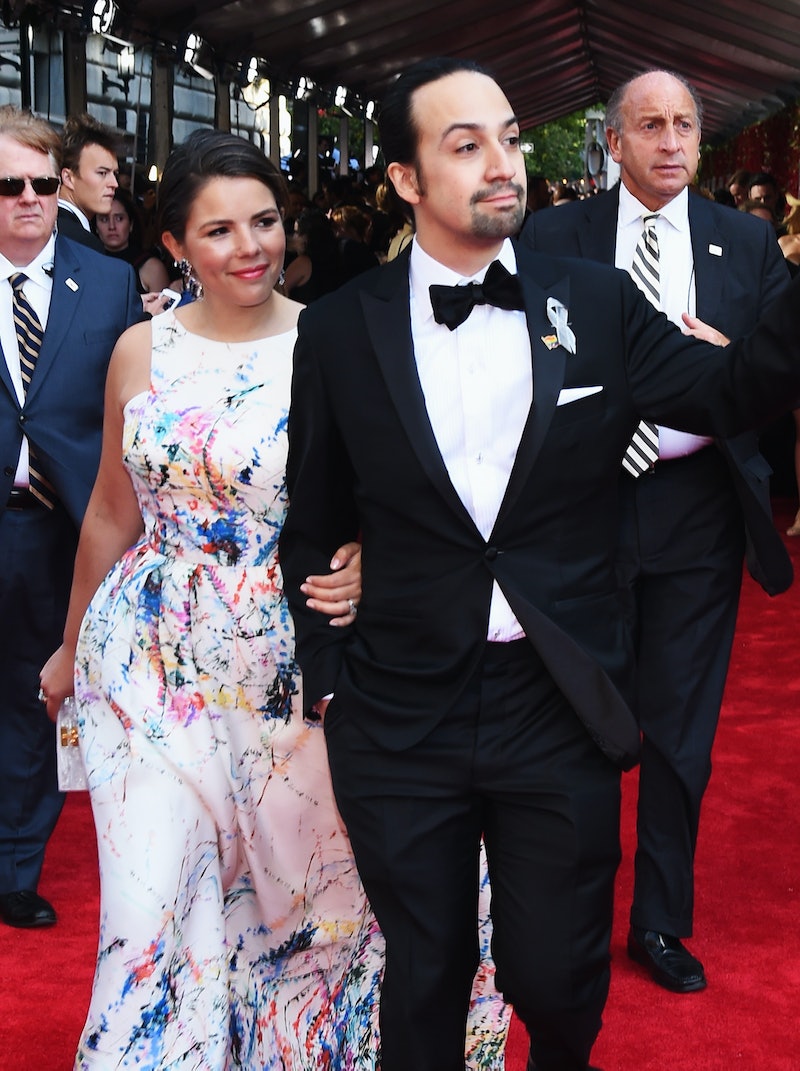 OMG! Hamilton star Lin-Manuel Miranda and his wife Vanessa Nadal are once again relationship and style #Goals. The couple complemented each other so well at the 2016 Tony Awards, especially on the red carpet. Their red carpet attire was hardly ostentatious. Instead, they opted for dapper, classy, and classic. Miranda wore a black tux with a bow tie, which he paired with black sunglasses upon the first sighting. It was anything by basic. Nadal looked equally as head-turning in a sleeveless, white frock with splashes of blue and pink print, a square neck, and a cinched waist. Her dress had a bit of a retro, '50s-era vibe and it looked absolutely lovely on her.

Based on the 2016 Tony Awards looks, the duo, which shares a son born in 2014, is so insanely in sync. Miranda, who is up for Best Actor in a Musical for his work in Hamilton, and his wife, who is an attorney, make for quite a dashing pair.

Judging from the first photo, Nadal wore her brown hair in what looks like a half-up, half-down do, which showed off her drop earrings.

Witness the first sighting of Miranda and Nadal below. These two are the epitome of a complementary couple.

Her dress could and should totally be copied for any summer occasion, from a fancy garden party to a wedding.

Here is Miranda solo. See what I mean about classic but dapper? It's not flashy but all eyes will inevitably land on him because he has that "thing" you can't fake.

He wears this look so, so well.