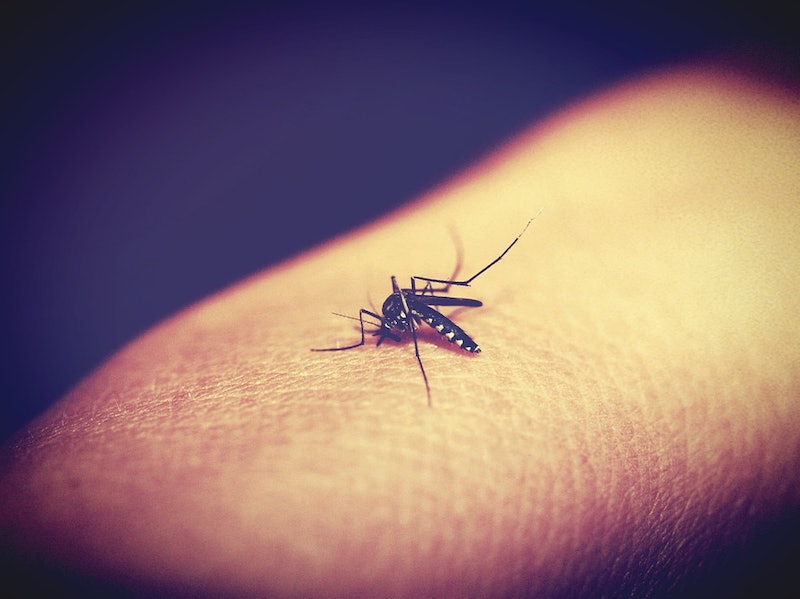 Got a strong stomach? You might be feeling a bit less confident in its iron-clad reputation after you start reading this. But knowing about the signs of parasitic diseases is important, particularly for people traveling in countries where parasitic diseases are more common and medical help less accessible; self-diagnosis might be a very valuable asset. We also have to remember that "parasitic" doesn't just mean tapeworms (though it does mean that); it's also a descriptor for diseases like malaria, and waterborne parasitic disease like giardiasis.

The United States is extremely lucky; parasitic diseases are rarely deadly if contracted here, and can be very easily treated. Elsewhere in the world, the story is different. According to the World Health Organization, infectious and parasitic diseases are the second-biggest causes of death among the world's population, behind cardiovascular disease. And in low-income countries, they're often the biggest cause of death of all, particularly among children. But don't automatically discount parasites as a cause of illness if you haven't travelled anywhere lately; as we'll discover, some of the most common parasitic diseases can be found in American water and soil. How very lucky for us.

So let's get into five possible signs that you have a parasite, from plausible contexts to combinations of symptoms. Warning: this is not for the squeamish.

1. You're Feeling Weird After Visiting A Subtropical Country

A lot of the diagnosis of parasites will be contextual, because often, the symptoms aren't substantially different from normal stomach upsets or the flu. It's more likely that you have a parasite, for example, if you've recently come from a place in the world where they're common. If you want to give yourself a minor heart attack before your next vacation, the Center for Disease Control and Prevention has a handy list of which particular parasites are the most prevalent around the world, from the more common (giardia and malaria) to the least (African sleeping sickness).

Most parasites, including intestinal ones, are common in subtropical countries, including parts of Africa, Asia, and South America. Don't be surprised if your doctor requires a summary of your recent travels if you go in for a diagnosis; they might be a bit worried if you contract something specifically foreign when you've never spent any time outside New York.

2. You've Come Into Contact With Unclean Water Or Food

Some of the most common parasites worldwide, from giardiasis to amebiasis, are waterborne diseases, meaning that you most often contract them through ingesting unclean water, eating food that was washed in it, or swimming in rivers or bodies of water that are unhygienic. If you start suffering symptoms after contact with a water source of less-than-crystal-clear safety ratings, a parasite is a likely cause.

To make things slightly more complicated, though, the illnesses you contract from contaminated water or food don't necessarily have to be parasites. Contaminated water can lead to illnesses of all kinds, from plain gastroenteritis (known as "Delhi belly" if you get it in India) to hepatitis E and dysentery. So it's not automatically assured that a parasite is responsible for your discomfort after risky meals or drinks. Independent Traveller recommends that you avoid cold meat, seafood, any fruit or vegetables that can't be peeled, eating with your hands if you've washed them in local water known to be problematic, raw eggs, and any condiments that don't come in sealed packages.

3. You Have Stomach Cramps And Dehydration

This is the specific profile for one particular parasite: cryptosporidiosis, which is a gigantic mouthful and a literal pain in the butt. (Helpfully, it's usually shortened to "crypto"). Crypto is one of the waterborne diseases, and is highly contagious. It's part of the class of parasites called protozoa, or single-celled organisms that rely on hosts to multiply. The parasite, once ingested, lives in the human gut, and its main symptom is watery diarrhea, but it's also associated with severe stomach cramps and dehydration as your body struggles to retain enough fluid to function.

It's also distinctive because of its cyclical nature: it may last one or two weeks, in which it seems to get better and then worsens again. Because it's spread by fecal matter that manages to get into water or food, getting a diagnosis is going to be a bit unpleasant; you'll likely have to provide stool samples to be examined by your doctor.

4. You Have Ongoing Diarrhea

Ah, giardiasis: one of the most unpleasant and most common of the parasitic diseases. It's not confined to other countries: the Mayo Clinic particularly warns against "backcountry streams and lakes... municipal water supplies, swimming pools, whirlpool spas and wells" in the United States. It's caused by a tiny parasite called Giardia lamblia that keeps itself happy in your small intestine or that of animals, and it wreaks havoc via dehydration, fatigue, a seriously upset stomach, bloating, nausea and often a small fever. It's not pleasant, but it can be killed easily with antibiotics, which is a small mercy.

Be prepared for this to get graphic for a minute: giardiasis is distinct from other parasitic diseases because your diarrhea will possibly be "greasy" rather than purely watery. This one's a stool sample diagnosis as well, unfortunately for your dignity.

5. You Have A Small, Itchy Rash And Fatigue

This is one of the other class of parasites: the helminths, or multi-celled organisms that can live either independently or in hosts. Helminths include tapeworms and flatworms, but roundworms, which are usually what causes this combination of symptoms, are some of the most common. (No, tapeworms were never used as a weight loss aid; that's a myth and you shouldn't try to contract one. If you do have a tape worm, any weight loss will be caused by severe nausea and diarrhea, plus inflammation of the intestine. Not worth it.) Roundworms are usually spread through skin contact with contaminated soil, and it's particularly common for people to contract it by walking around infected areas barefoot.

Roundworm can show up in numerous ways, including being virtually symptom-free, but it's most common to have a tiny, itchy rash on the part of your body where the larvae of the roundworm first "got in" (so probably on your feet). It might be accompanied by serious fatigue, and unlike tapeworm, you usually can't see any evidence of it in your feces with the naked eye; it'll need to be examined under a microscope by your doctor for a proper diagnosis. It's easy to get rid of, so don't worry too much.

Parasites tend to play the long game: there's usually a gap between infection and appearance of symptoms (it can be as little as two days, but some can hang around in the system for years before showing sign), which can make the precise way you got the condition a bit hard to track. If your symptoms are mild, you might also want to wait a few days before freaking out; with giardiasis, for example, it's recommended you go to your GP if the symptoms have stuck around for a week.

If you suspect you have a parasite, it's best to check with a doctor, and to come armed with your travel history to see where you might have contracted it. You might recover without treatment depending on the severity and type of the parasite, but always go to your GP, because they can perform diagnostic tests you can't do at home, and can provide meds that can ease the symptoms. The University of Maryland explains that, alongside conventional medicine, your medical provider may recommend you pursue a particular diet low in carbohydrates and high in fiber and digestive enzymes, which may help restore your intestinal health.