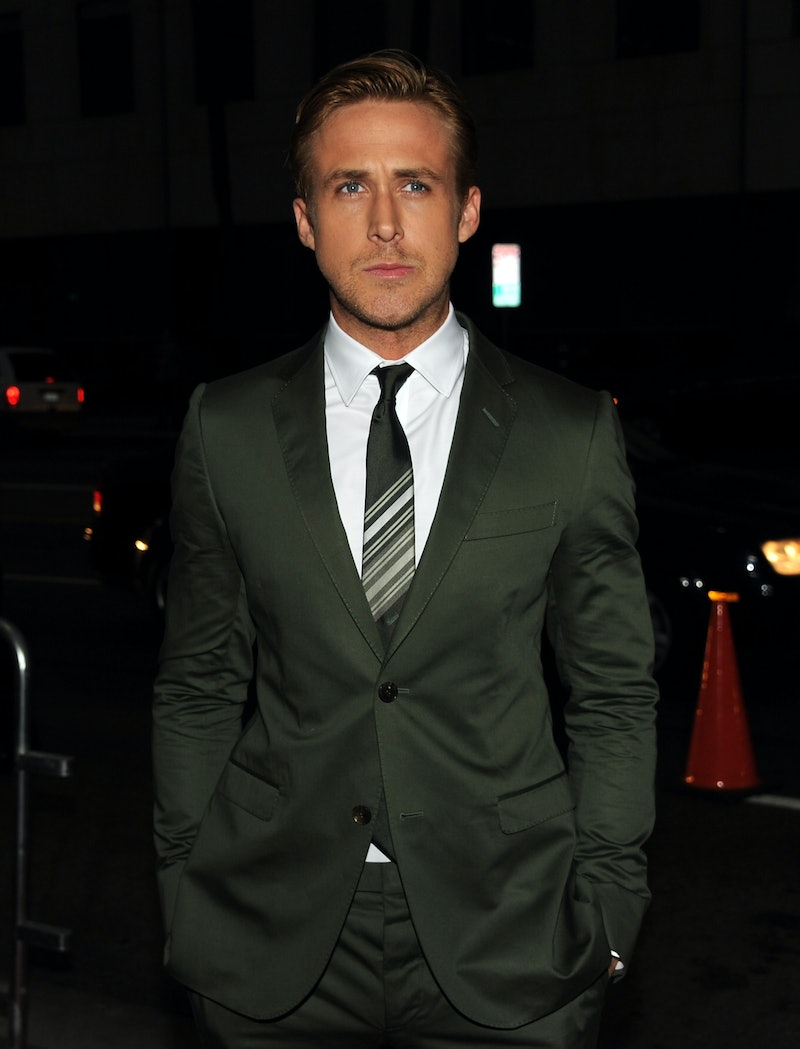 Ryan Gosling — peacekeeper, feminist, and boyfriend of your dreams — has now given you yet another reason to obsess over him. In today's The Globe and Mail (a Canadian paper), Gosling wrote an article denouncing the factory farm processes used on pigs. Not only did he mention his canine best friend George in the article, but he also supported Canada’s National Farm Animal Care Council code of practice for the pork industry (while also criticizing a loophole in the code).

This is just too much. I thought we had reached the peak of our culture's Ryan Gosling obsession with Feminist Ryan Gosling, but with this newest development, it's become clear that the Gosling's attractiveness might just be infinite. Soon, Gosling's intelligence, compassion, and sheer hotness will grow so much that they will consume popular culture as we know it. So get ready for more headlines like these:

So, are we at the peak saturation point of Ryan Gosling in our culture? Only time will tell. Time, and the amount of drowning puppies saved by Ryan Gosling.

More like this
If You Have Pets, You Probably Don't Realize You're Making These Common Mistakes
By Mackenzie Edwards
What To Know About Simon Guobadia’s 3 Ex-Wives & Children
By Brad Witter
Christine McVie Dies At 79 & Fleetwood Mac Reacts With Touching Tributes
By Radhika Menon
Adele Freaks Out After A Fan Used A Filter On Their Selfie At Her Show
By Radhika Menon
Get Even More From Bustle — Sign Up For The Newsletter