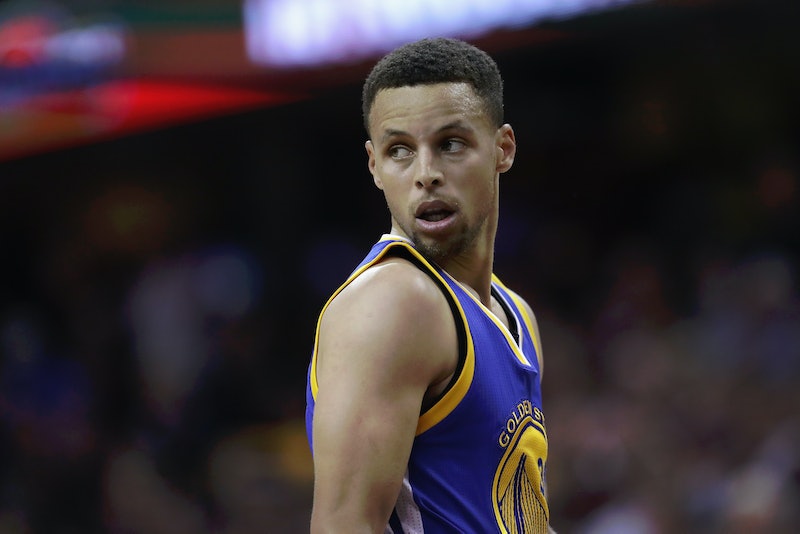 What happens when you combine an NBA superstar and a top athletic brand? Well, usually an awesome pair of shoes. Back in 1985, Nike and Michael Jordan gave us the Air Jordans, if you remember. Well, in the present day, the new man on the block, the current star of professional basketball — point guard Steph Curry of the Golden State Warriors — has teamed up with Under Armour to bring you... well a pair of shoes your grandfather might like. You probably won't want a pair, but you can't miss the internet's response to the new Curry sneakers. The memes are insane.

Twitter is abuzz in glory, thanks to these hot-off-the-press sneakers. The white-and-gray kicks — which retail for $120 — are called Curry Two Low “Chef” sneakers. That's in homage to Curry's nickname, "The Chef," which developed from his hot streaks, when he's "cooking." And, in fact, they would be a fitting shoe choice for hospital cooks who are working on their feet all day — assuming no one sees them work, of course.

Black might be better for stains, but they are probably plenty comfortable — at least to the same degree as your average orthopedic shoe.

However, despite the culinary name, many of the memes recognized the shoes' real promise in the world of nursing.

But the elderly and religious might want a pair too.

Although the young shouldn't be counted out.

Just imagine how many will be sold at your suburban shopping mall.

But they're kind of perfect for the inner city too.

As well as American's favorite politicians.

But the most insane tweet probably came from Steph's own brother, Seth Curry. He plays for the Sacramento Kings, but he's keeping real — real enough to pick fun at the shoe that has come from his brother's endorsement deal.

Speaking of which, a Morgan Stanley analyst looking at Under Armour's future performance had valued Steph Curry's relationship with the company at around $14 billion. Yes, billion with a "B." So, for the athletic wear manufacturer, this hopefully amounts to a fair share of free advertising.

More like this
Where To Get A TikTok-Approved Welded Bracelet In The UK
By Rebecca Fearn and Orla Pentelow
What Is “Jello Skin”? The Latest Viral Trend To Know About
By Tomi Otekunrin
Kourtney Kardashian Got Married In A Heart-Stamped Mini Dress
By Allie Fasanella
The 8 Best TikTok Leggings On Amazon
By Jenny White
Get Even More From Bustle — Sign Up For The Newsletter