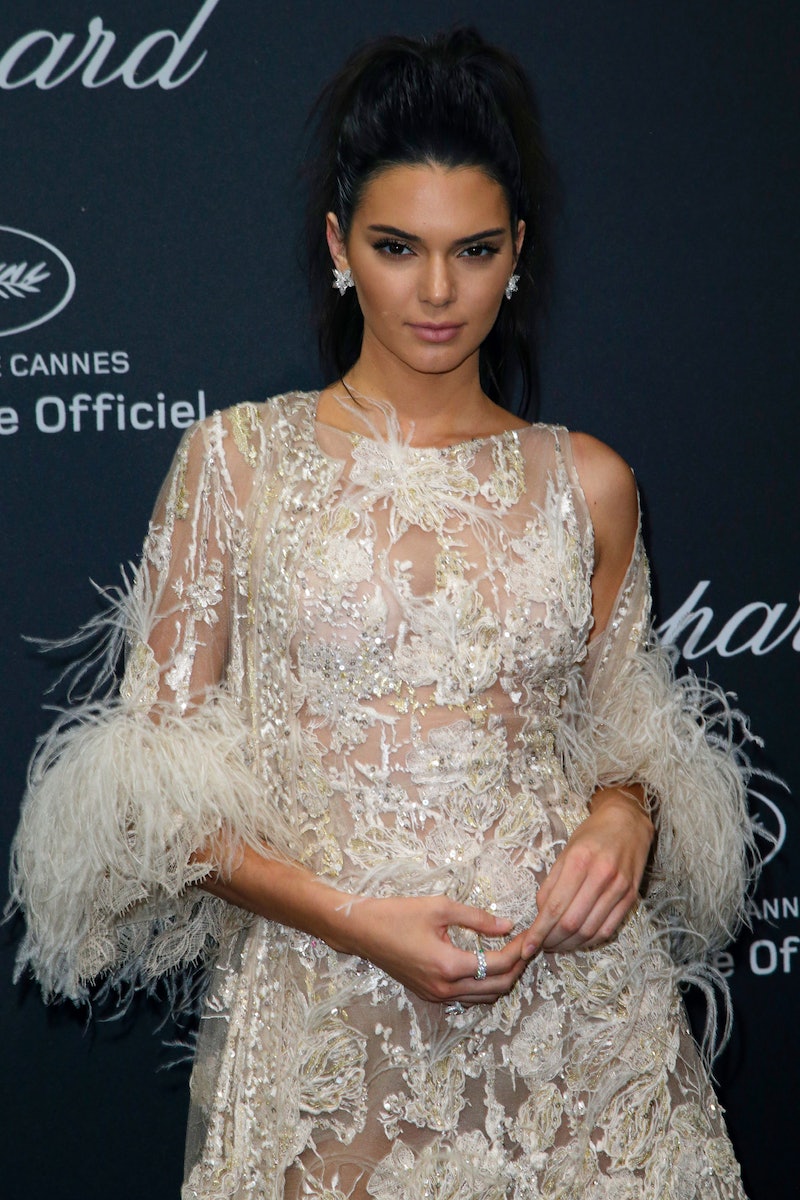 Another Jenner has changed up her hair, but this time it's not the one you'd expect. Kendall Jenner showed off a lob on Friday, and I'm slightly freaking out. Kylie is basically a hairstyle chameleon, Kim Kardashian constantly flip flops between being a blonde and a brunette, and Khloe Kardashian is getting blonder by the minute — but Kendall chopping off her hair?! I never thought I'd see the day, which makes me wonder — Is Kendall Jenner's lob real?

The 20-year-old took to Snapchat on Friday to debut her new 'do with a plain and simple, non-captioned photo. The picture showed just the bottom half of her face, which revealed that her usual ultra long locks have been cut up to her shoulders. I love how she just casually dropped a major mane change on us, sans any sort of explanation via caption. The collarbone-grazing style looks insanely gorgeous on her, obviously, and is definitely the most dramatic look she has ever donned.

The question remains, though, is it actually real?! Judging by the photo, I'd say yes. While you can't actually see her whole head, the tips of her strands do look like hers, both in the dark brown color and in the fine texture, whereas wigs often have a coarser type of texture.

Take a look at the Snapchat photo.

Wow. How incredible does she look with short hair?!

As one of the busiest models in the industry, Jenner has experimented with all kinds of hairdos for the sake of fashion, including a short bob wig, so I wouldn't be surprised if she is fooling us with a wig this time too. After closely examining the photo, you can tell that this picture looks to be taken in someone's home or perhaps a hotel room, rather than a set, providing further proof that it is, in fact, the real deal.

Let's take a look at Jenner with a wig to compare.

Jenner's hair has been long for what seems like forever, so what on Earth led to the decision to chop it all of?!

I am still so in shock over this drastic change. She had to have cut off at least 5 or 6 inches.

I can't wait to see more pictures of her new look!