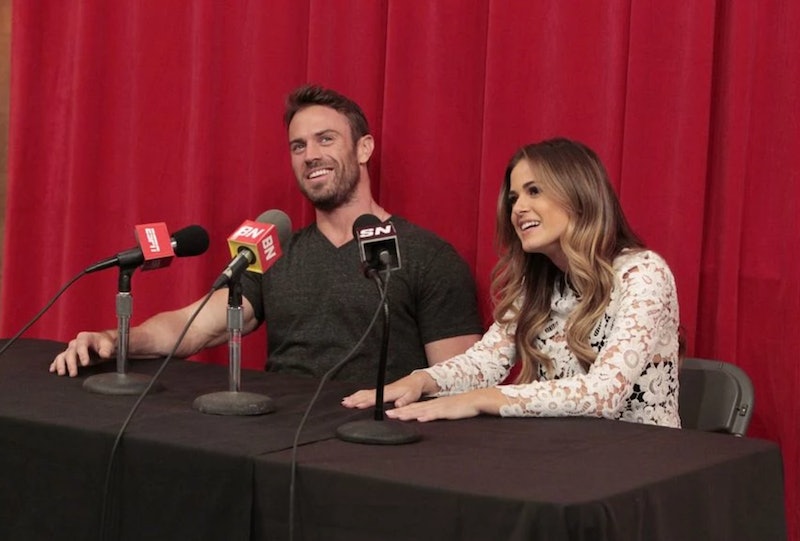 Go grab a fistful of lunchmeat, because this gossip is far too intense for an empty stomach: It looks like Chad Johnson will be on Bachelor in Paradise Season 3. Thanks to spoiler king Reality Steve, the rumor that Johnson joined the BiP cast has been swirling about for a minute (if you want MAJOR spoilers about The Bachelorette and the BiP cast, Reality Steve has you covered), and now the rumor swirling has reached a fever pitch. This week, The Bachelor creator and producer Mike Fleiss tweeted two tweets that all but confirmed that the sweet potato-chomping villain of The Bachelorette Season 12 will be part of the spinoff series.

On Wednesday, PEOPLE revealed some of the familiar faces who will be on BiP Season 3 when it premieres on Aug. 2: Jared Haibon, Emily Ferguson, Haley Ferguson, Leah Block, Lace Morris, Amanda Stanton, Jubilee Sharpe, Sarah Herron, Carly Waddell, and Izzy Goodkind have all reportedly signed on to move into the beach house, drink all of the tropical drinks, and attempt to find love. For the sake of not spoiling what happens on JoJo Fletcher's ongoing round of The Bachelorette, this roster does not include any of the dudes from her season... yet.

My fellow members of Bachelor Nation, I implore you to read the following two tweets without jumping to the conclusion that Chad-o-rama will indeed be a part of the BiP mayhem. On Monday, Fleiss posted this:

And on Friday, Fleiss went and upped the ante with this:

*Stress eats an entire bowl of iceberg lettuce.* Welp. Season 3 is already shaping up to be as intense as one of Chad's suitcase balcony pull-ups.

(Bustle reached out to ABC, who had no comment in response to Fleiss’s tweets)