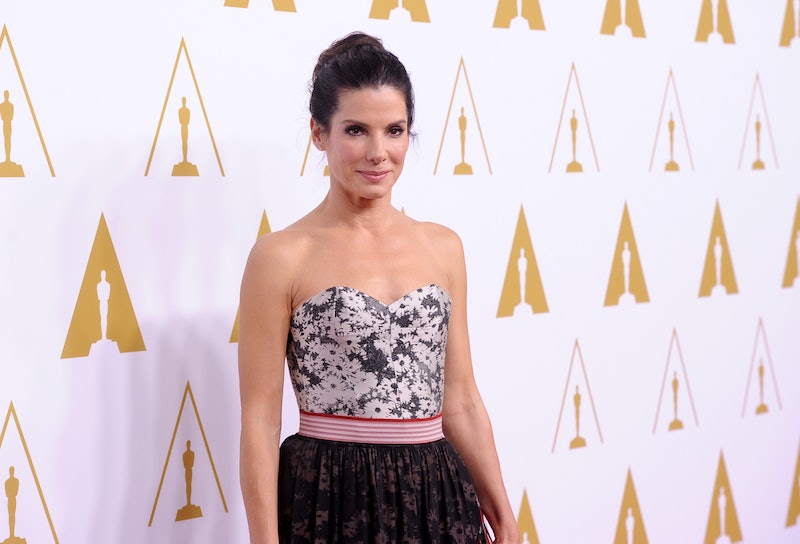 Sandra Bullock might not win another Oscar for her role in Gravity, but she is taking home her biggest payday ever. Sandra Bullock will make at least $70 million for playing Dr. Ryan Stone in the film according to studio sources. If you think that amount of money is outside your realm of understanding, you aren't alone. It's almost easier to imagine being lost in space than it is to comprehend having $70 million.

According to sources who spoke with The Hollywood Reporter, Bullock earned "$20 million upfront against 15 percent of first-dollar gross." Gravity has made more than $700 million worldwide, but the film itself only gets around 50 percent of that depending on the deal the production company has with theater owners. Then there are things like DVD and television sales of which Bullock also gets a portion. The math can get complicated, but basically, Gravity made a ton of money so its star is making a ton of money too.

As a point of comparison, Bullock's second highest grossing film is The Proposal which brought in $314 million worldwide.

A $70 million payday is a huge deal for any actor, but in particular for a woman. On Forbes Highest Paid Actors list in 2013, Robert Downey Jr. took the top spot with $75 million. Angelina Jolie was the highest paid actress making less than half of Downey — $33 million.

Bullock's first-dollar gross deal is very important to her earnings seeing as the movie made so much money. This deal means that she was guaranteed 20 percent of the revenue regardless of how much it ended up making. This is "highly unusual in today's marketplace, where studios insist on recouping costs before sharing profits with talent." Bullock was able to pull a deal like this because of Gravity's extremely small cast and because of her Oscar win for The Blind Side.

After this humongous paycheck, you can expect to see Sandra Bullock topping a ton of year-end highest paid actor lists.