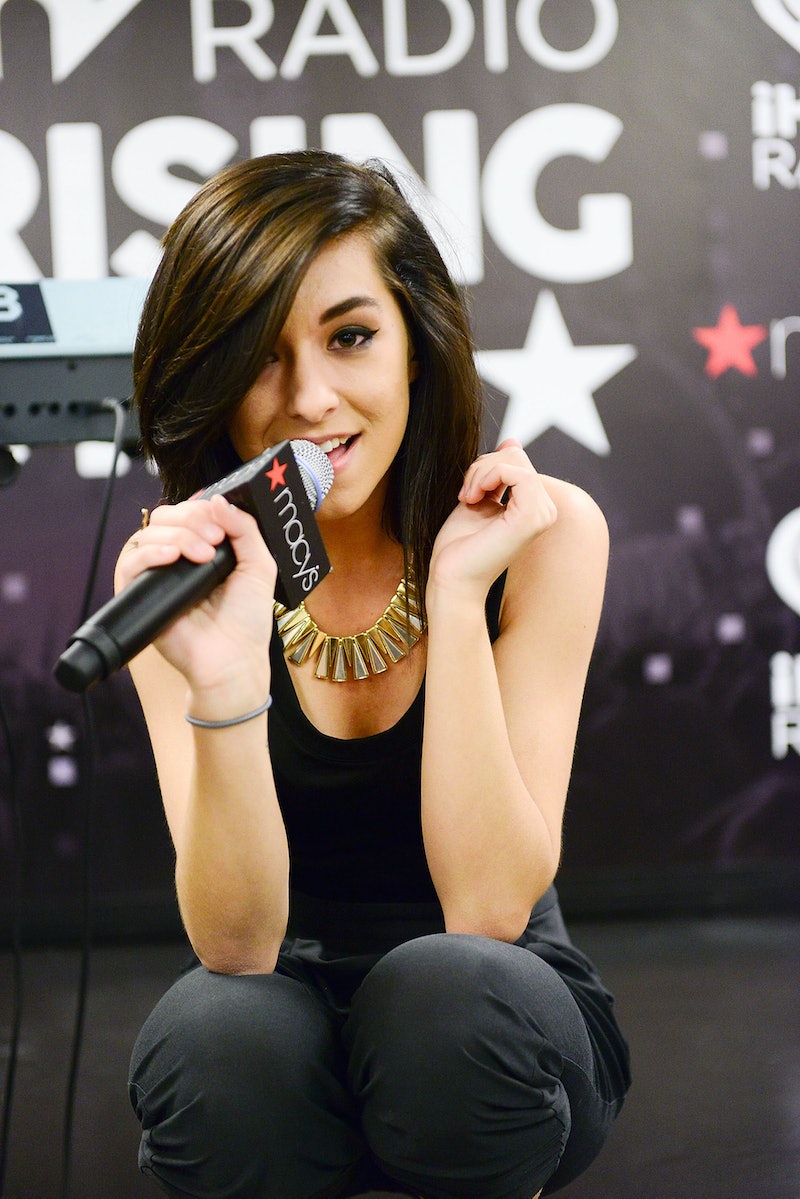 It has been tragically confirmed that former Season 6 The Voice contestant Christina Grimmie has died following a fatal gunshot wound at her concert in Orlando, Florida on Friday night. The unidentified shooter is reported as having approached her during the time of a meet-and-greet when he fired at the singer. Grimmie's brother reportedly tackled the shooter following the attack, before the individual shot and killed himself. The exceptionally talented singer has left an online legacy of her music, andvideos of Grimmie's most memorable The Voice performances prove what a unique talent she was.

It is with a heavy heart that we can confirm that Christina has passed and went home to be with the Lord. She was shot at her show in Orlando and, unfortunately, didn’t survive the gun shot wounds. We ask at this time that you respect the privacy of her family and friends in their time of mourning.

A GoFundMe page has also been set up in Grimmie's memory for fans wishing to donate condolences to her family.

The extraordinary 22 year old was a finalist in the sixth season of NBC's reality show, where she came in third place as part of Adam Levine's team, and her spectacular vocal talents earned her an adoring fan base and large social media following which is still evident to this day. The singer, who provided powerful rock renditions of songs on the show was a fan favorite, and there are countless clips which display her prowess for performance.

During her blind audition for the show, Grimmie blew the judges away with her rendition of Miley Cyrus' "Wrecking Ball," proving that she not only had a breathtaking voice, but also a mesmerizing stage presence.

Grimmie's mesmerizing and powerful delivery was perfect for Katy Perry's haunting ballad. Levine's face of awed disbelief says it all as the singer holds impossibly long notes and sweeps them into gorgeous vocal rolls.

Covering Drake isn't an easy feat for any vocalist, but Grimmie managed to make the song her own, reworking it into a delicate pop ballad which builds into a fierce emotional finale.

Though Grimmie's vocals were impossibly powerful and often enormous, her rendition of Jason Mraz's "I Won't Give Up" proved that she could deliver strength through delicate subtlety.

This divine duet with Ed Sheeran of his song, "All Of The Stars" allowed Grimmie to showcase that same delicate subtlety, providing a sweet restraint against Sheeran's tender vocal strains.

Duetting with Levine, Gotye's breakup duet with Kimbra was perfect for Grimmie's fusion of sweetness and strength, possessing the song with jaw-dropping harmonies and powerful vocal riffs.

A staggeringly beautiful version of the One Republic song, Grimmie lends heartbreak and vulnerability strengthened by determination.

In a duet with fellow contestant Sam Behymer, the two singers tackled One Republic's "Counting Stars," and though the judges asserted that the song made it clear that Sam had not yet "found her style," Grimmie's own personality and singing style flourished comfortably and confidently.

A bare, unaccompanied intro lends a haunting atmosphere to this cover of the Elvis classic.

An undisputed talent, the tragic news of Grimmie's death is truly heartbreaking. Our condolences go out to Grimmie's family and friends.