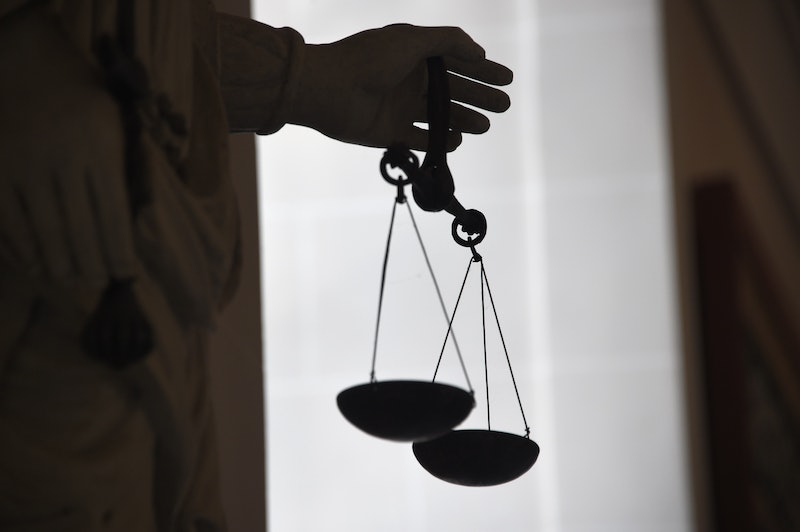 A California jury found a former Stanford University freshman guilty on three counts of felony sexual assault in late March. It was a trial few were following at the time, but the case became the topic of heated international debate in early June when Santa Clara County Judge Aaron Persky gave the student a significantly lighter sentence than the six years prosecutors had asked for. For the sexual assault of an unconscious and intoxicated person behind a dumpster, Persky handed down a sentence of just six months in county jail and three years probation. However, recent reports suggest Brock Turner is looking to appeal.

Although Turner's family and friends are undoubtedly unhappy that he received any jail time — Turner's father told the court that jail was "a steep price to pay for 20 minutes of action" — it seems more likely that Turner will seek to appeal his conviction and not his sentence. According to Santa Clara County booking records, Turner began serving his six-month sentence on June 2 and is scheduled to be released on Sept. 2, meaning the former student-athlete will likely cut a full three months off of his sentence. Moreover, if Turner's conviction was reversed, his sentence would also be vacated.

Palo Alto Online, an online portal of a local newspaper, was the first to report Turner had plans to appeal his conviction and had hired San Francisco appellate attorney Dennis Riordan to represent him in the appeal. Riordan is well-known for his defense of Giants left-fielder Barry Bonds when the baseball player was charged with perjury after he testified to having never used steroids in 2003.

Multiple publications have since reported being told that Judge Persky was barred from commenting on the case because Turner was seeking to appeal his conviction. And less than a week after Turner was sentenced, Santa Clara Court spokesman Joe Macaluso reportedly told the Associated Press Turner was appealing his conviction, thus prohibiting Persky from commenting. Later in the week, both Newsweek and the Los Angeles Times also reported being told by a Santa Clara County Court spokesperson that an appeal from Turner meant Persky had to legally refrain from commenting. Newsweek also claimed Turner's lawyer said a notice of intent to appeal had been filed with the court last Tuesday.

Turner, however, isn't the only one hoping for an appeal. Texas Rep. Ted Poe demanded the Court of Appeals overturn Judge Persky's lenient sentence while speaking in the House on Thursday. Poe expanded on his comments in an interview with BuzzFeed, saying, he was "glad this arrogant defendant has appealed his case" because it gave the court the chance to hand down a more severe sentence. "The appeals court must make this right and overturn this pathetic sentence," he told BuzzFeed.

Hundreds on social media seem to feel the same way.