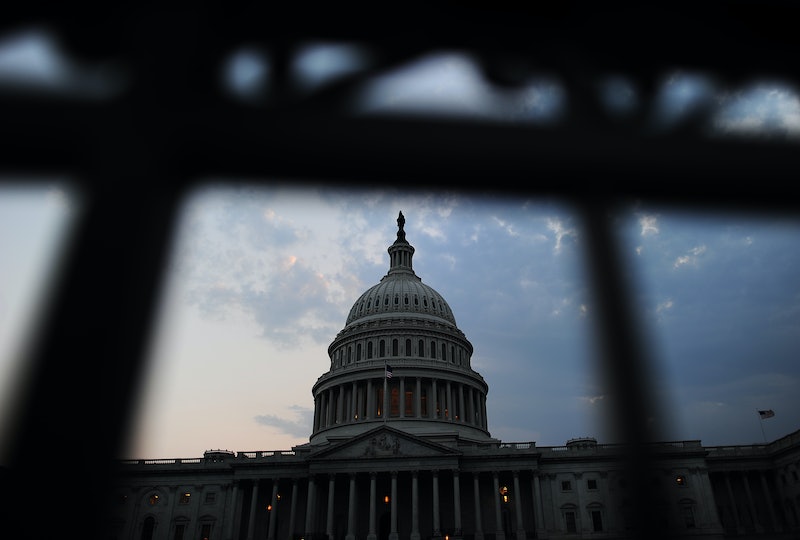 The Democratic and Republican parties may have named their presumptive nominees, but the presidential primary still soldiers on. Voters in the District of Columbia will be the last to cast ballots ahead of November's general election. But before they head to the polls, it's important for voters to know if the Washington D.C. primary is open or closed. Not every voter is given a primary vote in the nation's capital.

As one of the 29 closed primaries held in the United States, Washington's Democratic presidential primary is a members-only voting affair. Only registered members of the Democratic Party will be able to cast ballots this Tuesday, effectively shutting out the District's second largest pool of registered voters: independents.

Data from D.C.'s Board of Elections shows Democrats make up the majority of registered voters in the District, a whopping 76.16 percent. As of May 31, there were 336,005 registered Democrats living and voting in the District. Registered nonpartisan voters, also known as independents, make up D.C.'s second largest voting group at 16.37 percent with 72,226 voters registered as nonpartisan, according to data from the Board of Elections. Republicans trail behind to make up only 6.26 percent of D.C. voters.

Democrats aren't the only political party to hold closed primaries in D.C. Republicans, who caucused on March 12 (Sen. Marco Rubio was the winner but has since dropped out of the race, leaving Trump the party's presumptive nominee), also opt for a closed electoral event. In fact, the District has held closed primaries since 1974, according to the Atlantic.

Voters looking to participate in D.C.'s Democratic presidential primary had to have filed a change of their official party affiliation by May 16 and many did, according to the capital's voter registration data. A total of 4,495 voters joined the Democratic Party between the beginning of January and the end of May. (Interestingly, 4,074 voters are reported to have dropped their nonpartisan affiliation during the same time.)

Although Sen. Bernie Sanders and his supporters remain determined to see his campaign through to the end of the primary, delegate math makes it impossible for Sanders to sweep the Democratic nomination out from under Clinton without a miracle and the help of a few hundred superdelegates — only 20 pledged delegates are up for grabs in the Washington, D.C. primary and Clinton currently holds a 375 pledged-delegate lead over the Vermont senator, according to the Associated Press. Nevertheless, Democrats in the nation's capital will have their say Tuesday, allowing all of us to finally put this presidential primary to bed.