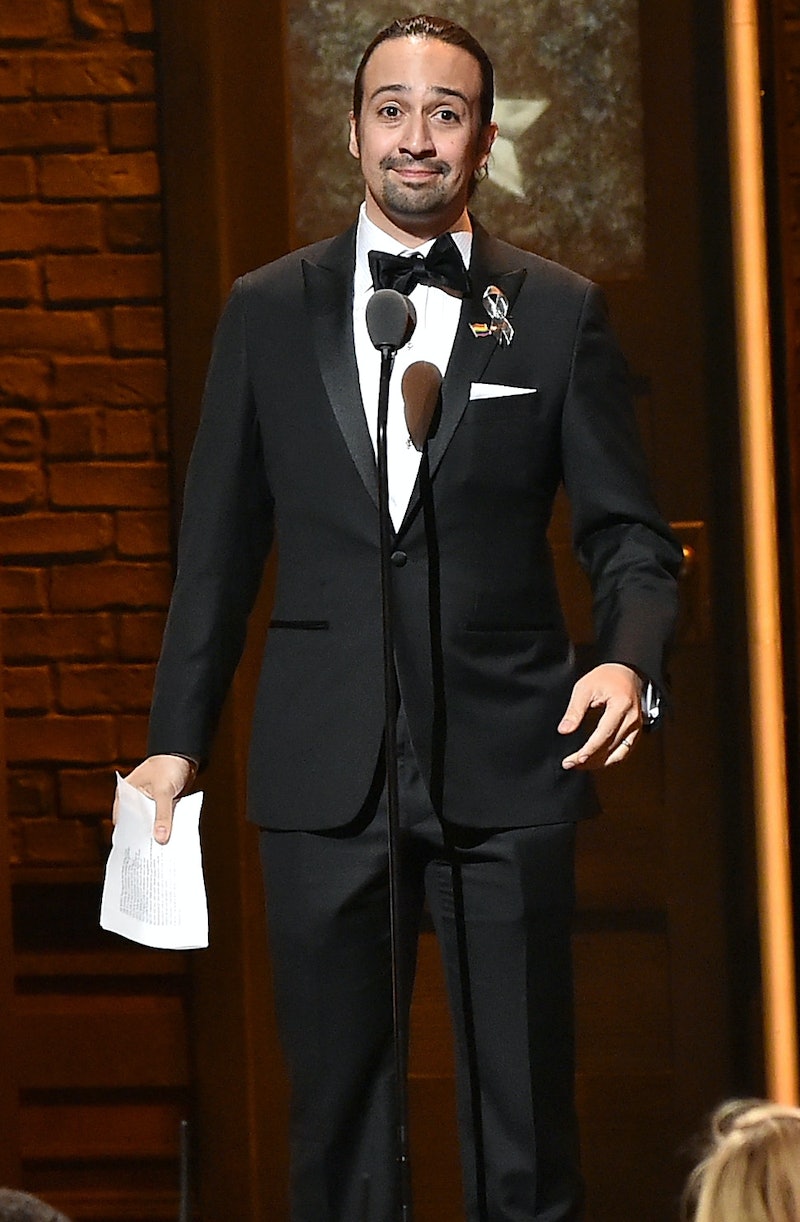 We can all finally relax! The mastermind behind this year's Broadway hyper-sensation Hamilton, Lin-Manuel Miranda, arrived at the 2016 Tonys. And he's totally rockin' it.

Miranda arrived in a classic black tuxedo with his shoulder-length hair tied back in a sleek ponytail. His sharp style choice comes as no real surprise considering he's no stranger to award show red carpets. He complimented the look with a pair of super cool sunglasses.

For those who may not know, Miranda is the actor, singer, rapper, and composer who created the year's most talked about Broadway show, Hamilton — which has been nominated for a historic 16 Tonys (and no, that wasn't a typo. Sixteen.)! The show also won the Grammy this year for Best Musical Theater Album, as well the Pulitzer Prize for Drama. Yes people, it's that good.

Before the success of his current show, Miranda made waves in the theater world as song writer and lyricist for The Heights, another Broadway sensation that earned him the Tony for Best Original Score. Oh, and he starred in it too of course. Did I mention this guy is really, really talented?

Miranda and the cast will be performing a number from the smash hit during tonight's ceremony. Needless to say, I can't wait.

And we got a peek at his wife, Vanessa Nadal's, stunning dress too.