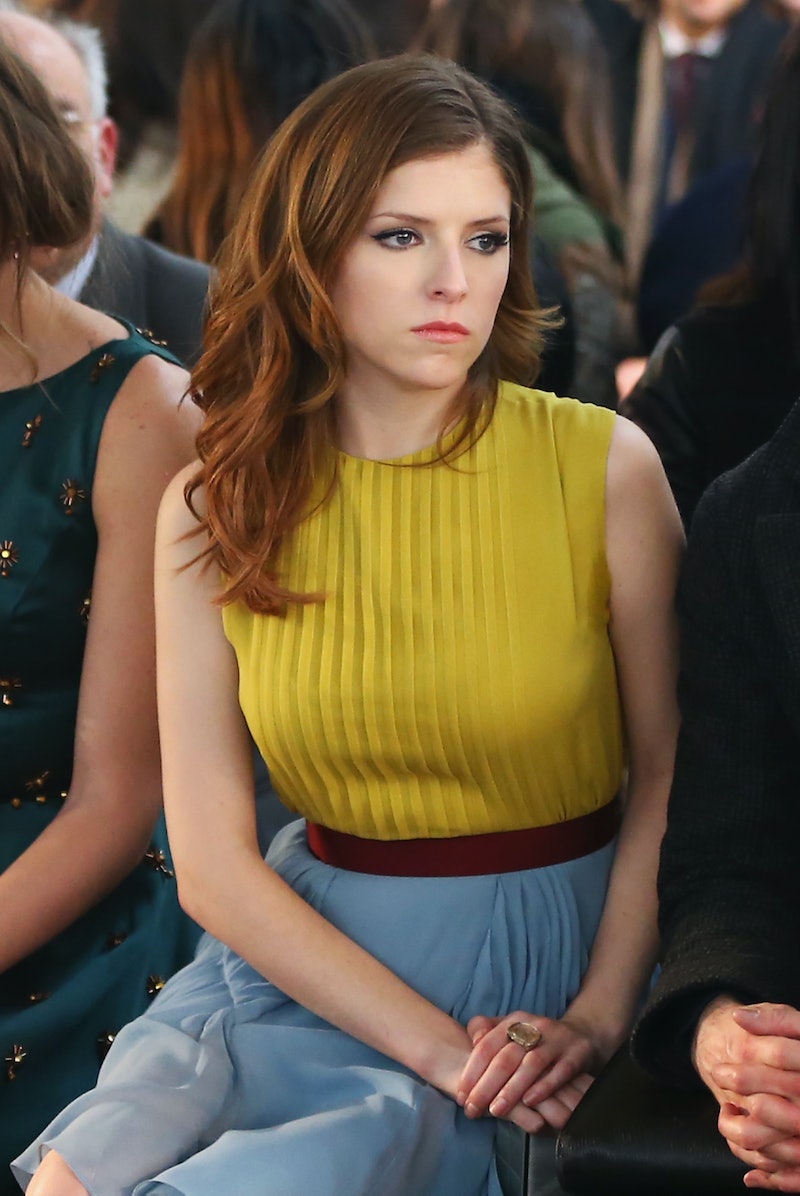 Outspoken actress and singer Anna Kendrick doesn't tend to beat around the bush about how she feels and what she thinks. Her latest interview proves to be no different. When discussing her latest trend of appearing in musical films with The Wrap, Kendrick admitted that she has had quite enough with singing.

“I never want to sing again, honestly. It’s hard as fuck,” she said.

Kendrick continued to explain that she was weary of shooting three feature musical films in a row, Pitch Perfect 2, Into The Woods, and The Last Five Years, because she was forced to take care of her voice and maintain discipline.

"I was like, I don’t want to have to think about my voice so much. I want to be able to drink beer whenever I want."

Surprising to some, Kendrick is no stranger to the business of singing. She was nominated for a Tony Award when she was just 12-years-old for her performance in the Broadway musical, High Society. She also appeared on stage in A Little Night Music and has proudly displayed her musical ability in the blockbuster hit, Pitch Perfect, and its corresponding chart-topping single "Cups."

So, while Kendrick claims that singing is "hard as fuck," she's made it look easy as fuck. Here are six times she's done so:

How can we forget when Kendrick's character Becca sneaks into the girl's shower room and nonchalantly belts out a version of "Titanium" while mid-rinse, only to be interrupted by Barden Bella captain, Chloe, who forces Becca to harmonize. Needless to say, she does it flawlessly and ends up being recruited by the group and saving them at the finals.

2. Reaching #6 on the Billboard Chart with "Cups"

Up until Pitch Perfect, we knew Kendrick only for her acting skills from films like Twilight and Up In The Air. When she released "Cups," not only was it incredibly catchy, but we were obviously impressed with her cup coordination skills. Plus, the song rose up to #6 on the charts. Casual, Kendrick.

Anyone who has seen the final Barden Bella performance in Pitch Perfect will agree that Kendrick kills it. Between her spot on choreography and Breakfast Club references, we can't help but raise our arms in triumph just like Jesse.

4. Performing for President Obama at the Kennedy Center Honors Ceremony

When Anna Kendrick took the stage at the Kennedy Center Honors Ceremony in tribute to Shirley MacLaine and with President Obama in attendance, she held her own amongst a stage of Broadway veterans and proved once and for all that there is a big voice inside that tiny body.

5. Becoming the Third Youngest Person to be Nominated for a Tony

More like this
The 'Love, Lizzo' Harry Styles Scene Is Just 1 Moment That Made Fans Feel Seen
By Brad Witter
The 'Love Actually' Reunion Is Missing A Major Player
By Bustle UK
This James Bond Event At Abbey Road Studios Was A 007 Fan's Dream
By Samantha Rollins
This Iconic ‘Love Actually’ Scene Drove Alan Rickman “Insane”
By Grace Wehniainen
Get Even More From Bustle — Sign Up For The Newsletter