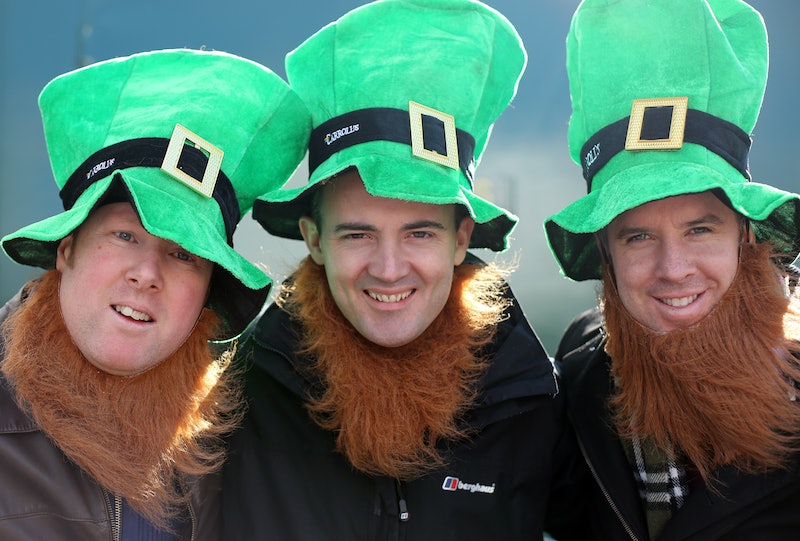 Happy (almost) St. Patrick's Day! It's that day of the year to don your green and hope to get lucky...and if not, then at least to have a damn good time out with your friends. If your game plan for the day-into-night is to marathon drink, or if you're just going to head to the pub for a single pint, it's nearly a requisite to get in the spirit somehow...and usually, that's with some good music.

But since you're probably aiming to stay on theme for the night, you'll likely have to put on hold your usual Beyonce mix and corresponding dance-a-thon. After all, before you even step into the pub and buy your first pint of Guinness, it's a key part of the celebration to get in the spirit with some booze... and some good old fashioned drinking songs!

These songs will kick off your rollicking night (or day), and will most definitely get you in the drinking spirit so grab some whiskey, a single malt, or a beer and start pre-gaming with these shanties. Here are 10 of the best drinking songs to pre-game to!

It's a PIRATE drinking song!

Doesn't the title say it all?

A classic drinking song! You'll probably hear a rendition of this one in a bar later.

4. "Whiskey In The Jar," Metallica

A head banging version of the classic song for whiskey drinkers.

...Because it's going to be a different kind of dance floor for you tonight, right?

This one makes it sound like you're at the bar already!

...Which is what you'll be saying to everyone else, later, anyway. The rallying cry of "fuck you!" makes it that much better.

This one has an old-timey, in-the-pub-feel to it, like you're actually chugging Guinness in Dublin.

One of those fateful tales of an Irish drinking man.

What better way to head off into the night?