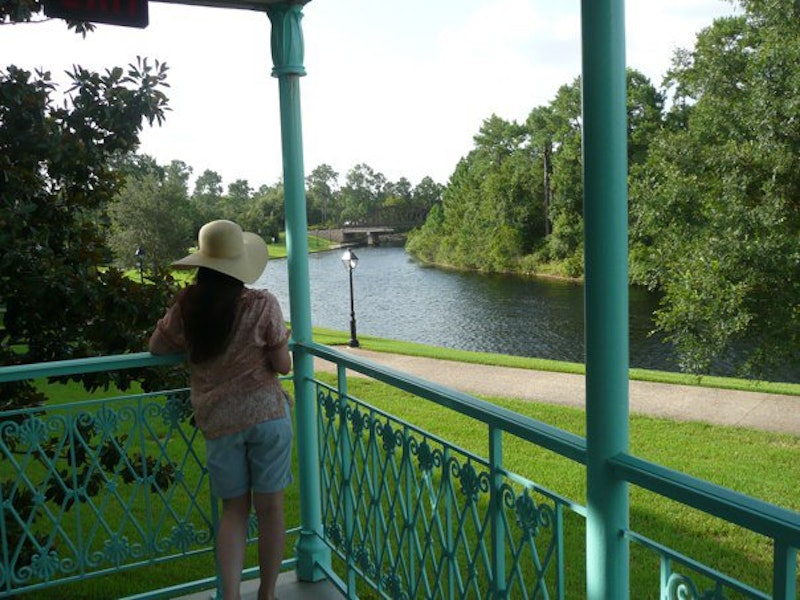 Late Sunday morning, I woke to the horrifying news that dozens of people had been killed in an Orlando nightclub shooting overnight. It was the deadliest mass shooting in U.S. history. For me, the devastation struck close to home: I lived in Orlando, Florida, back in 2011 while working for Walt Disney World and on President Obama's reelection campaign. As many who have also lived in the area can attest, this town quickly became my "home away from home." Since then, I've returned as often as possible to visit the people who became another family to me. Orlando harbors the most robustly inspiring sense of community I have ever experienced.

When I moved down to Florida on my own — by myself, for the first time away from my family — I wasn't sure what I would find. What I discovered was the kindest, most gentle-natured, hilarious, and caring body of people.

Within hours, I was accepted by this community. On my very first day of job training, a generous man gave me a lift back to my apartment from the hotel where we were both employed. We didn't even work in the same part of the hotel; he just saw that I had no concept of which buses to take to make it home and he offered his own time to assist a young woman he did not know. I never saw him again, but that was no matter; it is seemingly the inherent way of people in that area, I learned. My coworkers were no disappointment, and quick to receive me into their crowd without question.

This is not just my own experience. One major group of people who have thrived in this place are members of the LGBT community. I met countless individuals who weren't private about their sexuality; they felt that there was no need for such secrecy in this world of acceptance. Some of these individuals had not come out to their own parents, but felt innately comfortable enough to express their deepest secret at home in an open fashion among strangers.

It was a wild concept to think that some of these humans felt greater comfort from strangers than members of their families — and I saw it over and over again. The feeling of acceptance that members of the LGBT community express without reservation is something wonderful. Television and social media might have people believe otherwise, but Orlando is truly something special.

A friend of mine, Derek Smith — a former bartender at a local gay bar named Savoy — has been affected by the devastating events that took place at Pulse on Sunday morning. He has lost friends, and his friends have lost friends.

"Orlando gave me everything to become a fully-formed person," he says. "The community is a close community, and they helped me through becoming who I am. They helped me cope with being gay."

"It was there I discovered my sexuality, and with them, it made it OK to be me. I didn't have to hide from anybody. I could just be me. It's family. It's more than a community," he says.

Smith adds, "If anyone had a problem, they noticed, and people were there to help. You never have to ask for anything; they'll come through for you."

This shooting, for which ISIS has claimed responsibility, occurred in a place individuals have actively sought to reside because of its sense of community. So many have lived in Orlando safely and without judgment for a long time. Until Sunday.

To make matters worse, Pulse was the first gay club many of my friends in the LGBT community had ever experienced, making this not only gut-wrenchingly sad, but symbolic: for many, Orlando is actually the very first place they have felt authentically welcome.

Yet, somehow, despite the terrible events that transpired less than a day ago, it's already clear that Orlando, Florida has no intention of abandoning its compassion.

President Obama put it perfectly in his address to the nation earlier in the day.

Thousands of residents of the greater Orlando area have already waited in line for hours to donate blood to victims of the shooting at Pulse. Vigils are occurring in more than one location. Friends I know from starkly different walks of life are maintaining their friendships, and in solidarity.

If this isn't indicative of community, I cannot provide a greater example.

To my friends in Orlando: you have served as a home and a place of shelter for countless in need. You have imparted upon me a greater understanding of true hospitality, and so many others continue to depend on you. You are stronger than this abomination. Anyone who has experienced life from within the realm of your warmth will confirm this.

It is no surprise that your sense of community continues to thrive in the face of this atrocity.