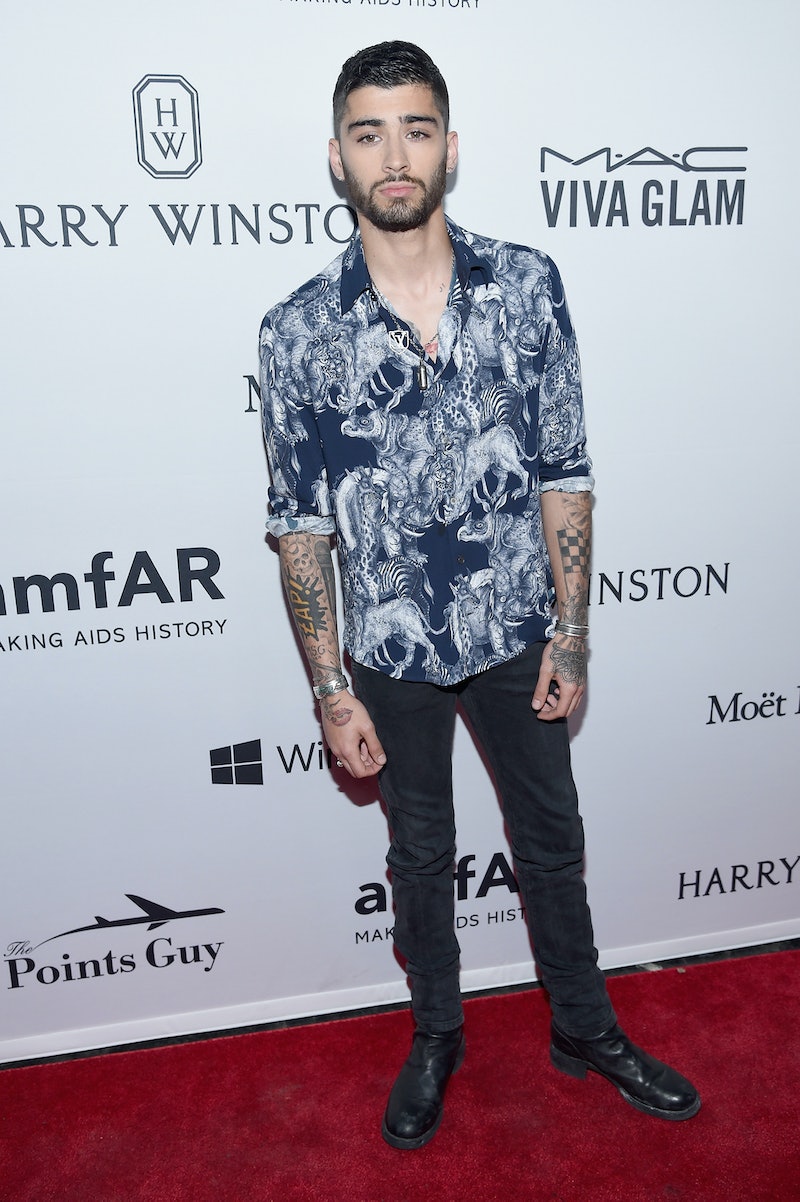 Former One Direction member and current solo artist Zayn Malik cancelled a recent show, and while that may have been disappointing to fans hoping to see him live, it was for a perfectly understandable reason. Malik cited anxiety as the reason why he wouldn't be able to make his Capital Summertime Ball appearance in London on Saturday night. The 23-year-old singer posted about his decision on Twitter, writing:

"I flew into the UK last night to appear in my home country in front of my family, friends, and most importantly my UK fans. Unfortunately, my anxiety that has haunted me throughout the last few months around live performances has gotten the better of me…with the magnitude of the event, I have suffered the worst anxiety of my career. I cannot apologize enough but I want to be honest with everyone who has patiently waited to see me. I promise I will do my best to make this up to everybody I've let down today."

While fans are surely disappointed to miss seeing Malik live, most Twitter responses to his post demonstrated support and sympathy. Gigi Hadid, the supermodel and Malik's back-on-again girlfriend, tweeted her own message to Malik showing her support, ending with:

We are all here to support you and make each experience easier. Your talent and good heart will never lead you wrong. Love you and so proud of you always.

Malik could have pretended to be physically ill before his concert or just simply not given a reason for the cancellation, but instead, he chose to be open about a personal mental health issue. it's incredibly important and admirable that he decided to be so honest and vulnerable with his audience about his anxiety, as it's a condition that affects 18.1% of adults in the US, according to Anxiety Centre, but is often viewed as a non-serious condition, something that hardly ever warrants taking time off from work or normal life. Yet as anyone suffering from anxiety knows, it's a very real issue that deserves attention and care. Malik's admission is a confirmation that anxiety is a real struggle that affects daily life, and it's something to be taken seriously.

Taking time off for mental health reasons is often necessary, but frequently shamed as an excuse for a person being lazy or weak. I'm sure that cancelling his show was not an easy choice for Malik, but it's one that was clearly needed. It's so impressive that he chose to be honest about his reason for canceling the show, considering how he's in the public eye with many eager fans. While aware that his decision would disappoint those wanting to see the show, Malik put his mental health first and made that choice clear to his fans, something that deserves our respect and admiration.