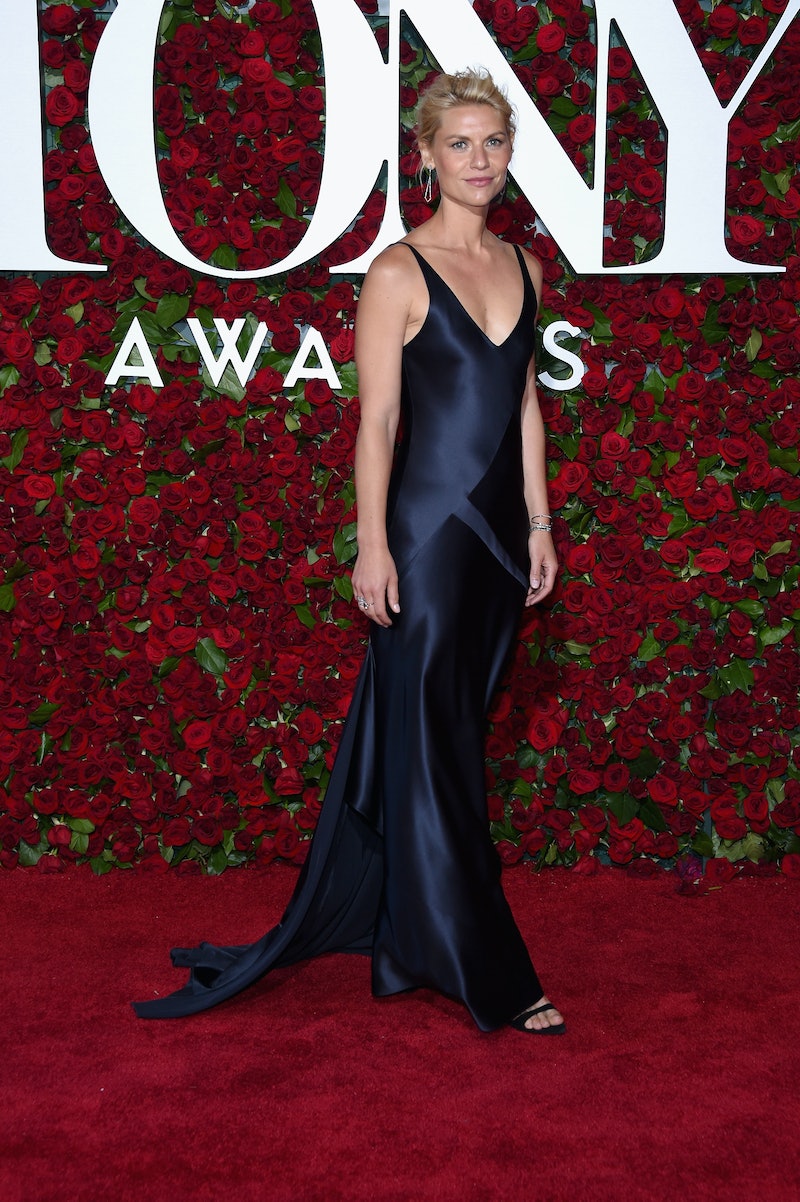 Many of our fave current stars first arrived on the scene in the '90s. Take Claire Danes, for example, who donned a decidedly '90s style dress at the 2016 Tony Awards. The Homeland star, who was presenting at the ceremony, was effectively paying homage to the decade which birthed her stardom, since she shot to fame as Angela Chase, an angsty teenager with a Kool-Aid red bob, on My So-Called Life. Danes wore a midnight blue, satin slip dress to the 2016 Tonys and it skimmed her frame. It totes looked like something the actor would have worn back in the So-Called day. Despite it being a bit of a throwback, Danes was not frozen in time nor was she trying to recapture her past and her youth. Instead, she modernized that '90s aesthetic.

Danes paired the simple silhouette with a messy, bright blonde updo. The extra dark sapphire, jewel tone of the gown was an excellent contrast to her porcelain skin and white hot hair hue.

The slip dress was huge — make that massive — in the '90s. It was often paired with a white t-shirt and chunky Doc Marten boots. Danes did not go that route with her 2016 Tonys styling, instead showing off just enough cleavage and rocking heels. It was an adult presentation, for sure.

Danes and her husband Hugh Dancy matched in dark blue. They were in sync and in step!

Lastly, Danes' makeup was barely there. Save for that slick of soft pink lip gloss, Danes showed up to the 2016 Tonys with a perfectly executed "no makeup" makeup look.