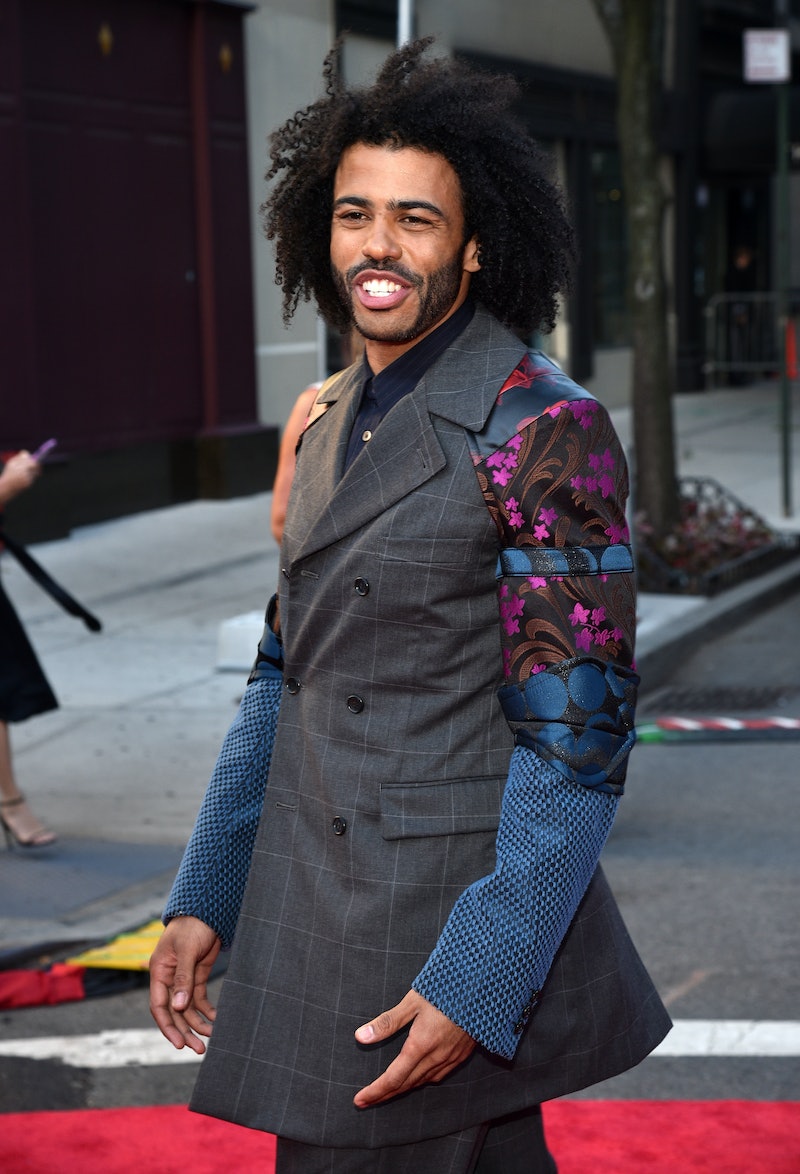 If you're been tuning in to 2016 Tony Awards, then you may have noticed that one of the night's biggest stars isn't one of the actors (although they've admittedly been rocking it); it's Hamilton actor Daveed Diggs' super unique choice of jacket.

For those of you who missed it, I'll do my best to describe what was goin' on. He (or whoever made the jacket) took a retro-looking striped gray suit (normal-sounding enough, right?), and replaced the sleeves with a blue and purple floral print of an entirely different fabric and texture. It looks kind of like a super funky and creative coat of armor.

And whether you're absolutely loving it or hating it, Diggs is rocking it with such utter ease and confidence that you can't help but admire him for letting his creativity fly and clearly staying true to his personal aesthetic.

Also, his outfit is probably the last thing he's thinking about right about now, considering he took home the Tony for Best Featured Actor In A Musical. His acceptance speech was both humble, funny, and touching, so jacket or not, I definitely have a new Broadway crush.

And of course, no style risk would be complete without a chorus of comments from Twitter, of which Diggs jacket has received a lot. Here are some of the best for your perusing pleasure.