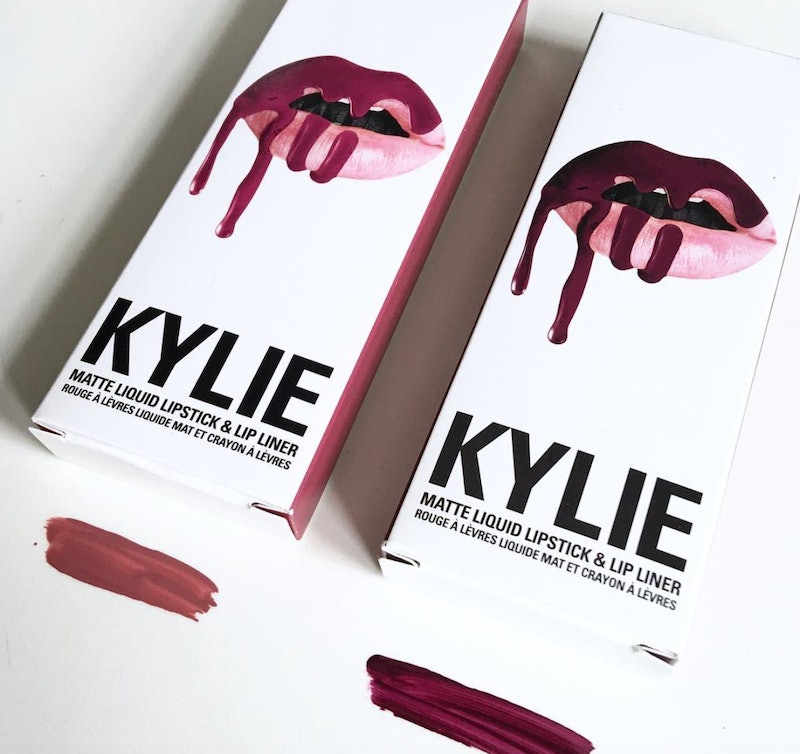 There have been so many game-changing makeup launches in 2016. From Jeffree Star's Beauty Killer palette and Skin Frost highlighters to Glossier's Phase 2 Set to the BECCA x Jaclyn Hill Champagne Glow Collection, it's been a #ByeMoney year for beauty junkies. Kylie Cosmetics, from Lip Kits to Kylie Glosses to Metal Mattes, have also been repeat best-sellers, attaining cult status all the while frustrating anxious customers who have been shut out from purchasing the long-term and newly launching shades. I have successfully purchased all sorts of Kylie Cosmetics products since February, from multiple Lip Kit shades to the Glosses, by following these seven Kylie restock tenets.

Since I had been grabbing shades and formulas I liked, I didn't need to shop every restock, especially of the colors I don't prefer, like the purple Kourt K; it's too dark and gothic for me! However, with new shades and restocks last week, I made two purchases and saw some changes in how to shop Kylie Lip Kits and beyond.

The most significant changes? Well, I will outline them below.

Last Monday, June 6, I easily walked onto the Kylie Cosmetics site without incident at approximately 7 p.m. ET, one hour after the mattes were restocked. Most of the shades were sold out at this point. But the nude Exposed Lip Kit wasn't. I had already been toying with the idea of getting it.

Since it was there and I could easily add it to my cart, I bought one. It took only a few seconds to process. I was shocked, since it was at the end of the restock and other shade supplies were drained. During previous Kylie Cosmetics shopping excursions, it took some time for the order to process. It would buffer before confirming or send me back to my cart to start over.

That didn't happen here. It took all of three minutes to select and purchase. Maybe it's because I was shopping what was picked over and Lip Kit koveters were now long gone? It doesn't matter to me, since my goal was to get Exposed... literally not figuratively!

The Metal Mattes have been on my radar since they were announced. I decided to commit to purchasing Heir, the pink x gold metallic, because I liked it the best. When the Metal Mattes went on sale on Friday, June 10, I attempted to make a purchase via my phone because I was in transit. I logged on at 4:30 p.m. ET, as soon as the restock began. It took several minutes for the order to process, due to the volume of users. But the purchase was eventually successful.

So the two main things I noticed were what appeared to be the availability of more product and a speedier, more efficient encounter.

I think the team has been working hard to improve the user experience on the backend and the manufacturer is creating more product. The brand has been posting that the restocks are bigger than ever via Insta posts.

Hopefully, if you've been trying to shop a KLK, you have finally gotten what you want. I know I have!