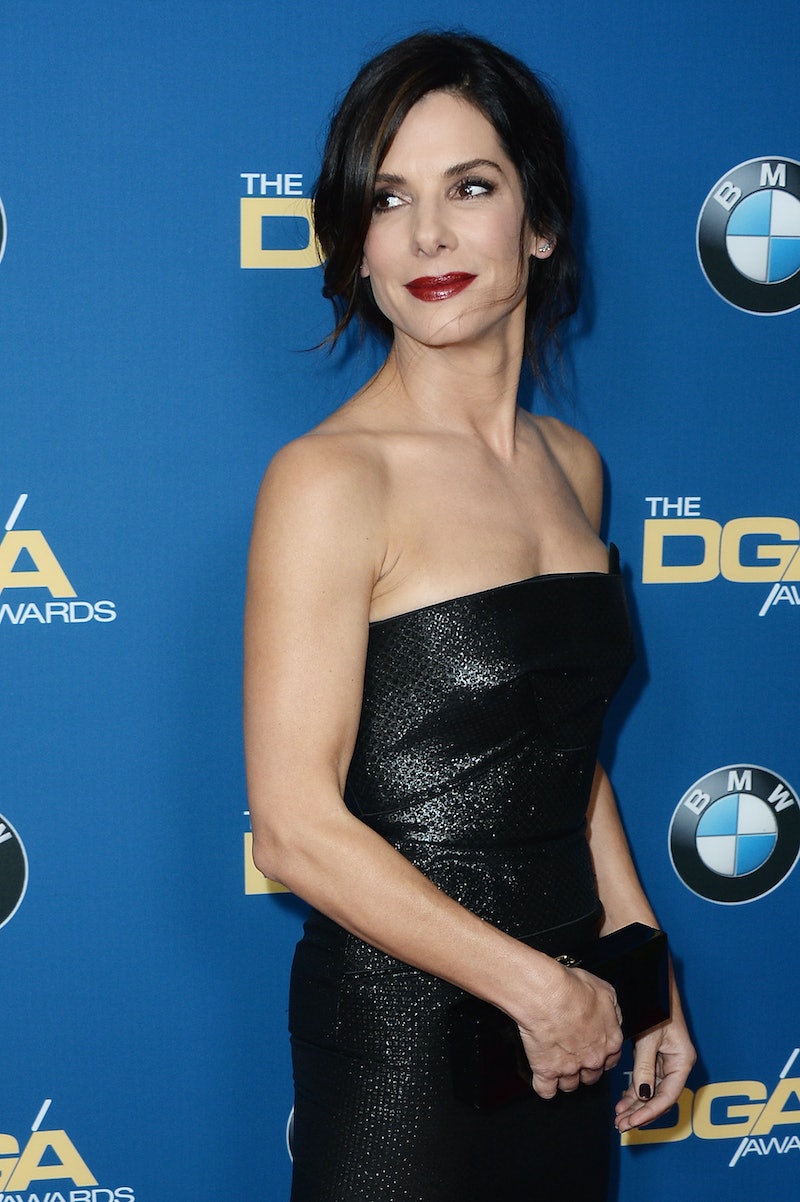 We all have our theories on who will take home awards on Oscar night, but one person who thinks he knows best is Thomas John, an Oscar-predicting psychic. John predicted four out of the five top categories last year and even knew that Jennifer Lawrence was going to trip on her way up to the stage. Sort of. At the time John said, "I saw a woman with lighter hair like tripping or something." He didn't know it was Lawrence specifically, but that's still a pretty good job; although, if a blonde woman had simply tripped on her dress on the red carpet he would have still been correct. Tricky, tricky!

So what does John see happening this year? He predicts acting wins for Matthew McConaughey, Lupita Nyong'o, Jared Leto, and Sandra Bullock, and thinks 12 Years a Slave will take home Best Picture. Obviously, Bullock is the big surprise here since Cate Blanchett is expected to win, but all the rest of John's choices are the frontrunners. This extremely obvious method of choosing makes sense when you hear how John explains his choices.

Of Jared Leto, John says, "I just see him being up there, so I feel he's going to win it. I also feel that it's the more striking performance." Psychics agree with the rest of the world that the best performers are most likely to win, apparently, because he had the exact same reasoning for Nyong'o and McConaughey. Bullock was a wild choice though. How did he come up with that one? "I just feel that she's the bigger name, really."

No crystal ball? No premonitions in dreams? Just the bigger name and universally agreed upon great performances? Okay, dude. We'll see. I'm thinking John might get to claim four out of five next year too. Right along with everyone other movie fan.