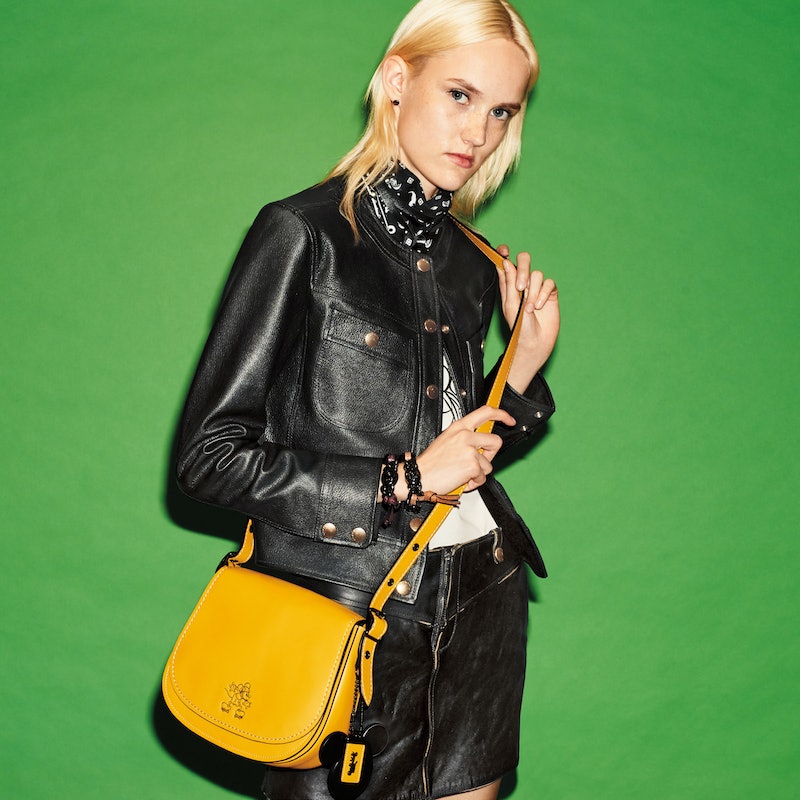 Coach sure knows how to celebrate an anniversary: For their 75th year in business, Coach is celebrating the milestone with a cheeky Disney collaboration, bringing the iconic silhouette of our favorite mouse to their collection. But is the new Disney and Coach collaboration limited edition? Is it going to hang out on shelves just for a hot minute, or could we take our time saving up for those pretty price tags?

It appears that we might have to hustle faster than we'd like. According to Coach's press release, "The collection is part of a series of exclusive, limited-edition projects that celebrate American pop culture, and commemorate Coach’s 75th anniversary." Meaning: Get it while you can.

While the collection won't officially release until June 17th in both stores and coach.com, that only gives you a mere four days to decide if you want to jump on the bandwagon or not. Buying designer usually takes some consideration and thought, so looking at the inspiration behind the collab might help you decide.

According to Coach Creative Director Stuart Vevers, he chose a collaboration with Disney because the two houses share something in common: They're both American pop icons, and they have that same spirited, cheeky vibe.

Vevers explained in the press release, "Mickey Mouse is one of my earliest memories of American pop — his nostalgic charm, cheekiness, individuality and inherent cool make for the ultimate American icon,” he said. “I’ve always seen Mickey as a playful rebel at heart and a timeless symbol of joy and creativity. That spirit reinforces the new youthful perspective we are bringing to luxury at Coach.”

With the likes of studded leather jackets, purses with bold Mickey ears, and clunky, urban sneakers, the line exudes nothing but confident youth.

Vogue described the collaboration, stating, "All of the items in this irresistible collection — from the leather jacket with the studded silhouette on its back, to the T-shirts, to an impressive array of handbags, backpacks, purses, and totes, feature a certain mouse, caught in a variety of irreverent poses." It puts a smile on your face just thinking about it.

But why does it have to be limited-edition? And why was it kept such a secret? Vevers told Vogue, "It’s fun to do something you don’t tell anyone about, sort of buy-it-now, a big surprise! Fashion should be like that." Knowing something could be gone soon only makes it more precious. So mark your calendars — only a handful of days left!